With college set, Bartleson can focus on Boyle’s goal 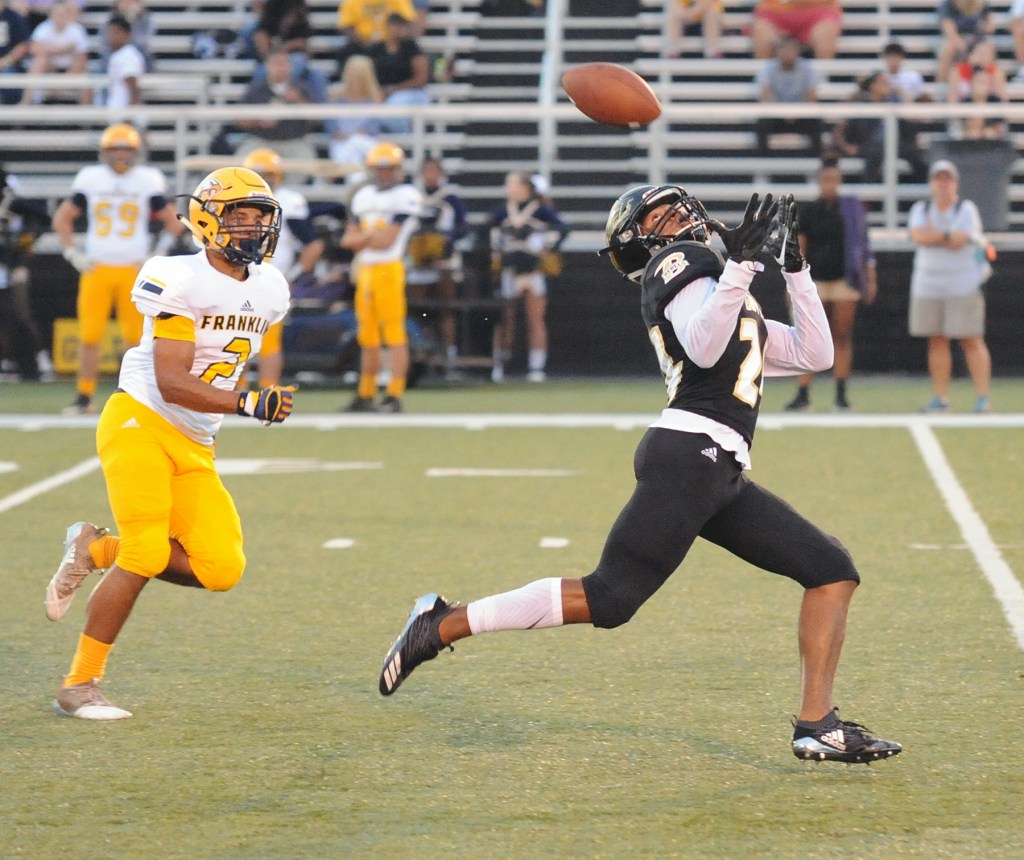 Boyle's Landen Bartleson said that he knew from the first visit that he wanted to go to Notre Dame. (Photo Matt Overing)

For those wondering what Notre Dame commit Landen Bartleson might be able to do for Boyle County his senior season it didn’t take long  to find out.

On his first run against Louisville Iroquois in the Fort Harrod Bowl Saturday night at Mercer County he broke loose for a 65-yard touchdown run. By midway of the first quarter Boyle had a 29-0 lead — Bartleson and other starters didn’t play again — and when it got to 36-0 with about three minutes left in the first quarter, the running clock started.

“We heard a lot about them and how their numbers were down and they might even cancel the game but we still had to come with the same mentality whether they were the best or worst team in the state. We have to play with that same state championship mentality,” said the 6-foot-1, 185-pound Bartleson.

That winning mentality is part of what Notre Dame liked about Bartleson. He ran for 768 yards and 12 touchdowns on only 109 carries last year after rushing for 1,143 yards and 20 scores in 2017. He’s also a three-year starter in the secondary — where he’s expected to play at Notre Dame. 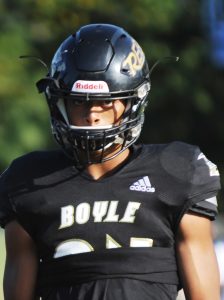 He has a 35-inch vertical jump, has been timed in 4.5 seconds for the 40-yard dash and is ranked among the nation’s top 500 players in the 2020 recruiting class by one recruiting service that also has him No. 5 in Kentucky.

Bartleson said things “definitely slowed down” recruiting-wise after his commitment and that has given him more time to prepare for this season as well as his college career at Notre Dame.

“I have not heard much from other schools since my commitment. I am all the way locked in with Notre Dame and I think other coaches understand that,” he said. “I took a couple of visits to Notre Dame and had other visits set up to other schools but they showed me the most love and that’s where my heart was at. I am a big people person and that was like a perfect fit for me at Notre Dame.”

He did not grow up a Notre Dame fan and has no Notre Dame fans in his family. But he says he “kind of fell in love” with the Irish on his first unofficial visit.

“I still went through the recruiting process but that is kind of where my heart was at the whole time. I just wanted to make sure that was right, so I kept visiting but I am all the way in with Notre Dame and have been for a while,” he said.

What about the cold winters? “I know. I will have to get used to that,” Bartleson laughed and said.

He got his scholarship offer to Notre Dame in November during his unofficial visit when the Irish beat Florida State.

“All the games are usually sold out. It’s a different, unique atmosphere there. Those people are all football,” he said. “I just loved being around the coaches, the fan atmosphere, the players. The talent is so good there.”

He knows just because he’s being recruited as a defensive back might not mean he ends up playing in the secondary.

“I know you can go to college and end up playing a position you have never played before, so I understand that,” Bartleson said. “I am just ready to do what it takes to get on the field when I get there.”

The Rebels’ goal is a 15-0 season and Class AAAA state title. They went 14-1 in 2017 and won the Class AAA crown with the only loss coming to Danville. Last year they won their first 13 games but lost 21-0 at Corbin in the Class AAA semifinals.

“Yes, 15-0 is the goal,” Bartleson said. “We know we have to work for that every day.  Nothing will get handed to us. We have a lot of people from the ‘17 team that knows what it takes to get there.

“It will be a grind and we know we have some good competition, but I know our team is ready. We need all 11 players playing together. We grind every day in practice. We are really pointing to playing as a team and grinding every day to make sure we don’t have any letdowns.”