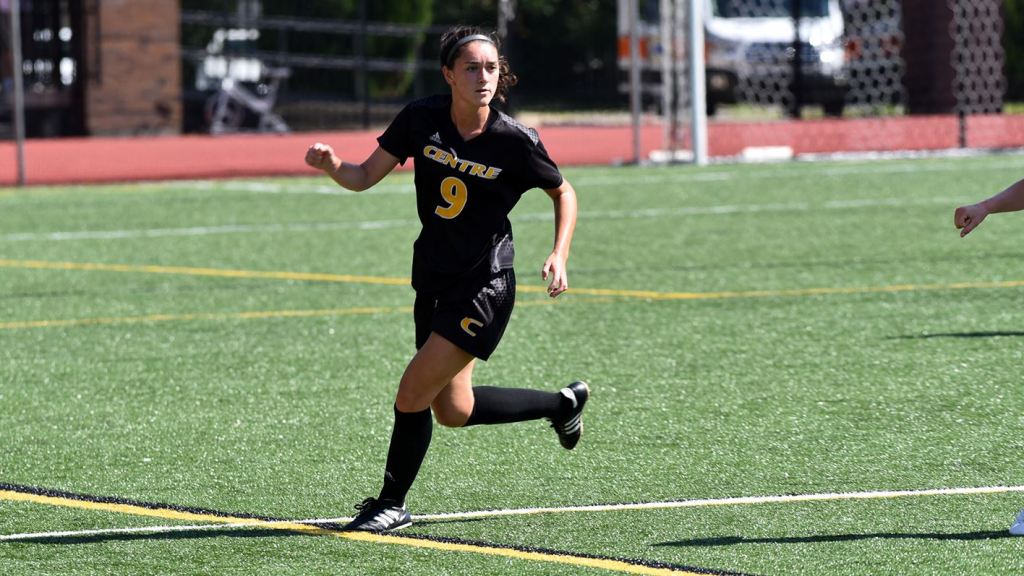 Senior Gillian Gurney is one of the returning players for the Colonels, who are ranked No.9 in the D3soccer.com preseason poll. (Photo Kyle Piercy/Centre Athletics)

Centre women’s soccer is ranked No. 9 in the D3soccer.com Preseason Top 25, it was announced late last week.

Using a combination of statistics, strength of schedule, roster composition and other factors, the outlet determined the Colonels merited a top-ten distinction.

The report from the site says, “The 2018 Colonels were a young side that returned to the Top 25 after a one-year absence. A sizable group of rising juniors and seniors accounted for 81 percent of starts and 85 percent of a high scoring attack. [Most of the] defense, which yielded a meager 0.32 goals per game is also back. Centre also boasts an impressive group of 2018 United Soccer Coaches honorees led by All-Americans M Averi Faulk and D Jessie Turner; while F Alana Hughes, M Meghan Paynter, and GK Sarah Stodghill received All-Region recognition.”

Centre went 21-1 while finishing the regular season undefeated and untied in 2018, and is looking for a ninth consecutive trip to the NCAA Tournament in 2019.

The Colonels reached the NCAA “Sweet 16” for the third time in the past five seasons last year, and ultimately matched Washington Univ. with a Division III-high .955 winning percentage.

Centre opens the season Aug. 30 at home against Covenant, with first kick scheduled for 7 p.m.