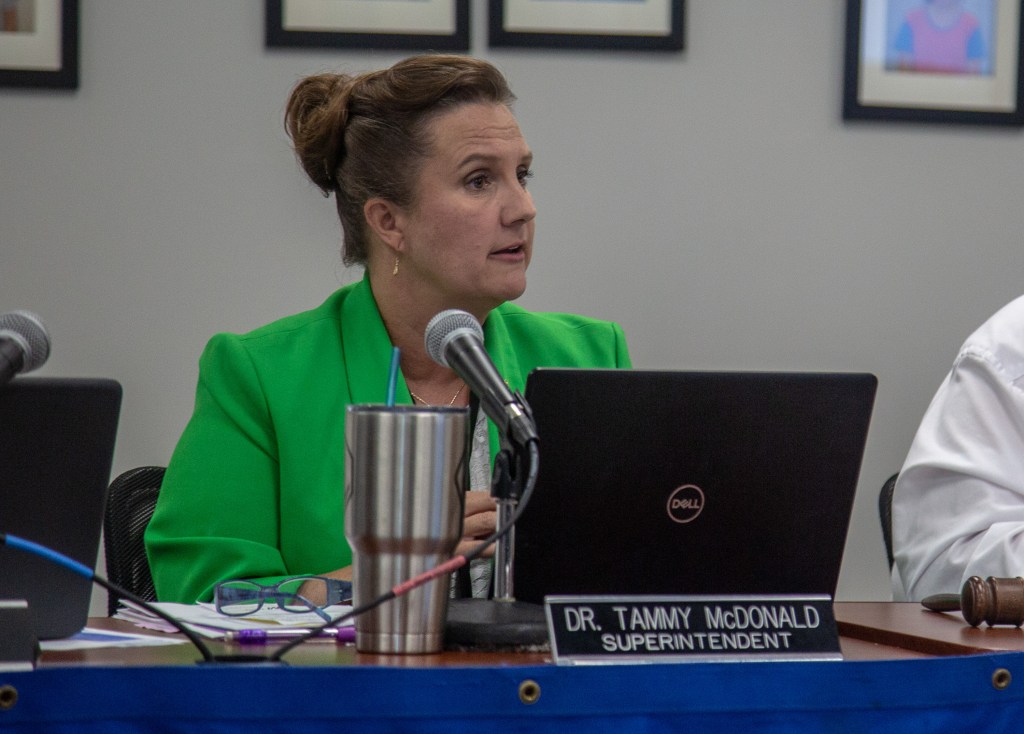 Danville Schools will collect more than $400,000 in additional property taxes this year. The school board voted 4-1 Wednesday night to increase its real-estate property tax rate from 94.6 cents per $100 of assessed value to 98.5 cents — the maximum increase allowed by state law without triggering a potential voter recall.

Board members Paul Smiley, Glenn Ball, Troy McCowan and Lori Finke voted for the increase following a half-hour public hearing, during which no one from the public signed up to speak. Board Chair Steve Becker cast the lone vote in opposition.

Prior to the vote, Superintendent Tammy McDonald warned the board that the district’s current financial trajectory was unsustainable. The district has been operating at a loss for multiple years in a row: This fiscal year, it expects a deficit of more than $240,000; last year, it outspent revenues by more than $1.35 million; the year before that, it was in the red by almost $790,000.

McDonald said if the school board continued to avoid property-tax increases and expenses increase at a modest 1.25 percent per year, by fiscal year 2022, the district’s reserves would be so low that it would be at risk of not being able to pay its bills. It could also put the district so far behind in generating revenue that it might not be able to dig itself out easily, she warned.

McDonald provided a model projection assuming the board avoided any significant tax increases through fiscal year 2022, and then opted for the maximum non-recallable increases in fiscal years 2023 and 2024. The model shows the district’s general fund plummeting below $1 million in 2023 and then landing below $200,000 in 2024 — an amount that represents just 0.7 percent of the district’s annual budget. The Department of Education wants all school districts to maintain a contingency of at least 2 percent.

But McDonald emphasized the board has done good things with the money it has spent recently, and some of the bigger deficits recently have happened so the district could benefit through much improved buildings and instructional programs that exceed what’s available in many other districts around the state.

“We have put ourselves in a good place. We have strong programming. We have really good facilities that do not need work at this point,” she said. “At this time, we need to kind of shift our thinking from spending to building back our general fund.”

“We’re not broke by any means. We’re actually in a very strong financial situation,” he said. “But we do have to look down the road.”

When it was time to vote on a tax rate, Smiley made the motion to choose the maximum increase presented by McDonald.

“It’s not an easy decision to raise taxes,” he said. “… I don’t think we can kick the can down the road and do (an increase) at a later time.”

Finke seconded Smiley’s motion. She was in favor of a smaller tax increase last year, but the board voted to keep tax revenues essentially flat.

“I feel like (this increase) is what we need to … build back our reserves, but also to help cover for what the state isn’t giving us,” Finke said, referring to statistics from McDonald showing that Kentucky used to provide around 60 percent of the school district’s funding, but now provides less than 40 percent.