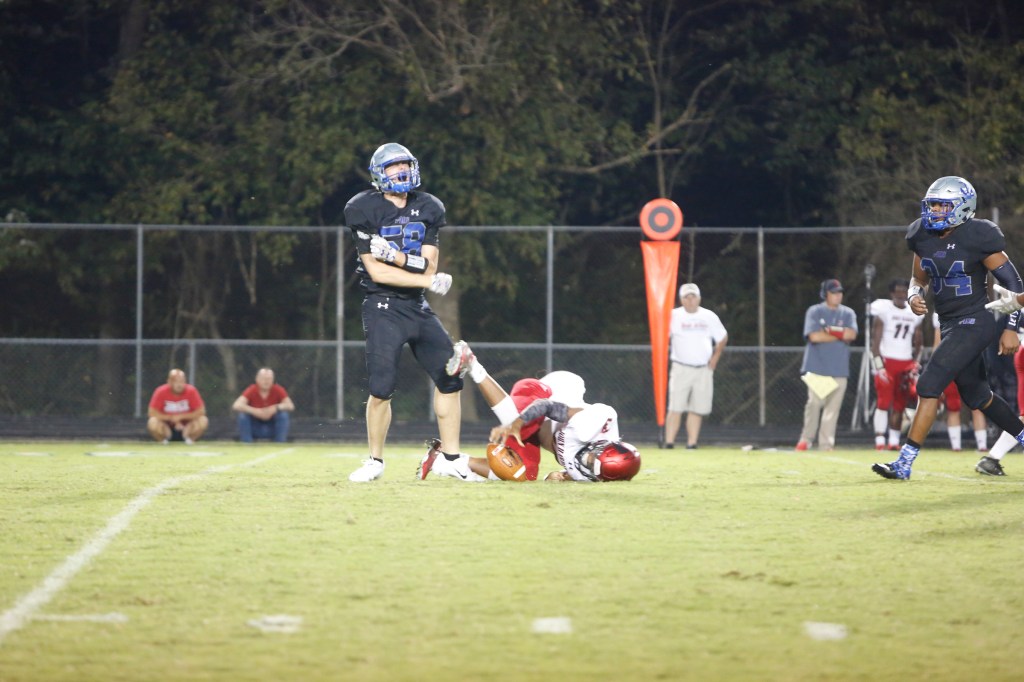 For many high school football players, the beginning of summer workouts is the worst part of the year. But compared to basic training for the Army? Danville senior Nicholas Price-Hancock found out first hand how good he had it on the field.

“Summer workouts before I left for the Army always seemed really hard. It was really hot, we were out running on the blacktop 10 straight minutes of jogging, walking and sprinting,” he said. “I didn’t want to get up, I didn’t want to come in but I knew I had to. Then I left for basic training and it gave me insight on how easy stuff like that really was.”

“It makes you, as a coach, want to send them all to basic training for a month,” Danville coach Clay Clevenger joked.

Price-Hancock decided to join the Army Reserves this summer, completing basic training while his teammates went through the grind of training camp. For him, finding direction in life after high school was the driving force.

“For me it was just that, a lot of people my age don’t really know what they want to do,” he said. “I felt like the Army is a great stepping stone to be able to figure that out. It leads to a lot of opportunities. I come from a military family so that was another key aspect.”

Price-Hancock hasn’t been back with the team long, but after only one game, he can already feel the difference the Army made on him.

“That first game, I was flying around and clapping. I was getting loud and trying to get everybody hyped because of going through what I went through this summer,” he said. “Only one percent of Americans serve in the military. If I’m part of that one percent that’s looked to to be role models and leaders then that’s got to apply to football.” 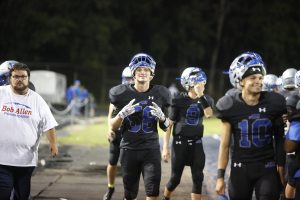 Danville coach Clay Clevenger said he can tell the difference the Army made on his senior. (Photo Mike Marsee)

That leadership is important on a Danville team that’s starting mostly new faces after losing 19 seniors from last year’s team. And Price-Hancock naturally has filled that role after his summer.

“You can also see he’s not afraid to challenge some of these younger guys to step up their game,” Clevenger added.

One of the most noticeable changes for the senior is his work ethic, which just comes with the territory of basic training.

“He’s really changed. It’s night and day with him to be honest with you. His overall attitude and sense of urgency is the most noticeable,” Clevenger said. “He’s really taking things a lot more serious.”

One of the challenges to re-adjusting to life on the gridiron is building his strength back up. Basic training, Price-Hancock explained, is more about stamina than strength. He said he has noticed a difference in the weight room and while he can do “thousands of push-ups no problem”, the weight he can move has dropped.

“He came back and had lost quite a bit of weight, but in just two weeks he’s picked back up 10 or 12 pounds,” Clevenger said. “That’ll come back fairly quick because he’s not running 16 miles a day. It’s just a different type of work and a different type of training.”

“The big difference is that the Army — physical training is all about endurance and being able to go and just having a high motor that’s just constant. In football, it’s seven seconds of explosion followed by 30 seconds of rest,” Price-Hancock added.

While the leadership and endurance are noticeable, and are paying dividends for him on the field, the biggest thing Price-Hancock has brought back from basic training? Discipline.