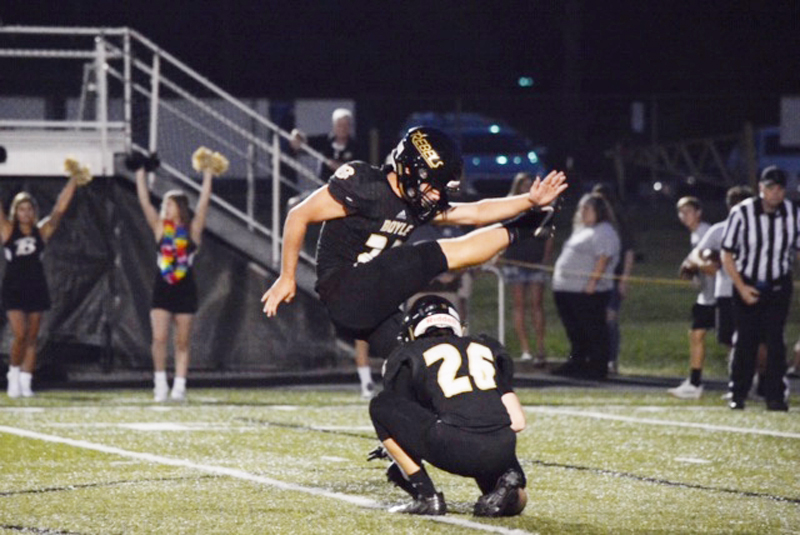 Boyle County sophomore Jackson Smith is already one of the most sought after kickers in the country. (Photo submitted)

He’s only starting his high school sophomore season but Boyle County punter/kicker Jackson Smith already has a good feel for what big-time college football is all about.

Of course, when you are the top ranked punter/kicker in the 2022 recruiting class, big-time schools come calling.

“I am just keeping my eyes open and seeing it all plays out,” Smith said.

He did admit that his time at Alabama was “amazing” for many reasons.

“You look up and all the players are walking to go to practice and they are all just so huge,” Smith said. “It’s really amazing to see the facilities there, too.”

He has a special connection to UK — his father, Andy Smith, an all-SEC punter at Kentucky in 1999 when he averaged 43.7 yards per kick and led the nation with only 58 punt return yards all season.

“It is special going to Kentucky, especially after the season this last year where they won 10 games. It’s a big deal,” the Boyle sophomore said.

Smith going to so many camps did make him better even though he was Boyle’s starter last year and is ranked No. 1 in his recruiting class. 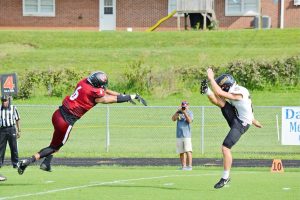 “I got a lot better, met new people and picked up my game a lot. I really don’t think about the rankings when I am at camp. I just think about being the best at that camp, not being No. 1 in the nation. I want to show I am the best,” Smith said.

He doesn’t let the national ranking impact his practice routine, either.

“I can’t have the mindset that I am the best or I am good. I just have to come in every day to work and be the best that I can be knowing that I am not better than everybody else,” he said.

He says his accuracy, distance and hang time are all better than a year ago even though he’s not quite sure what his field goal range might be.

However, his kickoffs might not always find the end zone because of his emphasis on accuracy.

“I wouldn’t say I am disappointed (if a kickoff does not make the end zone). I am just focusing on putting the ball in the corner (of the field) where our coverage team can get down and make tackles,” Smith said.

“I would like for it to be in the end but I am more focused on accuracy than distance right now. But the winter weight lifting helped me get stronger and I am kicking higher and a little bit farther.”

His weight has gone from about 165 pounds last year to 180 pounds this season and he’s now up to 5-11. That’s important because he’s also playing receiver — he had an acrobatic touchdown catch in Boyle’s season-opening win over Iroquois last week — and outside linebacker.