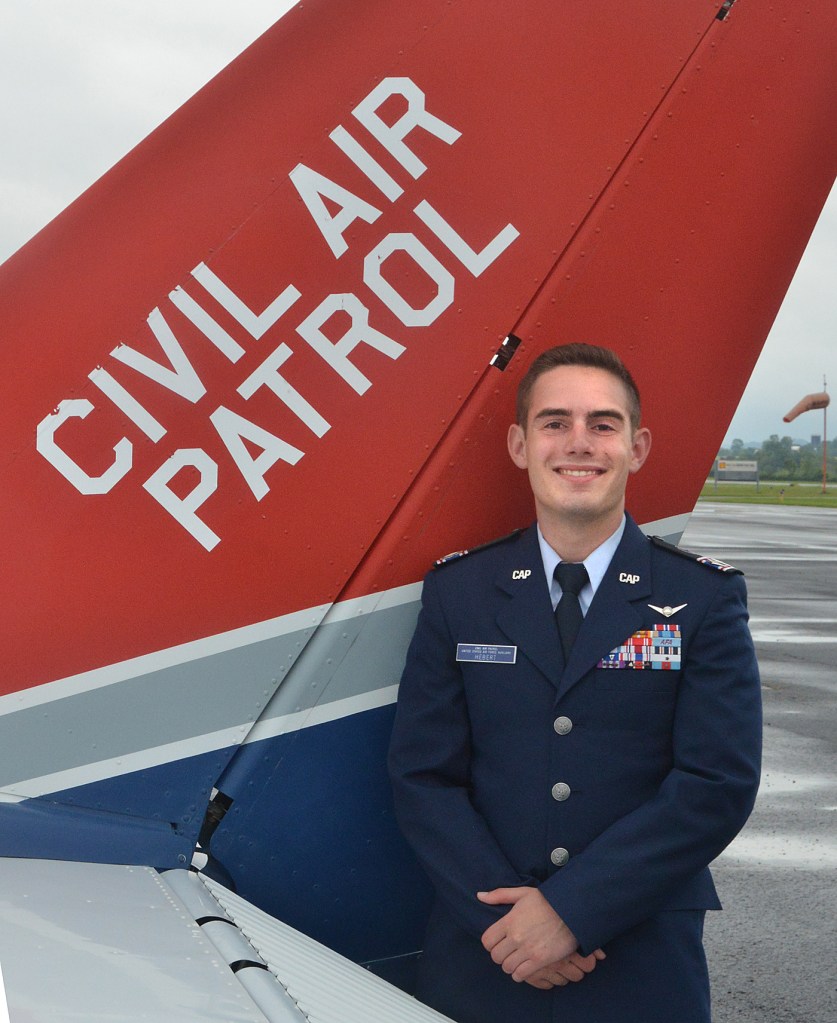 Civil Air Patrol National Cadet of the Year is Col. Ryan Hebert of the Stuart Powell CAP Squadron 122, which is headquartered at the Danville-Boyle County Airport. (Photo by Robin Hart)

A member of the local Civil Air Patrol (CAP) has been named the National Cadet of the Year. 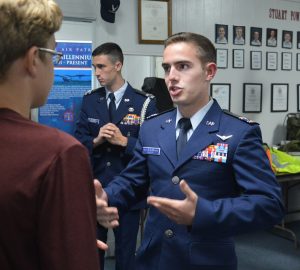 Formerly a member of the Van Meter Cadet Squadron, Hebert helped organize the Stuart Powell squadron from the ground up about two and a half years ago. Today, the unit has 18 cadets and 19 adult members.

Hebert has served as Kentucky Wing executive cadet commander and cadet commander of the Wing’s Rocketry Weekend and as the Stuart Powell Cadet Squadron’s cadet commander, emergency services officer and communications officer. He was also a standards and evaluations staff member for the 2017-2018 Florida Wing Winter Encampment.

Hebert has participated in and staffed a wide variety of CAP camps and activities since joining the organization in January 2014. He proved his leadership skills in 2018 as chairman of the Kentucky Wing Cadet Advisory Council and as Cadet Commander of the Wing’s Summer Encampment, according to a CAP news release. Hebert is a member of the Great Lakes Region Cadet Advisory Council, was a seminar Leader at the Ohio Wing Noncommissioned Officer Academy and attended the Great Lakes Region Cadet Leadership School.

Local squadron Commander Nick Birt said Hebert is one of the main reasons he and his daughter, Chloe, joined the CAP squadron, which is located at Stuart Powell Field outside of Junction City.

“What makes Ryan so special is that he is a truly humble young man who always has time for his fellow cadets and is never above any task he is asked to perform. … He is a true leader,” Birt said.

Hebert said he thinks he was given the award because “it’s a combination of how I’ve reached every facet of the program. I’m just really trying to make an effort to make the program better, and not in just one area.” He said he tries to focus on CAP’s three main missions — cadet programs, emergency services and aerospace education.

Hebert is a homeschool student and lives with his family on the border of Casey and Pulaski counties. Right now he’s concentrating on finishing his senior year, and is a dual-credit student at Somerset Community College, where he also tutors other students in chemistry. He has already earned his glider pilot’s license, but is waiting on pursuing a mechanical pilot’s license. “I’m kind of pressed for time,” right now because of school, CAP activities and going through the application process to attend the U.S Air Force Academy. “I think I’m going to finish off my powered license while I’m at the Air Force Academy.”