UK commit “all-in” on Cats despite interest from other schools 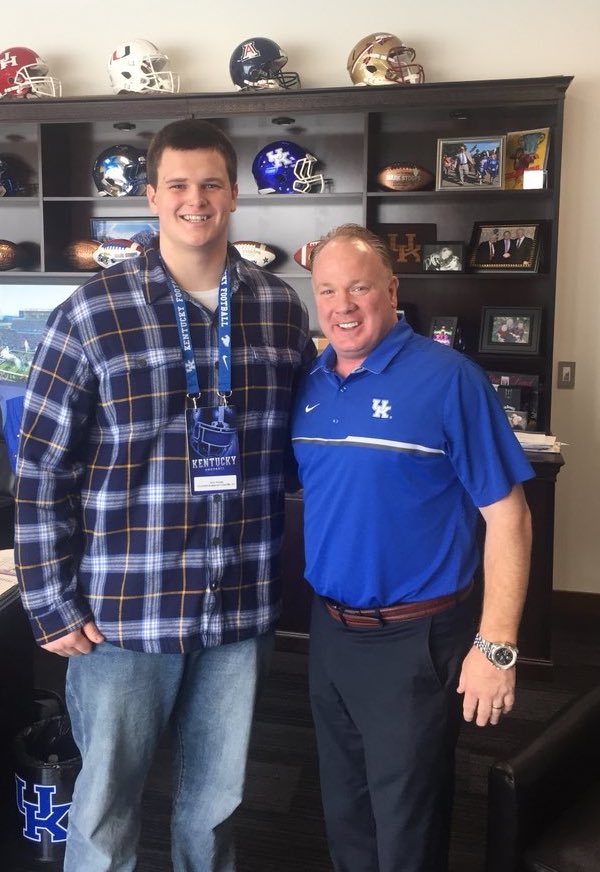 Offensive lineman John Young is not surprised by Mark Stoops' recruiting success and is doing all he can to help UK get even more 2020 commitments. (Photo submitted)

Louisville Christian Academy junior offensive tackle John Young has had a few schools continue to recruit him hard but he insists his recruitment is a “done deal” for Kentucky just as he said when he verbally committed in April.

“I still talk to the UK coaches. They all texted me before our (first) game wishing me luck and then congratulations after we won.”

“I think that is one good reason they do so well in recruiting. They are not calling you just to check off a box. They genuinely care about guys they recruit and that’s why they are in such good shape with so many players,” Young said.

That includes Detroit five-star offensive lineman Justin Rogers, a UK commit many thought would flip to Alabama or another school after he made his commitment. Rogers, though, recently made an unofficial visit to UK and stayed with Lexington Catholic quarterback Beau Allen, another UK commit.

“I talk with Justin almost daily and he’s part of a big group text we have with all the commits,” Young said. “I think he is just as solid with Kentucky as he was on day one. I have 100 percent faith that he is all-in with Kentucky.”

Young said he does have one definite in-state target to add to UK’s recruiting class — Bowling Green safety Vito Tisdale.

“He’s a great player that we really want,” Young said. “A lot of us are working really hard to make sure we get him, too.”