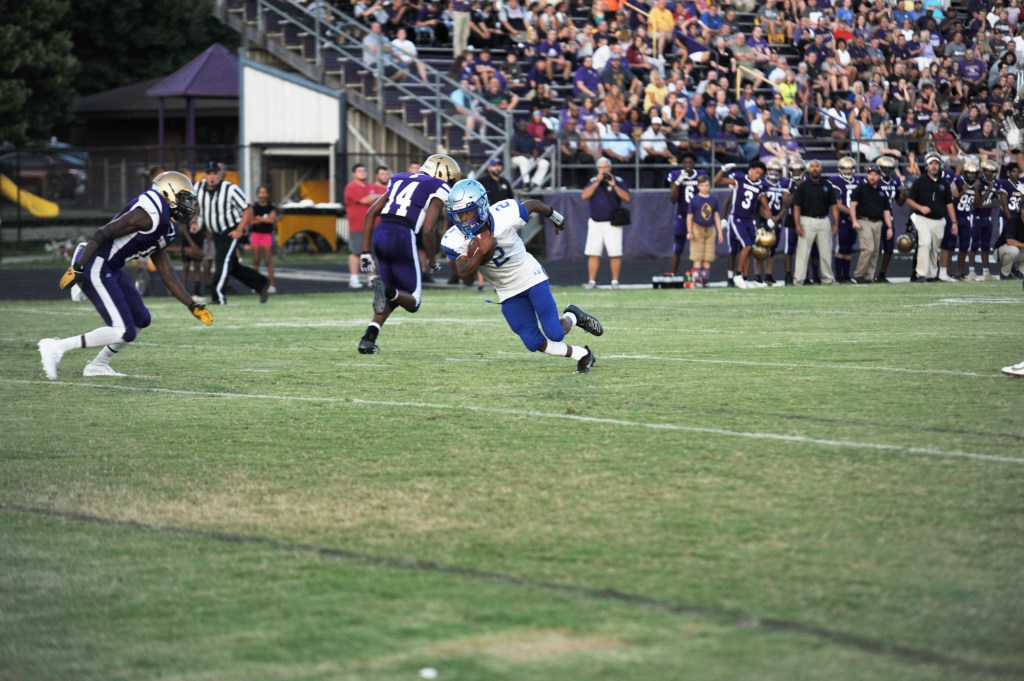 Danville coach Clay Clevenger knew what to expect going into Friday night’s showdown against Bardstown. He knew that it only takes one play for the explosive playmaking abilities of some of the Tigers athletes to change a game. And that’s exactly what happened in the Admirals 28-7 loss in their first road game of the season.

After a scoreless first half for both teams, the Admirals put the first dent in the scoreboard by means of 20-yard touchdown from Brady Morse to Corydon Crawford. Bardstown immediately answered back by taking the ensuing kickoff 85 yards to the house on a fake reverse. Clevenger had highlighted that play on film earlier in the week.

“We practiced it. Sometimes with kids, they have to feel it before they realize maybe coach was right,” he said. That comes back to the immaturity. We’re going to have some of those growing pains throughout the year.”

For most of the game, though, the Admirals were in control. Defensively, Bardstown couldn’t sustain many drives. Danville senior Seth Gosser recorded two sacks on third down to force punts.

“I felt like we were in pretty good control of the football game,” Clevenger said. “Obviously we were playing really good defense… I feel like we were right on our scouting report defensively — offensively too.” 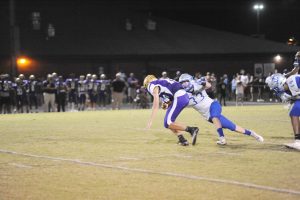 Penalties killed much of the offensive momentum for the Admirals. That’s something Clevenger attributes to the youth of his team and will assess on film in the coming week of practice.

The turning point of the game came at the end of the third quarter when, still tied and driving, Danville had multiple unsportsmanlike conduct penalties that resulted in the ejection of sophomore running back Caleb Burns. Clevenger said that his team’s youth allowed Bardstown — who also received its share of penalties — to get in their heads.

“Young guys fall for that stuff. Young players fall for that,” he said about the response to on field chatter. “We had a little bit of an unfortunate circumstance there and lost our cool and we didn’t respond well after that.”

In the fourth, the Tigers’ big play ability allowed them to pull away. It started with running back JaRell Montgomery breaking free for a long running touchdown within the first minute of the final period. After a good punt pinned them inside their own 10-yard line, quarterback Brady Clark connected with Tereylin Calbert for a 93-yard touchdown pass to make it 21-7. Montgomery added a pick six for the dagger.

The loss comes after a big statement win to open the year against John Hardin and before the annual matchup against Boyle County. But Clevenger isn’t focusing on the opponent as much as he’s focusing on improving his team.

“At the end of the day, where we want to try to get to at the end of the season is going to be more important for this week of practice than who your opponent is,” he said. “We just have to keep getting better, keep understanding our roles and just keep improving.”