BBQ Fest volunteers get ready to shift into high gear 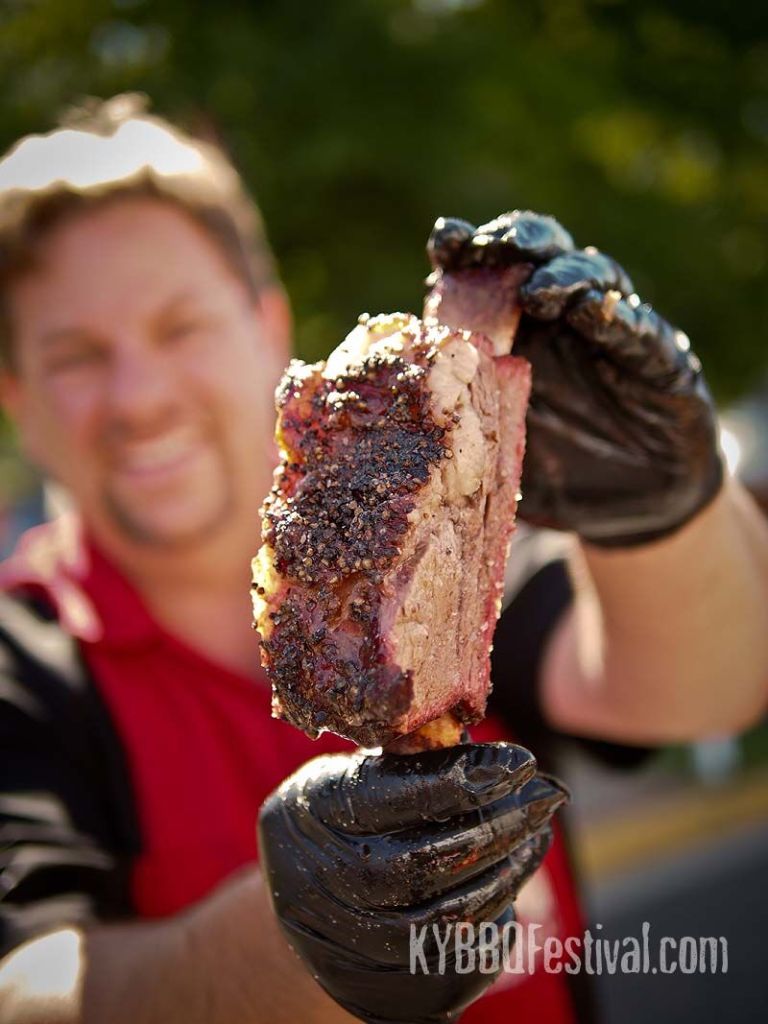 As the countdown begins to the Kentucky State BBQ Festival, coming up Sept. 6-8 at Wilderness Trail Distillery in Danville, volunteers are prepared to “drop everything,” and focus on the ninth annual event. It’s time for them to hunker down, says the festival’s VP, Rick Waldon, and get ready to set the stage for crowds from across the country who show up to take part in eating more than 8,000 pounds of chicken, pork and beef BBQ. 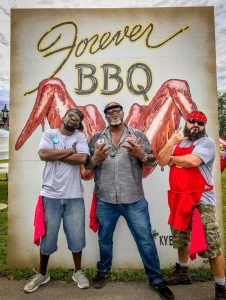 This year, the festival offers eight live bands and more than 50 craft and food vendors, and signature cocktail drinks from Wilderness Trail.

“Oh yeah, we have about 200 people who volunteer for this,” Waldon says, and that’s in addition to the board and committee members. And trust him when he says the work begins far in advance of the week before.

“We start actually in January,” Waldon says, as far as working on planning. But ideas? They start flowing as soon as the last festival ended.

“After the BBQ Fest, we’ll have a follow up meeting … Everyone throws out what they heard, their thoughts on how it went, what we can do better next year.” Then, Waldon says they “take the rest of the year off, because it’s needed after that,” and meetings resume around the first of the year.

“The board meets, then committees start meeting around May, but the planning process goes on the whole time. There’s a lot of moving parts to this festival,” he says, and it’s a lot of work, “but way worth it.” He calls all of the volunteers “fantastic — some of them put in 150-200 hours in on this.”

However, Waldon says everyone associated with the behind-the-scenes of the festival are volunteers, something Waldon says seems to be missed on some, year after year.

“We do it as a nonprofit — nobody draws a check on this, nobody makes a dime off of it,” and says they welcome anyone who questions this to come have a look at their books.

The festival, over the last eight years, says it has raised more than $151,000, which is donated to Heart of Kentucky United Way in a check presentation yearly.

Friday afternoon, Waldon says, “Right now, it’s our big push time. We actually start this weekend, getting things together” at the distillery, although he says they’ve been out on the grounds several times already.

“Monday will be full-on. Everyone quits going to work, and you’re all in. We are all in.”

Seven celebrity pitmasters will be returning to the festival. They include: Mike Mills and Amy Mills, of 17th Street Barbecue; Carey Bringle, of Peg Leg Porker; Moe Cason, of Ponderosa BBQ; Craig Kimmel, of Firehouse BBQ; Shelly Frisch, of Desperados BBQ; Rod Bennett and the crew from Lucky Dog BBQ; and Leslie Roark, the BBQ Ninja and Family of Ubon’s BBQ.

Also returning is the popular Backyard BBQ Competition, 20-teams strong, so far, Waldon says. “This will be one of the better ones we’ve had. BBQ has gotten so big — we just try to have fun with it.”

Waldon says this year, Larry Ebert is the director of the event.

He says a big favorite of the competition is the one-bite challenge.

“The reason is because the rules are very simple. You take whatever dish you’re known for making, make it and cut it into one-bite portions,” Waldon says. “Last year, the winners did smoked oysters — so you can see, it’s all over the board. You’ll get some ABTs, which are ‘atomic buffalo turds.’ They take a jalapeno and wrap them in cream cheese and bacon, smoke them …”

The contestants’ dishes are scored from 5 — which means top of the line, to a 1 — which get the “WTFIT classification. You know, ‘what the bleep is this,’” Waldon says and laughs. “That’s when you’re really scratching your head.” He says in a past competition, someone entered who had never smoked any meats before.

Other categories are the rib competition and steak cook-off.

Although the Backyard BBQ Competition has an August deadline on it to enter, Waldon says they can take up to 25 teams. “So we’ll take someone about up to the day before. It’s a real good field this year. There are three or four who are returning, and the rest are new.”

Walden said the first year at the distillery, there were some logistics to be worked out, such as some problems with one of the parking areas being overgrown, and others who said it was too far to walk to get to the entrance.

“We got all that figured out.” Now, there are shuttles that will continually circle the parking lot near the distillery, and give festival-goers rides to admission. “The whole back lot will be mowed, and it’s several acres. Parking should be great.”

As far as moving to the new grounds — the festival had been held downtown for the first six years — Waldon says the spot is perfect, due to how open it is.

Another highlight Waldon is personally looking forward to is the music. “And Saturday night, the headliner will be the Petty Nicks Experience. It’s a tribute band out of Colorado, they look like Tom Petty and Steve Nicks,” he says, adding that sometimes tribute bands can be better than the real ones.

“These guys are awesome. It will be a killer show.”

For a complete schedule of next weekend’s events at the Kentucky State BBQ Festival, or to purchase tickets for the Whiskey Business VIP event or bourbon seminars, visit KYBBQFestival.com.