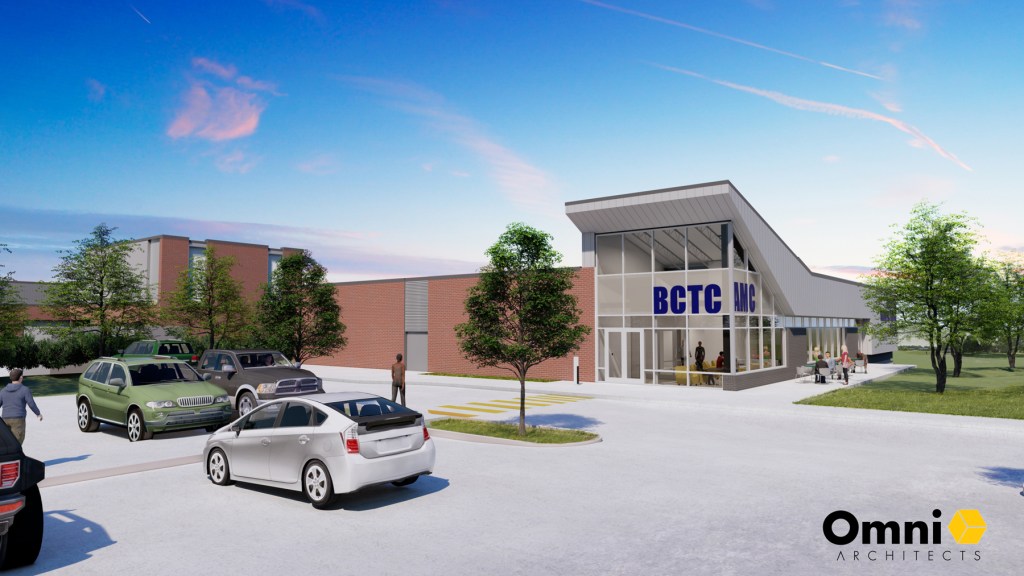 A rendering shows the planned design for an advanced manufacturing center at the BCTC Danville campus. A groundbreaking for the center is scheduled for next Thursday. (Graphic courtesy Bluegrass Community and Technical College)

A groundbreaking ceremony next week will signal the start of construction on the new advanced manufacturing center at Danville’s Bluegrass Community and Technical College campus.

Tipton spearheaded the successful grant application and community fundraising effort that made the $3.73 million project possible. She is now director of technical programs for KCTCS.

The expansion will include three new classrooms. There will also be four lab spaces with high bay ceilings, robotics and other equipment designed to replicate the industrial environment students aim to secure jobs in.

The new graduates being produced by BCTC are expected to be walking out into a good job market: Kentucky Labor Market information estimates nearly 800 expected position openings in the three program areas over the next five years, just within the Bluegrass Area Development District alone.

BCTC originally sought $5 million from the state through the Kentucky Work Ready Skills Initiative launched by Gov. Matt Bevin in 2016. In 2017, BCTC reduced its request to $4.5 million, and in 2018, the state awarded $2.736 million.

That funding came with a big string attached: BCTC needed to fundraise $1 million in local contributions in order to get it.

In January of this year, the City of Danville and Boyle County Fiscal Court voted to contribute an extra $78,000 each to cover the last $156,000 needed and hit the $1 million mark. Both governments had previously contributed $50,000 to help land the grant in the first place. Here’s a complete list of contributors:

• $100,000 and above: Boyle County Fiscal Court; Boyle County Industrial Foundation Inc.; and the City of Danville

• BCTC received at least 18 additional gifts ranging in value from $20 to $600 from companies, governments and individual donors.