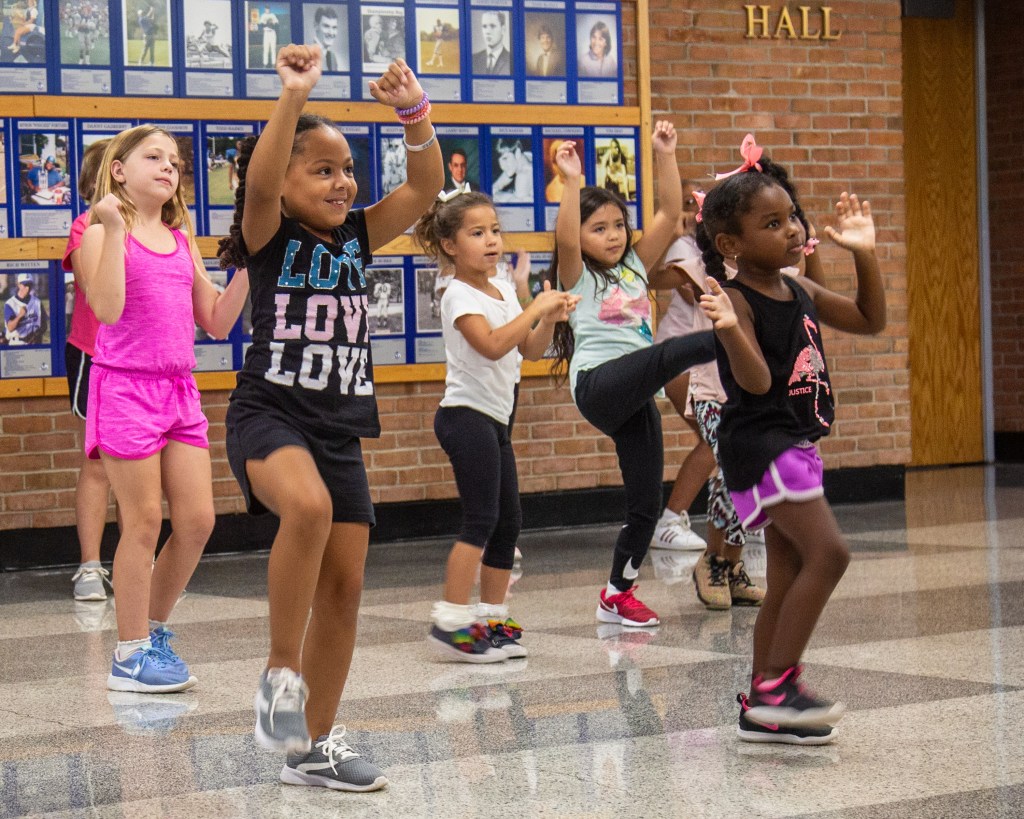 Fourth- and fifth-graders in the Danville Schools were hard at work practicing their cheer routines in the main hallway of Danville High School Tuesday evening.

This is the first year for the Danville Youth Cheerleading as a program separate from the Danville Schools system. There are two teams — one for mainly older elementary-school students and one for younger ones.

All the cheerleading coaches for Danville — including all the youth coaches up through the high-school level — are former Danville High School cheerleaders themselves, said Britney Combs, the fourth- and fifth-grade team coach.

By coaching at the elementary level, Combs and her assistant coach Megan Anderson said they hope to build talent early and feed stronger cheer teams at the high-school level in future years.

“It’s kind of like a legacy thing,” Combs said. “We’re trying to build up the cheer legacy of Danville. When we were in school, it was pretty good and now it’s fallen a little bit.”

Combs’ team held its first practice last week; it will be cheering at Danville youth football games all year. The first home games are scheduled at Millennium Park on Sept. 7.