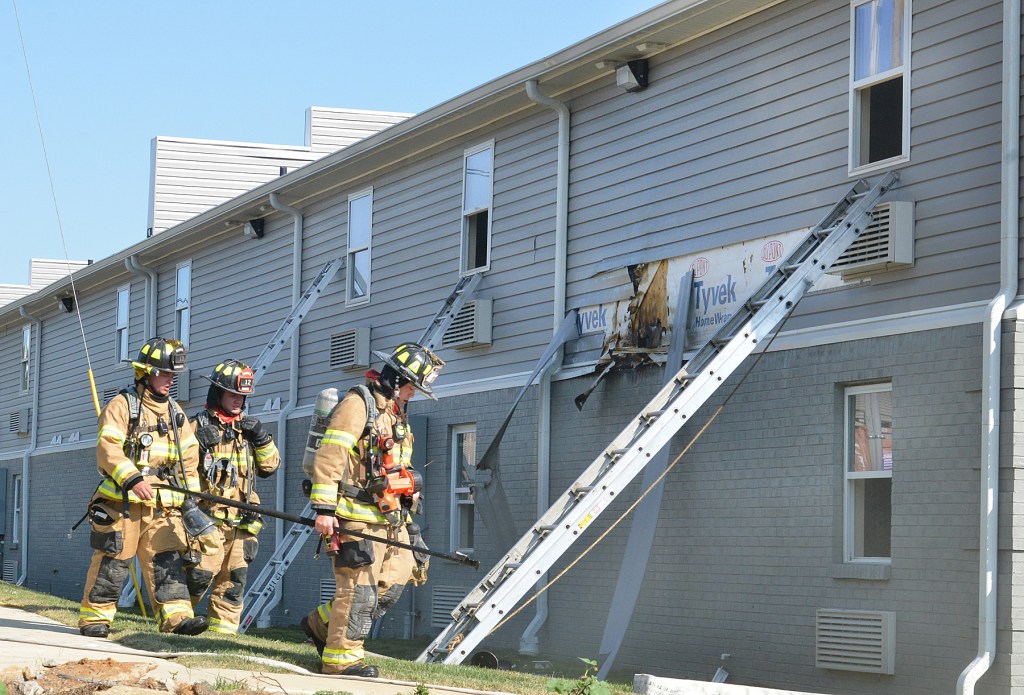 Danville firefighters respond to a structure fire at a Long Run Community Apartments building that was under renovation late Tuesday afternoon. (Photo by Robin Hart)

A fire broke out at an apartment building under renovation at Long Run Community Apartments off North Hill-N-Dale Drive late Tuesday afternoon. The structure was building number 501-524. 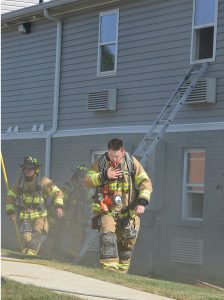 Danville police who were on scene said flames were visible coming from the lower area of a second-floor apartment and heavy smoke was in the area.

No one was living in the building but crews had been working inside.

At right, Danville firefighter sleave a smoke-filled area near the apartment buidling.