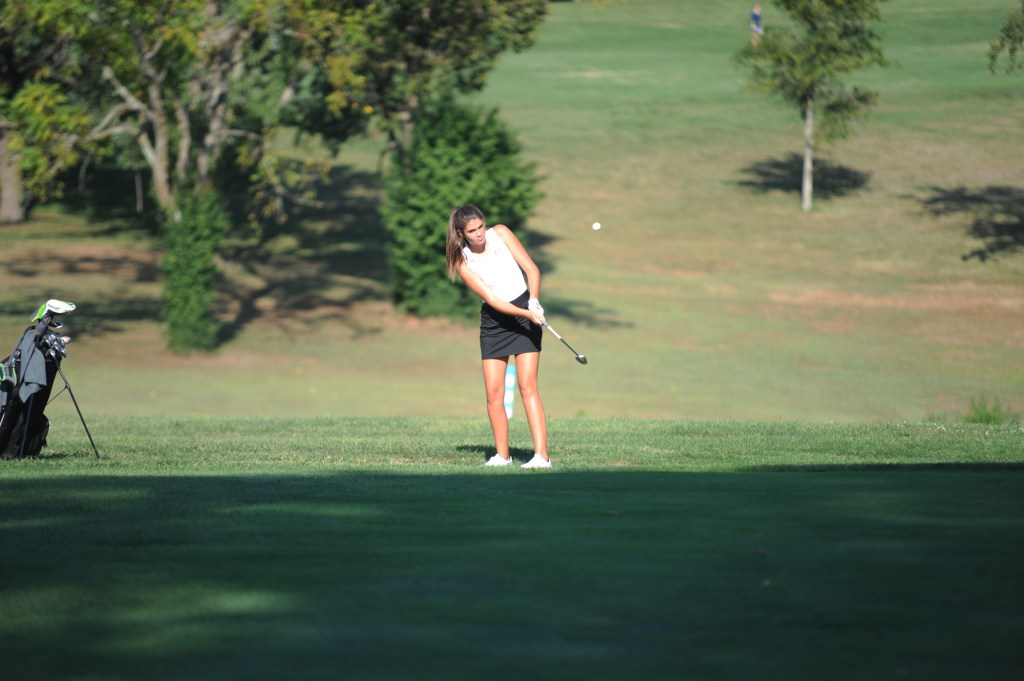 Maggie Cerqueira's 43 was the low of the match in Boyle's victory over Lincoln County. (Photo Derek Brightwell)

The Boyle County girls golf team hosted Lincoln County in match play Tuesday afternoon and came out on top with a team total of 229 to the Patriots 265. Boyle freshman Maggie Cerqueira shot a match low 43 for the nine hole match.

Ally Lynn was the only member of the Lincoln County team to shoot lower than the other three Rebels with her tally of 53.

Paige Newby (57), Ella Grace Gover (63) and Kendall Williams (66) rounded out the totals for the Rebels. Jaiden Hoover (70), Baylea Snow (70) and Shelby Wilson (72) made up the remainder of the Patriots scores.

The match continues a successful season for the Rebels golf team under first year coach John Cerqueira. Two weeks ago at the Joy of Golf Tournament at Wild Turkey Trace, four of the five golfers finished with personal lows, including Riley Cerqueira whose score of 80 was 11 strokes better than her previous low and Carly Durham whose 102 bested her previous low by 12 strokes. As a team, their total of 389 strokes was 36 strokes better than their previous tournament. 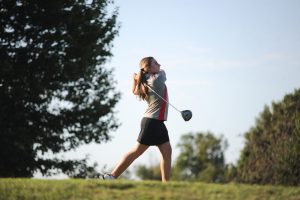 “We are definitely moving in the right direction,” coach Cerqueira said.

In addition to Lincoln and Boyle — Danville, Mercer County and Garrard County had golfers compete on Tuesday, but not in an official capacity. Many of the golfers across those three teams are young and are competing in their first season of golf and the coaches wanted to get them some experience under their belts.

Boyle will be in action again this weekend in a tournament in Nichollasville.