Addicts in recovery plan to help others follow their path out 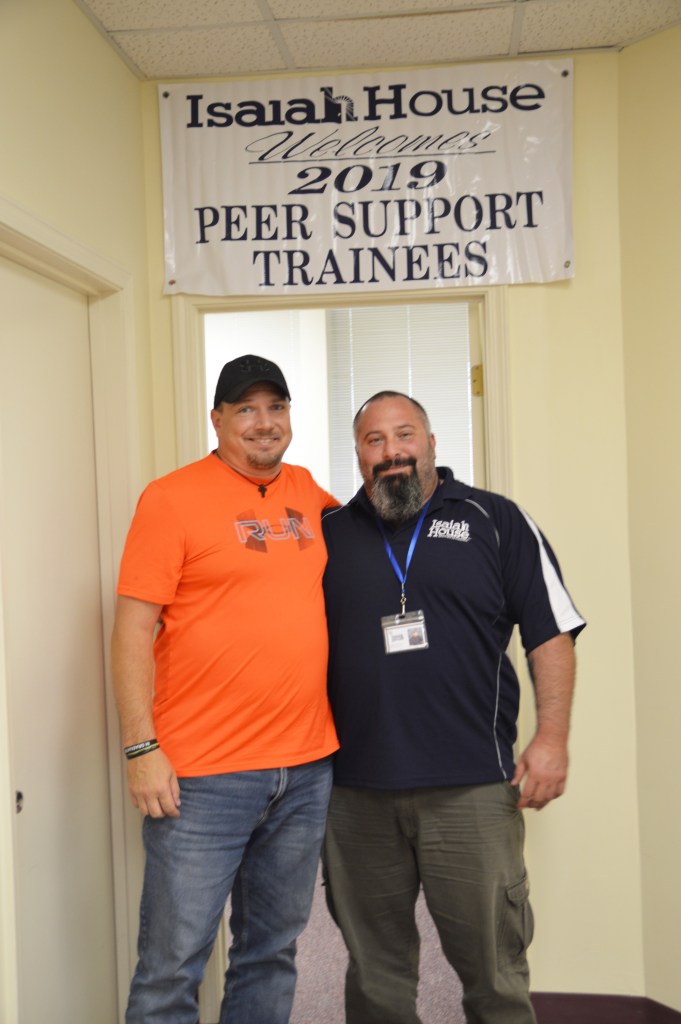 A group of 14 people recently took part in the second class Isaiah House Treatment Center has offered in order to become certified as adult peer support specialists. Those who took the certification came from different treatment facilities, but all have gone through the process of recovery from substance abuse themselves.

“I went through the training when it was administered by the state,” said Jason Mullins, peer support specialist supervisor with Isaiah House. This time around was the first time the training — which consists of 30 hours and lasts over the course of a week — was offered in Danville.

Mullins graduated from the recovery program at Isaiah House in 2014.

According to the Kentucky Department for Behavioral Health, Developmental and Intellectual Disabilities, Isaiah House is one of 18 different facilities that has approved curriculum for the adult peer support certification.

Once they successfully take the test, they are certified through the state as adult peer support specialists.

Being able to offer the certification to those who have worked through their recovery is important to Mullins. “I think the stigma around addiction, especially in the recovery field, is that addicts didn’t have any place in it other than getting treatment,” he said. But, he said due to evidence-based practices, it’s been seen “over and over again” that addicts can help each other.

“No one can understand an addict like an addict. It is a disease … A lot of people don’t get that,” Mullins said.

Sheena Craiger, of Lexington, is an employee of Recovery Works, at the Georgetown facility. “I’ve been with them 12 years in January,” she said. She is now a patient care navigator, after being a residential aide and the admissions lead. She went through the recovery program in April of 2007.

“There wasn’t peer support then, but the people who worked there who self-disclosed their history made a huge impact on me,” Craiger said. If one employee hadn’t taken the time to explain to her what the disease of alcoholism really is and how it related to her, “I wouldn’t have made it.” She realized first-hand how important the education piece is to getting clean, and said it’s also important that she “remain teachable. It doesn’t matter how long you’ve worked there, there’s always more to learn about yourself.” 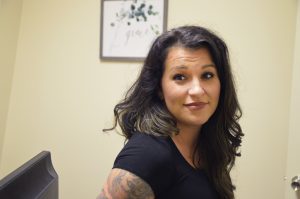 Craiger will start doing some work soon through Recovery Works with emergency medical personnel. “I will be working with paramedics to help change — well, historically, they’re not that friendly to addicts, but for good reason. I get it,” she said. “It’s the only disease you get yelled at for having.”

She said when someone finds out someone has cancer, they have empathy for them. “If you have alcoholism, it’s like ‘You’ve robbed your entire family and I can’t believe a word that comes out of your mouth.’ We’re trying to change some of the ways some of the medical systems work with us,” Craiger said.

“Sometimes those who work in recovery are viewed as a liability and not an asset. I don’t have a license, I’m not a clinician,” she said, but added that seems to be changing, especially with such certifications available, like the peer support specialist. Part of the curriculum focuses on creating boundaries, and other parts focus on how to work the most ethically while having empathy.

In her job, she will also be making regular visits to the new recovery unit at Ephraim McDowell Regional Medical Center. She sang the praises of the physician in charge, Dr. Osama Ali, who is board certified in addiction medicine. “He’s been wonderful; he did his rotation under the physician who created Recovery Works,” Craiger said.

Matt Burnett, of Danville, graduated the recovery program at Isaiah House in May, and is now a house manager at its Chaplin facility. “I just want to do anything I possibly can to give back and offer someone that hope that they can change — I’ve been where they are, I’ve done the things they’ve done …”

Burnett was a general contractor, and made great money but the work was hard on his body. He drank to deal with his stress and eventually realized he was an alcoholic, but he was able to quit as soon as a doctor told him he needed to, just before a knee surgery. Then, he got hooked on percocets — something not so easy to knock, he said.

At first, he was given an ultimatum by his wife, which forced him to look into treatment. “But it clicked for me. Eventually, it turned into something I wanted to do for myself …” Burnett said.

He also was affected deeply by a peer support person in treatment. “I’m not bashing clinicians, but a lot of them have never experienced addiction. For me, I relate better with someone who’s been where I was, with the same thought process I had. That’s when the lightbulb went on for me.”

Shauna Traylor, of Bryantsville, is in recovery and took the class because she’s “looking to help somebody else heal and break free.” She participates in the Lunch Bunch, which meets in Danville as an Alcoholics Anonymous group. “They’re my home group, I love them.” 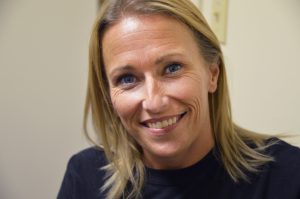 Currently, she works at a fast food restaurant in Nicholasville, but wants to work for a “long-term, residential, abstinence-based program. That’s because that’s what I did, but I’m open to anything, as long as I can help.”

Traylor began drinking when she was 10. Eventually, “I got all the way up to methamphetamine and heroin, and everything in between. When I went to treatment the last time, it was by choice. The others were court-ordered — I’m a drug court drop-out and failure; I got terminated and all that stuff …” she said. So 15 months ago, she initiated getting into recovery for 30-years of addiction, and the program director was also a peer support person.

“They were just really powerful to me,” Traylor said. She was offered a medicine-assisted treatment to get through her detox, but she turned it down. “I wanted to remember this. I wanted to go through it one good time, and I wanted to feel it. When you’re ready, you’re ready.”

She hopes to eventually find a job using the certification to help others — like she was helped.

“The peer support for me — they really helped me break through all those false beliefs and thinking … They had been on Ground Zero, so I knew what they were telling me was real. They were hardcore, don’t get me wrong. But they also held my hand and cried with me.”

Traylor also hopes she can go back to college to become a drug and alcohol counselor.

“For all addiction is the fact there’s something missing,” Mullins said. Addicts don’t feel like they fit in, and drugs become the solution to a much deeper problem.

“An addict really figures out … the solution becomes the problem,” Mullins said. “Then you get to the point of dealing with what’s really on the inside, and why you’re taking them.”

Isaiah House will be offering the training about once every three months, he said. “If the need increases, we’ll add more.”

The 30-hour training program costs $250, with training dates released on Isaiah House’s and the Kentucky Department of Behavioral Health’s websites.