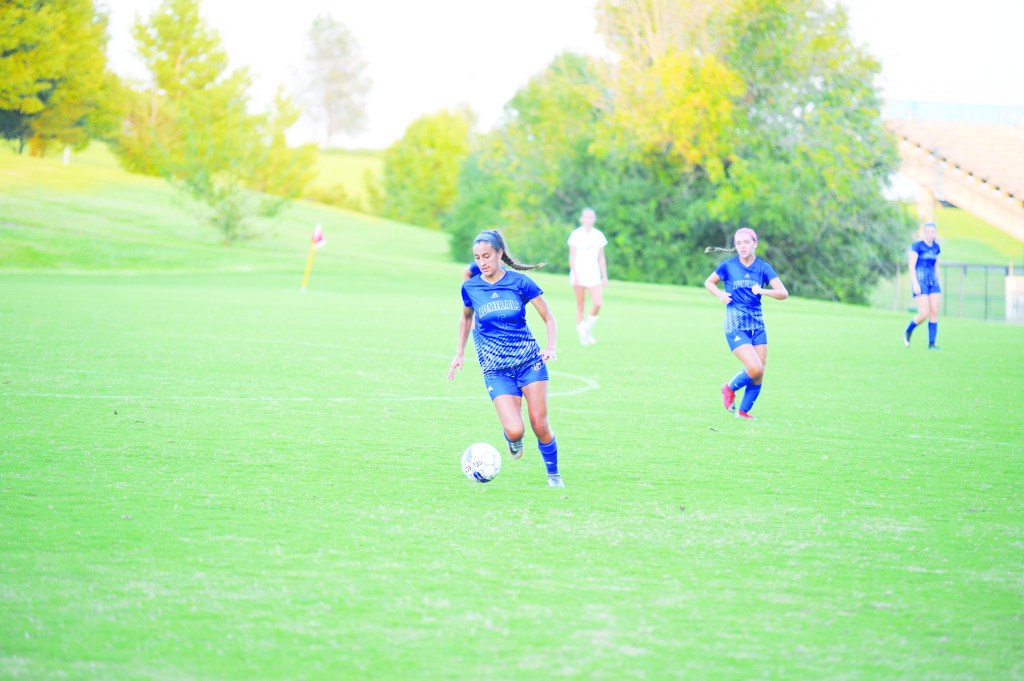 The Lady Ads hope to avenge last year's sweep at the hands of the Lady Rebels. (Photo Matt Overing)

In the nightcap of the boys-girls Rivalry Week doubleheader, the Lady Ads and Lady Rebels will take the field. Boyle will play host, and the game is scheduled to start at 8:00 p.m., after the boys match.

Both teams are coming off emotional victories on Tuesday night. Boyle County defeated district foe Lincoln County 3-0 to earn its first victory of the season. Meanwhile, Danville bested Somerset by the same score to score a victory in the All A Classic.

“I think having the All A — I don’t think it’s going to hurt us,” Danville coach JD Smith said of the regional game. Somerset is a good team and it was a competitive game. That’s only going to force us to make sure we’re focused and sharp.”

Boyle County has had a tough start to the season, beginning the year 0-5-2 before the win over the Patriots.

“If there’s anything we know it’s that it doesn’t matter what any schedule says,” Smith said. “Coach (Brian) Deem and Boyle will be ready for the game. We have to be ready as well.”

“I think that’s making a little more desperate — I guess is the word,” he said. “We’re hungry for that first district win. We’re sort of riding that ship a little bit.”

Talking to coaches from all sports this week, the biggest message has been staying focused during the game and not getting swept up in the emotion of the week. Smith echoed that, but had a slightly different take on it.

“Some of it is about controlling the emotion and some of it is about letting it loose, right? I think this team has been extremely focused,” he said. “We had a slow start to the year and then we all kind of had a moment at one time where it was like ‘Ok, we need to gather ourselves.’ And once we’ve done that it’s been pretty good.”

Last year: In two meetings in 2018, the Rebels came away with 1-0 victories to complete the sweep.

The rivalry: “A great crowd. Whether it’s at Boyle or Danville. Both student groups show up,” Smith said about the atmosphere. “Everybody’s there for that one. It brings a lot of people who may not go to any other game all season — they come to this one. It’s always a great crowd. It’s always a really exciting environment. It’s a great environment for a high school game.”

Smith also talked about the relationships between players on opposing teams.

“They’ve played together. They’ve been real good friends. It’s one of those deals where I feel like it’s always been a really friendly rivalry,” he said. “Then when you get on the field it’s go-time. That friendship gets suspended for 80 minutes. And then after the game it’s back to it. They’re taking pictures together and stuff. That’s great because that’s what you want to see in the big scheme of things. You want everyone to maintain perspective. You want a healthy rivalry and I think that’s what we have.”