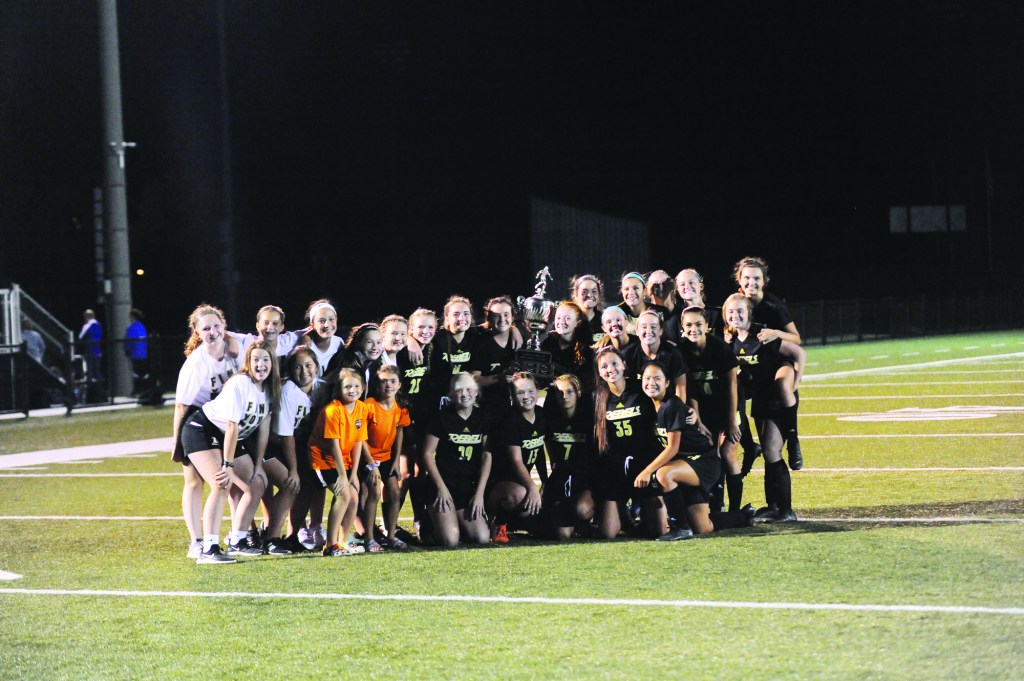 You can’t script this kind of drama. After a second half of no scoring to leave the rivalry match between Boyle County (2-5-2) and Danville (5-4) girls soccer tied at one each at the end of regulation, the first overtime period failed to end the game. With two minutes to go in the second and final overtime period, Lindsey Warriner carved through the Admiral defense to send the Rebel fans home happy.

“Oh my god. Sick to my stomach,” Boyle coach Brian Deem said after the match. “It got late in the game and I told them get the ball to Lindsey. I told her that if she got that ball to take it as far in as she can. And she did.” 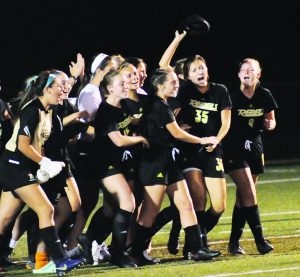 She most certainly did. She had a similar play in the first overtime period, but just pushed the ball to the left of net. In the second OT, she made it count.

“She’s got explosive speed. She’s a strong kid, she’s a junior. Flying around the way she did and was able to get in there,” Deem said. “And she’s got great touch and we were able to crash the goal and get the right kind of carom and ball game.”

The game was physical throughout the night. Both teams were aggressive on defense, and made the other work for every chance they got.

The first goal came off the foot of Samantha Sallee for the Lady Admirals. It came with 26 minutes left in the first half and for most of the rest of the period, it looked like that was going to be the score.

With 5:26 left in the period, Sophie Witmer put one in the right corner of the net for a goal on a penalty kick. 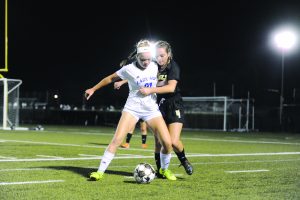 And that was it for goals until Warriner’s game winner.

Danville keeper Sophia Sanders was fierce in the goal. She made multiple saves to preserve the tie, including an impressive save to punch the ball out on a corner kick from Boyle.

Likewise, Boyle keeper Alyssa Montgomery was as lights out in the opposing goal. It seemed like every time one team would have a great look knocked away by the keeper, the same series would occur on the other end of the field.

The match was a hard fought close to the boys-girls doubleheader for rivalry week.

“Hats off to JD (Smith, Danville coach) and his girls they played their tails off. That’s a well coached team right there that absolutely gave us fits tonight,” Deem said. “They were strong, they were fast. We had our work cut out for us. We were fortunate enough to stay with it and keep fighting through it. My girls showed a lot of heart tonight and a lot of character.”

The win is the second straight district win for the Lady Rebels, and their second win of the season. For Danville, this marks its second district loss on the season.

Danville will face Lexington Christian as part of the All-A Classic on Monday Sept 9 at 6:00 p.m. The Rebels return to action at Pulaski County on Monday at 7:30 p.m.