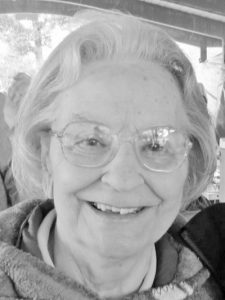 Sophia Troyan Hrovat, 92, of Danville died Tuesday, September 3, 2019. Born in Soldier, Pennsylvania on October 11, 1926 to the late Peter and Maria Hluhan Troyan. Sophia was the manager of the Credit Union at Eaton Corp in Harrodsburg for many years and a member of Ss Peter and Paul Catholic Church in Danville.

She is survived by her two sons, Tim (Elvie) Hrovat of Rosedale, Indiana and Dave Hrovat of Corinth, Texas; and three step-granddaughters, Deborah, Sarah and Abby.

Memorial donations are suggested to Ss Peter and Paul Catholic Church or Heritage Hospice. The online guestbook is available at www.stithcares.com