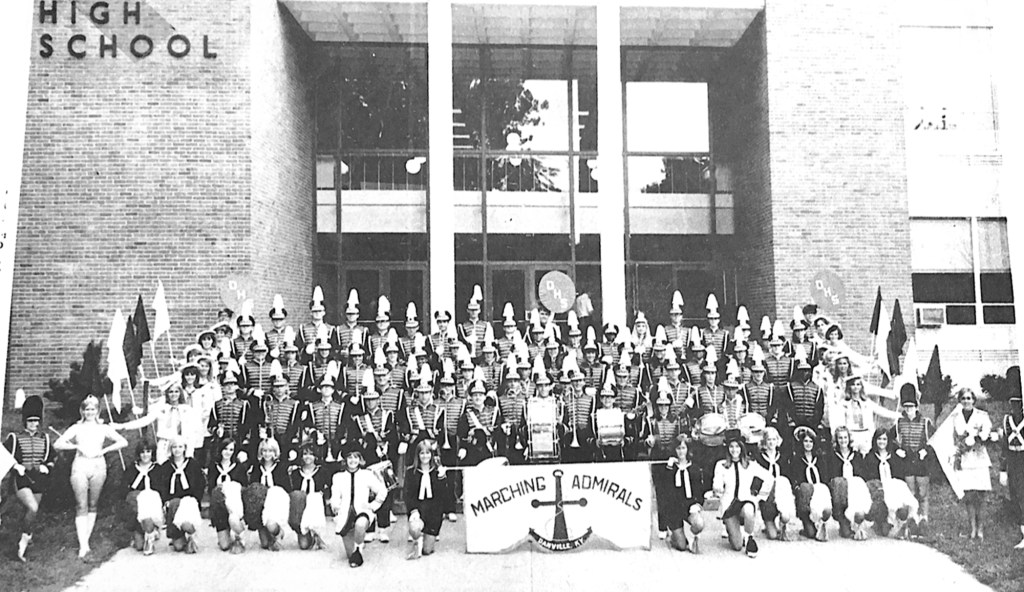 Danville High School Band poses in 1969 for an official photo.

Locals are still talking about the Danville High School Admiral Band performance in the Tangerine Bowl Classic in Orlando, Florida, in December 1969.

Under the direction of William Gravely, the band won all the state contests beginning in September and was proclaimed the No. 1 high school band of its size in Kentucky.

In October, 1969, the band got a double “superior rating” the highest rating possible under the rules of the Kentucky Music Educators. The superior was for musical ability and the second superior rating was for the inspection category.

The invitation came after the band was recognized.

“Naturally, we feel it is a great honor to receive such an invitation,” said band director William Gravely, in an article in The Advocate-Messenger. 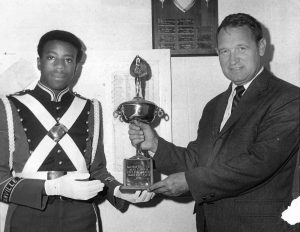 Jimmy Simpson accepts a trophy from William Gravely, DHS band director, for his efforts on the band.

“Actually, this kind of an invitation is what all bands work for and hope for. When it finally comes, you know all the work and planning was worth it.”

Jimmy Simpson was 17 years old when he became the drum major in 1969. Donna Rogers, a sophomore, was band sponsor. She was the daughter of Mr. And Mrs. Wickliffe Scott Rogers

Jimmy was the son of James A. and Joy Simpson and played the saxophone. He had been in the band for five years before being named as drum major.

After accepting the invitation to the Tangerine Bowl, the band and its boosters knew the work was not over. They needed to raise $13,000 to fund the trip.

The band not only had to keep practicing and competing in state band contests, it had to raise the money to finance the chartered-plane trip to Orlando. With the help of their parents, band boosters and generous donations, the money was raised.

Contributions from local and state artists, art from Walt Disney Studios, black and white photos donated by the National Broadcasting Co., and art donated by private collectors were sold at auction. The band boosters worked in concession stands at ballgames and pushed the donations over $13,000 needed for the Florida trip.

On the early morning of the flight south, it was delayed a few hours, but the DHS band made it in time for the performance. 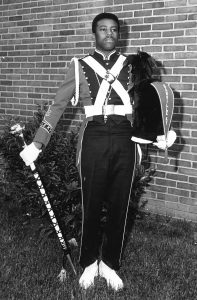 Jimmy Simpson, drum major, is in his official dress uniform.

Simpson received a trophy for his work at the DHS spring concert.

The band entertained at all the DHS sports events.