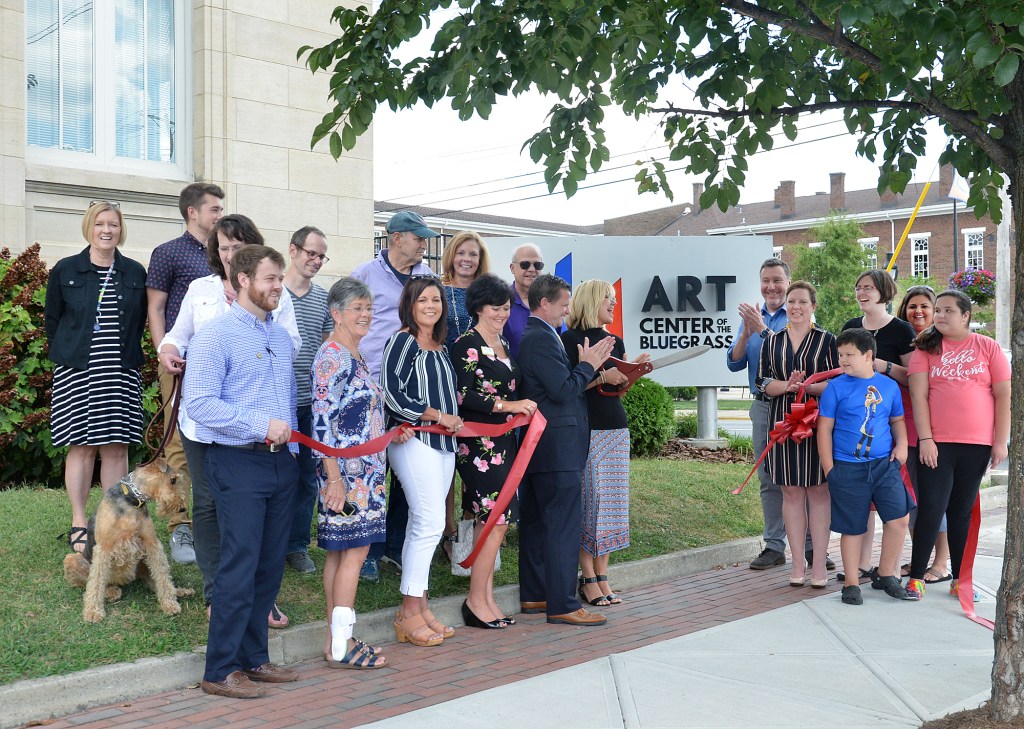 Photo by Robin Hart/robin.hart@amnews.com Art Center of the Bluegrass and the Boyle County Chamber of Commerce held a ribbon cutting ceremony in honor of the completion of the center's rebranding efforts. 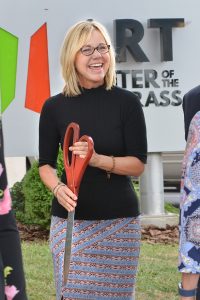 Photo by Robin Hart/robin.hart@amnews.com
Arts Center of the Bluegrass executive director Niki Kinkade holds a giant pair of scissors following the ribbon cutting event for the center at noon on Thursday.

The Danville-Boyle County Chamber of Commerce held a ribbon-cutting event on Thursday to celebrate the completion of the rebranding effort from the Community Arts Center — it has been renamed Art Center of the Bluegrass. Representatives from county and city governments, as well as the board of directors, artists and children attended the ribbon cutting.

“Since opening in 2005, the Art Center has grown and expanded, and now serves as a creative catalyst not just for Danville but for the entire southern Bluegrass,” said Arts Center marketing director Kate Snyder.

“Recognizing and embracing the important role that the organization plays for the region, our board of directors adopted the new identity to bring our organization’s name into alignment with the reality of our programming.

“The ribbon cutting was a chance to publicly celebrate this ‘new’ business in town. The Art Center is a member of the Chamber of Commerce and an important economic driver for the community,” Snyder said. 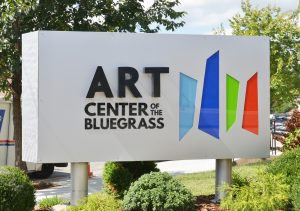