Training to teach responders, family about Casey’s Law in Danville 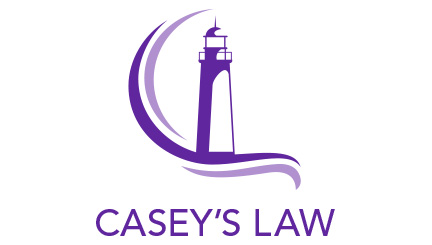 A special training is being offered Thursday so people can learn more about Casey’s Law, a means of intervening with someone who is unable to recognize their need for addiction treatment due to impairment.

Kathy Miles, coordinator for Boyle County ASAP — one of the three local sponsoring groups, says the training can be useful to more than those who provide human services.

“Obviously, people who work in agencies and organizations who may be asked about how to use Casey’s Law will benefit from this,” Miles says.

That includes health care providers and social services offices, law enforcement, and EMS, fire department and courthouse staffs, as well as clergy and other faith leaders, school officials and HR managers, she says.

But also, Miles says people who have folks in their families who have substance use disorders (addictions) who will not seek help on their own can also benefit from the training.

Kentucky’s Office of Drug Control Policy (ODCP) says the Matthew Casey Wethington Act for Substance Abuse Intervention is named for a young man who died in 2002 from a heroin overdose at age 23. After his death, his parents lobbied for a change in the law; Casey’s Law resulted, creating an involuntary treatment path for those who suffer from addiction.

The act provides the means for intervening by allowing parents and other relatives or friends to petition the court for treatment on behalf of the substance abuse-impaired person.

The event will be hosted by SPARK Ministries, an advocacy center calling itself a starting point for families who have an addicted loved one. It provides Casey’s Law assistance and helps families navigate the system when filing to petition the courts, and is a “centralized community center,” according to information from the center, which is connected to all key partners, like the sheriff’s office, the courts, city and county governments, police, EMT, social services, rehabilitation and detox facilities and more.

The training begins at 5:15 p.m. at First Christian Church in Danville; it’s sponsored by Boyle County ASAP, Parents of Addicted Loved Ones (PAL) and Hope Network.

According to the ODCP, denial and distorted thinking impedes a person’s ability to make a rational decision, and “the best hope of survival for a person who is substance abuse-impaired is intervention.” It says studies show that involuntary treatment can be just as successful as voluntary.

“Most individuals who are substance abuse-impaired receive court-ordered treatment only after they have become arrested for a crime while under the influence of a substance,” the ODCP says.

The agency says drugs and crime often go hand-in-hand “because people who are substance abuse-impaired are forced by their disease to resort to any means necessary to procure their drug,” and that court-ordered treatment can be effective regardless of who initiates it. But not all people who are addicted wind up arrested, so many do not receive the necessary treatment.

A candlelight vigil will follow the training, to honor the memory of all those lost to drug overdoses, part of the International Overdose Awareness Day and Recovery Month. The day is actually observed on Aug. 31, but the idea has become an actual movement, Miles says.

“We hold it to help people with what is often a complicated grief process, because there is still so much stigma around addiction,” she says. People who lose loved ones to overdoses need to know that the community recognizes these losses the same way other deaths are recognized, Miles says.

“They want to be able to say their loved ones’ names, and reflect on those lives as being so much more than about the addition and the way they died.”

The vigil will offer two speakers — a person who has been revived from an overdose, and a parent who has lost a child to one. Miles says the parent has “worked hard to turn grief into action for the good of others.”

And PAL will also be on-hand during the event to offer support to those who have children who are in active addiction, she says, in order “to help them recognize that they themselves need support for what they are experiencing.”

There is a free dinner offered during the evening as well, which will be served until they run out, Miles says. Anyone who plans on coming with a large group needs to email with a headcount, since the food will be ordered today (Tuesday), she says.

“They can also email me if they have any questions about the training,” Miles says.