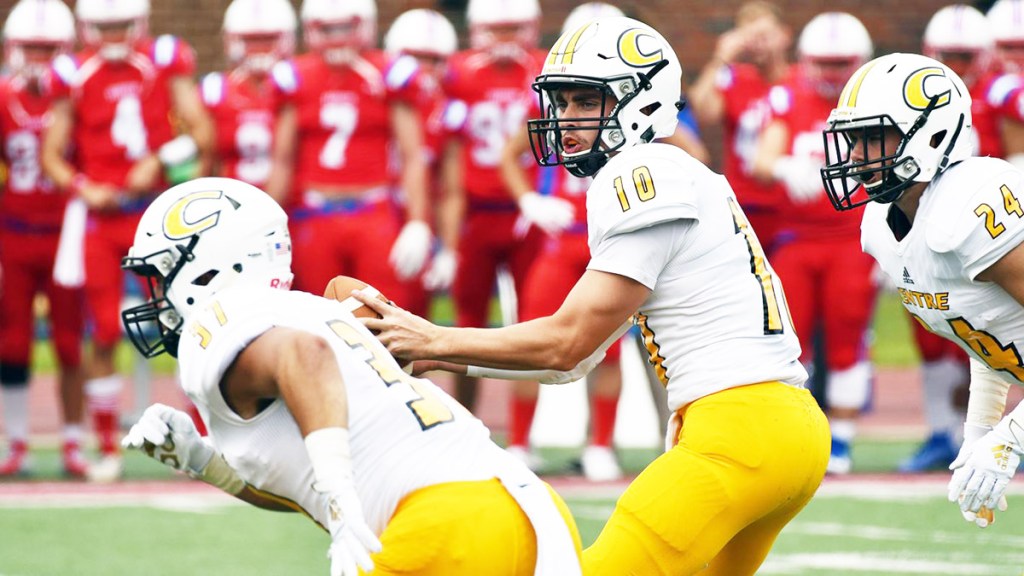 Payne and Co. buried Hanover in Saturday’s 45-31 season-opening victory, as the Bowling Green, Ky., native went 16-for-25 for 277 yards and five touchdowns through the air.

He hit 10 different Colonel receivers during the win, and had three passing plays of 40-plus yards to three separate wideouts.

Hendrix’s Jacob Bremmon and Millsaps’ Andrew Byrd were named the Defensive and Special Teams Players of the Week, respectively. 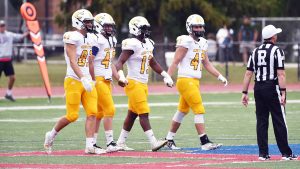 Centre football jumped a couple spots to No. 18 in the latest D3football.com Top 25, released Sunday evening.

The Colonels (1-0) rolled over Hanover by a 45-31 margin Saturday in the season opener on the road.

Fellow Southern Athletic Association member Berry is ranked No. 16 on the outlet’s Week 1 poll following a 31-10 road victory against Maryville.

The 18th-ranked Colonels open their home slate this Saturday, facing Maryville for a 7 p.m. ET kick. 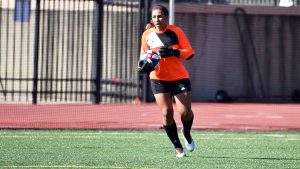 Rookie goalie Jonelle Barron has been named the Southern Athletic Association Defensive Player of the Week, the league announced Monday.

A native of Wellington, Fla., Barron helped the ninth-ranked Colonels improve to 4-0 with victories over Wittenberg and DePauw this past weekend.

She had three saves in Saturday’s comeback victory over Wittenberg. Barron’s stop in the 48th minute preserved a tie game and put an end to a Tigers rally. After Centre scored to go up 2-1, Barron made another key stop in the 81st minute to effectively seal the win. 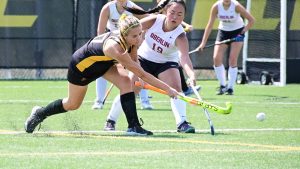 Brotzge had an outstanding week as Centre field hockey (4-0) stayed undefeated. On Saturday against Oberlin, she scored two goals and an assist, playing a role in three of the Colonels’ record-setting 12 goals.

She then had a hand in all three of Centre’s goals the following day against Wooster, scoring one time and assisting twice. For the weekend, Brotzge finished with three goals, three assists, for nine total points. Brotzge is the second Colonel to garner the award after teammate Savannah Elpers claimed it a week ago.

Centre has its first away action this weekend, beginning Saturday with a 2 p.m. contest at Concordia-Wisconsin.