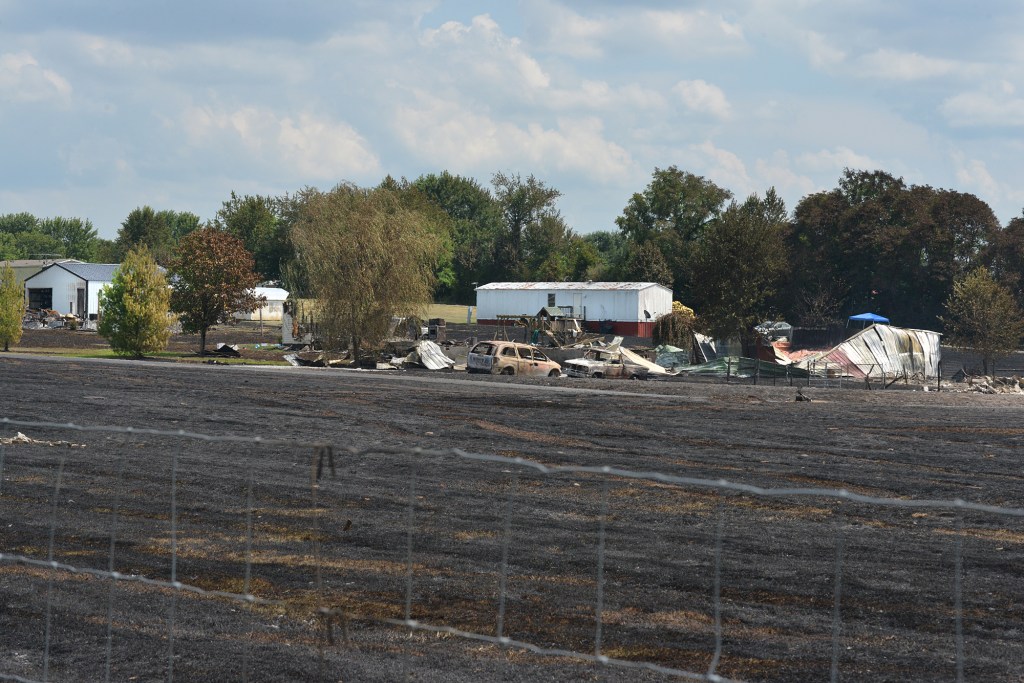 The Lincoln County Health Department says it sought the government’s help in investigating what possible health issues could hit the area after the Texas Eastern Pipeline explosion in Moreland. The explosion occurred on Aug. 1 in the Indian Camp neighborhood, killing one person and injuring others, as well as destroying cars, homes and other structures.

Local and state health officials, along with a U.S. Centers for Disease Control and Prevention (CDC) team have joined forces to create a public health response team, says Diane Miller, Lincoln County’s public health coordinator. The aim of the team is to assess possible public health impacts of the natural gas pipeline explosion and the resulting fires in the vicinity of the blast.

The team will be conducting interviews with first responders who were involved, and residents living in the areas “closest to the blast site,” a release from the Cabinet for Health and Family Services states. Miller says the team will hit the ground, door-to-door, covering about a half-mile radius inside where the explosion occurred, over the next two weeks.

The CDC team arrived last Thursday, and meetings began Friday with response agencies and other partners. The cabinet says interviews with first responders began on Saturday and will continue over the course of several days.

Residents began to be interviewed on Monday afternoon and, according to the cabinet’s release, “may continue into early evening hours and on the weekend.”

Miller says those on the team will be easily identified by residents. “They will have vests on with the logo on it,” she said, which reads “Public Health Response Team,” and each will have identification. She said three separate attempts for the interview will be made at each home, with a call-back number left if residents are not there. This is planned to continue through Sept. 20, and may be extended by an additional week if needed.

Miller declined to give the number out that residents can call; “It will be on the contact sheet, and I’m not totally sure if it comes here or to the CDC,” she said, about how the calls are routed. “I don’t want to give that out. If someone needs more information, they can call me” at the Lincoln County Health Department.