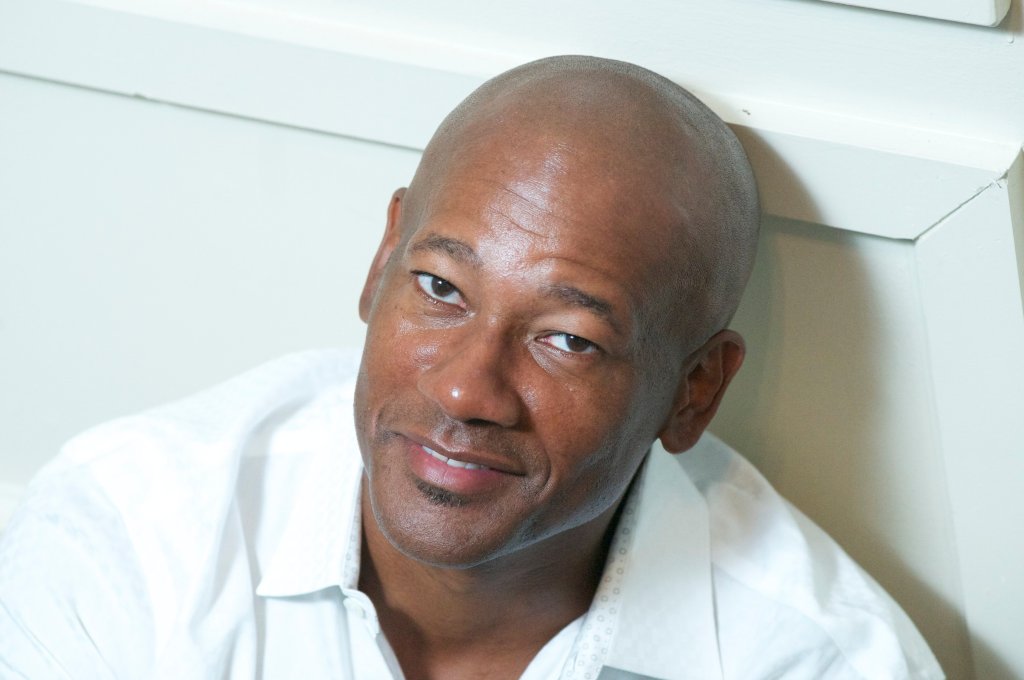 Frank X Walker will be in town Thursday Sept. 19 performing five different readings and talking to classes ate Danville, Boyle and Kentucky School for the Deaf systems. Walker will discuss the writing process, poetry and his connection to Danville. (Photo by Patrick Mitchell)

Citizens Concerned for Human Relations (CCHR) is gearing up for the sixth annual Frank X Walker Literary Festival, which will happen Monday-Friday, Sept. 16-20. CCHR says this year, the festival will use a reading chain model to focus on African-American literature, and other pieces written by people of color or with themes of racial diversity.

Capping off the week’s events will be a performance of August Wilson’s “The Piano Lesson” 7 p.m. Thursday night at Danville High School, which is free, open to the public and followed with a discussion of themes explored both in the play and in Walker’s poetry.

“The Piano Lesson” is a Pulitzer Prize-winning play where family conflict is explored, according to CCHR. An older sister plans to bestow her family’s antique piano to her daughter, but her brother has other ideas; he wants to sell the heirloom for cash to buy the land their family once worked as slaves. CCHR describes the play as “a story of family history and survival steeped in African-American culture.”

“The talk-back after the evening performance will be with the actors — they’ll respond to whatever the audience asks them, so it’s driven by their questions,” Walker says, but he will also be on stage with them.

Walker, who was Poet Laureate of Kentucky from 2013-2015, says even though this is a yearly event, it’s still something he hasn’t quite gotten used to. “On one hand, I’m proud, but I’m also a tiny bit embarrassed — but, very proud,” he says. The festival could be held anywhere, he says, but having it in Danville, where he’s from, “makes it extra special.”

CCHR finds volunteer readers for the festival every year for each school participating. They will read in 20-minute increments to classes in the Danville, Boyle and Kentucky School for the Deaf systems, targeting grades fifth, eighth and 11th. Walker will be in town Thursday, performing five different readings and talking to classes.

“I’ll be talking about the writing process, about poetry, about my connection to Danville and writing, growing up here,” Walker says, adding he hopes what he shares is something that can strengthen students’ abilities to write creatively. “The questions can range from all kinds of things … Every year, I make myself accessible and we try to do different things at different grade levels, and teachers have the input on what will be a quality literary experience, so it’s never the same thing each year.”

There will also be a daytime presentation of the play, which will be done in excerpts to fit the class structure and time limit.

In a release, CCHR says it “is happy to be able to provide this annual festival to the Danville, Boyle County and Kentucky School for the Deaf school districts to honor Frank X Walker’s contributions to our community, and to the strong traditions of literature by authors of color in our state and nation.”

Walker says he hopes students appreciate what he believes Danville has. “Which is a very strong and long literary tradition. I’m just one example of a local boy who got a lot out of his English classes and schooling and took the chance to use it in the world.”

He says there are quite a few from Danville. “I’m not the only one who teaches or is published. And I don’t want to be the last, so I hope more will get into it so we can experience them … We still need writers. There’s still room for more.”

Walker has lectured, conducted workshops, read poetry and exhibited at over 300 national and international conferences and universities. He’s a founding member of the Affrilachian Poets; author of four poetry collections; won the the 35th Annual Lillian Smith Book Award; and a nominee for a Kentucky Public Librarians’ Choice Award.

He is the recipient of the 2006 Thomas D. Clark Literary Award for Excellence, Actors Theatre’s Keeper of the Chronicle Award and a 2005 Recipient of a $75,000 Lannan Literary Fellowship in Poetry.

Walker’s poems have been converted into a stage production by the UK Theatre Department, as well as widely anthologized in numerous collections. He was a Kentucky Arts Council Al Smith Fellowship recipient; and was the first Kentucky writer to be featured on NPR’s “This I Believe.”

He’s appeared in PBS television series, and co-produced a video documentary, “Coal Black Voices: the History of the Affrilachian Poets,” which received the ‘02-’03 Jesse Stuart Award from the Kentucky School Media Association. Walker also produced a documentary exploring the effects of 9/11 on the arts community, “KY2NYC: Art/life & 9.11.”

He has served as founder/executive director for the Bluegrass Black Arts Consortium; the program coordinator of UK’s King Cultural Center; and the assistant director of Purdue University’s Black Cultural Center.

Walker regularly teaches in writing programs like Fishtrap in Oregon and SplitRock at the University of Minnesota; currently serves as Associate Professor in the Department of English at the University of Kentucky; and is the editor and publisher of PLUCK!, the new Journal of Affrilachian Art & Culture.