Boyle may have gained Meggitt expansion because it lost Diageo 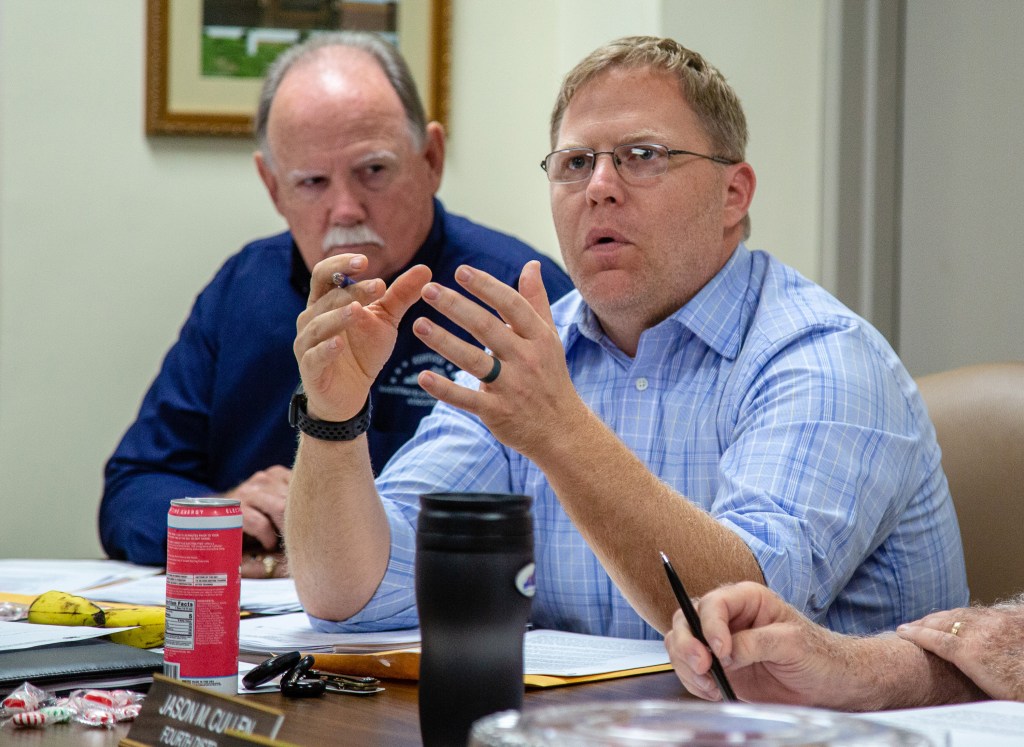 Boyle County lost out on a $130 million distillery project last year because it would have prevented another major expansion of an existing business from happening. That’s according to one member of the Danville-Boyle County Economic Development Partnership Board of Directors.

David Williams told Boyle County magistrates this week that the recently announced expansion at Meggitt Aircraft Braking Systems — an $82.68 million project expected to create 83 new jobs — would not have happened if international spirits maker Diageo had chosen Danville for its warehousing project.

Diageo ultimately chose the City of Lebanon in neighboring Marion County for its project, which was estimated to involve 30 new full-time jobs.

“I would submit to you that the Meggitt expansion at $82.6 million in capital costs and 83 new jobs on that piece of real estate is a far better piece of business for this community than 20 jobs and 100 acres for the distillery warehouse project,” Williams said. “EDP members knew that for a year, but we couldn’t tell you. And it was hard for me to read the banter about the warehouse project and not be able to say, ‘There’s more to the story, but we can’t tell you.’”

Plans for the Meggitt expansion have been going on for more than a year, Williams said.

“Judge(-Executive Howard) Hunt, all of us on EDP, we were bound by a confidentiality agreement. Those people made it crystal clear if their expansion leaked, they would expand somewhere else,” Williams said. “So the rest of the story is there were utility and infrastructure issues that if the warehouse project had moved forward, could have threatened the Meggitt expansion. But we couldn’t tell you that at the time.”

The day after Williams addressed the fiscal court, former Boyle County Industrial Foundation Chair John Albright confirmed “the possibility of an expansion at Meggitt certainly was one of the reasons” the foundation decided not to offer a 100-acre tract in the industrial park to the Diageo project.

EDP President Jody Lassiter said the impact to utilities service “is just one of several factors that must be considered for a new project’s compatibility, along with the number of jobs, the amount of acres, diversification of development and other project-specific issues.” 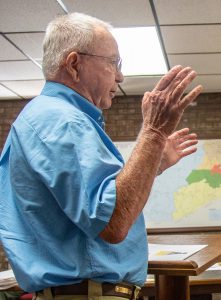 David Williams, one of the members of the Economic Development Partnership board appointed by the Boyle County Fiscal Court, talks with the court about the EDP’s work Tuesday. (Photo by Ben Kleppinger)

“A project’s utility demands must be carefully assessed to determine whether they may challenge our infrastructure’s capability to serve the potential growth of any existing industries or the location of new industries in the park. This is the careful balancing act required in considering any new industrial project.”

Williams said economic development work can be very complicated because of the need to maintain confidentiality with the industries interested in locating in Boyle County, while also maintaining communication and transparency with government. The need for confidentiality makes the relationship with governmental bodies like the fiscal court “a bit awkward.”

“All I can say to you all is there are good, community-minded people that are going to all these meetings and spending time to try to do the right thing for the community,” Williams said.

“In my mind, I would like to have landed both,” he said. “It sounds like maybe we weren’t set up to succeed in a lot of ways.”

Cullen said since the news about Diageo first broke and officials began discussing what happened, lines of communication have improved and things are working better now.

“I don’t think we’re going to run into the problem that we ran into before,” he said.

The Advocate-Messenger broke the news in March that the Boyle County Industrial Foundation had withdrawn its 100-acre tract of land in the industrial park from consideration for the Diageo project, back when the company was choosing a site in the fall of 2018.

At the time Lassiter and Albright said the decision to withdraw the land from consideration was due in part to concerns over “job density:” The project would have consumed 100 acres of less than 250 remaining in the industrial park, but created only an estimated 30 jobs. The industrial foundation also considers the diversity of Boyle County’s industrial sector and how new businesses would impact existing ones, they said at the time. They also pointed out that Diageo was given alternate site options in Boyle County for the project.

“You guys were more concerned about such few employees taking up such a large piece of land,” Magistrate Phil Sammons told John Albright, then chair of the industrial foundation, in April. “… But you didn’t consider the tax base of the city or the county.”

Magistrate Cullen said at a town-hall-style meeting that public officials need to be given more information from the EDP and it needs to be held to a higher standard of producing results.

“We haven’t seen a good forward movement, a good return on investment,” Cullen said during the town hall.

In June, Williams, one of two members of the public appointed to the EDP board by the fiscal court, told magistrates it had been “confusing” serving on the EDP board and being aware of ongoing economic development projects, but never having any communication with magistrates.

“We’ve been your delegates for the last two years, but we’ve never had any exchange of content, thought, idea,” Williams said at the time. “We haven’t been given the opportunity to bring you all back information.”

Williams also hinted in June at what he would say this month: “There’s a whole lot more to that story than has ever been revealed because of the confidentiality commitment that was required in those negotiations,” he said. “I think forthcoming will be the revelation of the rest of the story that will lay to rest once and for all the confusion that has existed around that piece of business.”