Boyle’s new middle school could be open in February 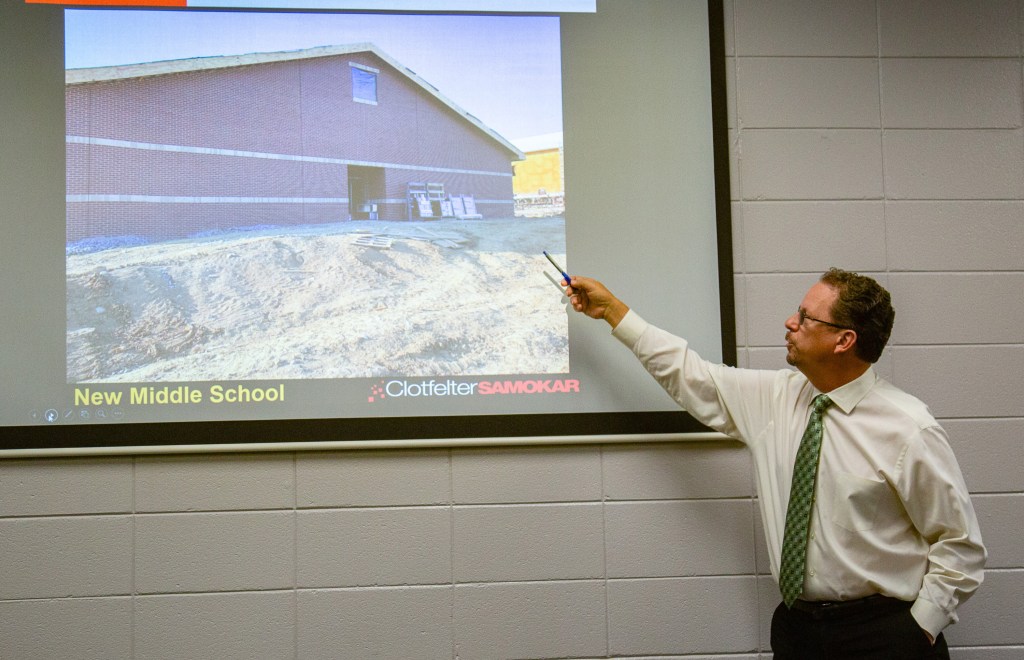 The contractor building the new Boyle County Middle School has agreed to a new schedule that would still allow teachers access to the instructional areas by Christmas break.

That’s good news for plans to move students in after a four-day President’s Day weekend, according to Superintendent Mike LaFavers. 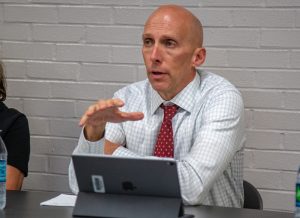 The contractor — Branscum – W. Rogers — didn’t respond for a few weeks when officials asked for a new timeline and completion date for the more than $30 million project. Then, according to architect Tony Thomas, LaFavers received a call in which Branscum “nonchalantly” said it wouldn’t be done until mid-March.

“We’ve been shooting for Christmas all this time,” Thomas said.

“At that point we talked to Branscum several times and told them how unacceptable that is, and reminded them of liquidated damages, things of that nature — put a little more sternly,” Thomas said.

Branscum came back shortly before Thursday night’s board of education meeting with a new schedule that would have the instructional spaces in the school complete by Christmas. The cafeteria and food service area would be finished next, then perhaps areas such as the band room by the third week of January, Thomas said.

The gymnasium would be put off to last, and the entire facility would be handed over to the school district by the first week in February, Thomas said.

LaFavers said that schedule would allow the district to pursue the same plan it’s had for a while, to alter the school calendar to create a four-day weekend around President’s Day on Feb. 17 and move the school to the new facility at that time. 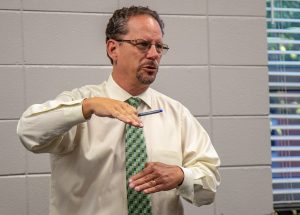 “That’s what we’ve been hoping for for about six months now,” he said. “Then when I got that call maybe a week or so ago, I thought, ‘Maybe not.'”

School board members had no comments to add.

Besides the scheduling, Thomas said “a lot of dry weather has helped progress a lot.”

Construction on the new school began in January 2018, with the goal of opening the new Boyle County Middle School for the 2019-20 school year.