Danville hopes to bounce back after tough loss 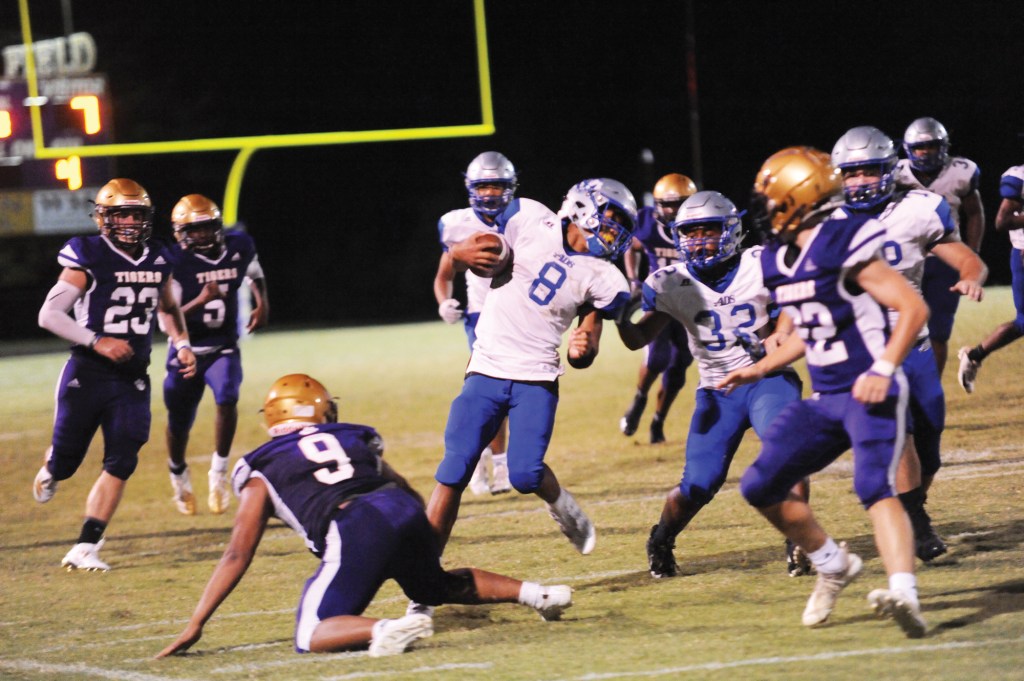 Friday night’s game between Danville and Madison Southern will be the second game of the Eagles’ Doc Sipple Bowl. The estimated start time is 8:30 p.m., but being the second game means not knowing exactly when you’re kicking off.

“You know an approximate time — basically we’re going to play 20 minutes after the first game ends. That’s all we know,” Danville coach Clay Clevenger said about the gametime. “First game, depending on how fast or slow that game goes. With the heat, you don’t know if it’ll get delayed or something like that. It’s not ideal but it’s part of it. Both teams have to deal with it. We’ve got to be able to handle it.”

Once kickoff comes, however, Clevenger is hoping to see his young team bounce back from two tough losses in a row including last week’s loss to rival Boyle County.

Clevenger is encouraged by what he’s seen from his young team in this week of practice in unseasonably hot weather.

“We came in and watched the film on Sunday and lifted and ran,” he said. “We’ve probably had our best week of practice. I think our kids have handled everything really well. They’ve come in and worked hard this whole week. From that standpoint I’ve been proud of that. They’ve focused in on getting better on some little things.

“Obviously last Friday we didn’t play well. It’s not really the character of this team in terms of how we played. And it left a bad taste in our mouths. Hopefully they’re ready to get back out here Friday night and get after it.”

One thing that will help the Admirals is the return of several players including sophomore running back Caleb Burns who missed last week’s game. 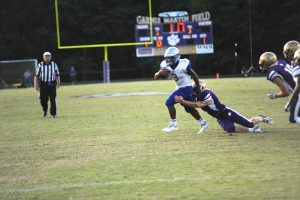 “He’s looked hungry. He’s had a good week of practice — all of our guys have,” Clevenger said. “We’re going to get him and Alex Gutierrez-Morgan who’s a new kid that hadn’t played yet and transferred. He was one of our better linemen in the preseason and had a knee procedure. Hopefully get him back. Brayden Turner — our starting nose — didn’t play Friday night against Boyle. Hope to get him back.”

As far as the opponent, Madison Southern enters the game with the same 1-2 record the Admirals have, but with an offense that has combined to score 68 points in the last two games.

“They’ve got some skill players that do a good job. Number 11 (Walt Smith) wide receiver has some good speed and good hands. He’s a young kid, sophomore,” Clevenger said. “Quarterback (Tobias Storm) makes a lot of plays with his feet. They don’t throw it a whole lot, I think just 25 percent of the time. But the yardage they get in their passing game is almost even.

“They’re big play in the passing game. Quarterback does some good things with his legs making plays. And then they got a couple of running backs. They’ve got some good skill and they’re really big up front.”

Another wrinkle the Eagles incorporate is the ability to be flexible with their offensive scheme. Against Southwestern in Week 2, they ran a more downhill power focused scheme and in their win against Madison Central, they employed a more read-option offense. Clevenger suspects he’ll see the power running game because of his defense’s combination of speed and lack of size, but has been giving his team looks at the option in practice as well this week.

Clevenger highlighted the play of Keelan Story this season, both in the running game and the kick return game, although he’d like to see less chances for Story to showcase his return ability.

“We had our chances to return a bunch of kicks. That’s not a good thing,” he said. “Keelan Story is a young man — he hasn’t played football since his seventh grade year and he’s a sophomore — I thought he ran the ball hard. He ran the ball hard on kickoffs. He’s a young man that it’s really coming on. It’s just about getting him more reps and getting him in the mode of playing. That’s kind of where were at right now with this football team. We’ve got a lot of those types of situations.

“I think he’s going to develop. He’s a strong kid, strong with the ball,” he added about Story. “He’s starting at corner for us, but as the game comes to him a little bit more he’s going to be able to make more and more plays. Hopefully getting Caleb back, we get a few more playmakers on the field.”

Ultimately, the most important thing for Clevenger on Friday is getting off to a fast start and seeing some points get on the board.

“Obviously the last five quarters of football for us haven’t been the greatest,” he said. “I think getting off to a good start will be important. It’d be nice to see some nice things happen early. But you’ve got to go make those things happen. If they don’t, you just got to keep playing. That is going to be important for us — getting off to a good start.”