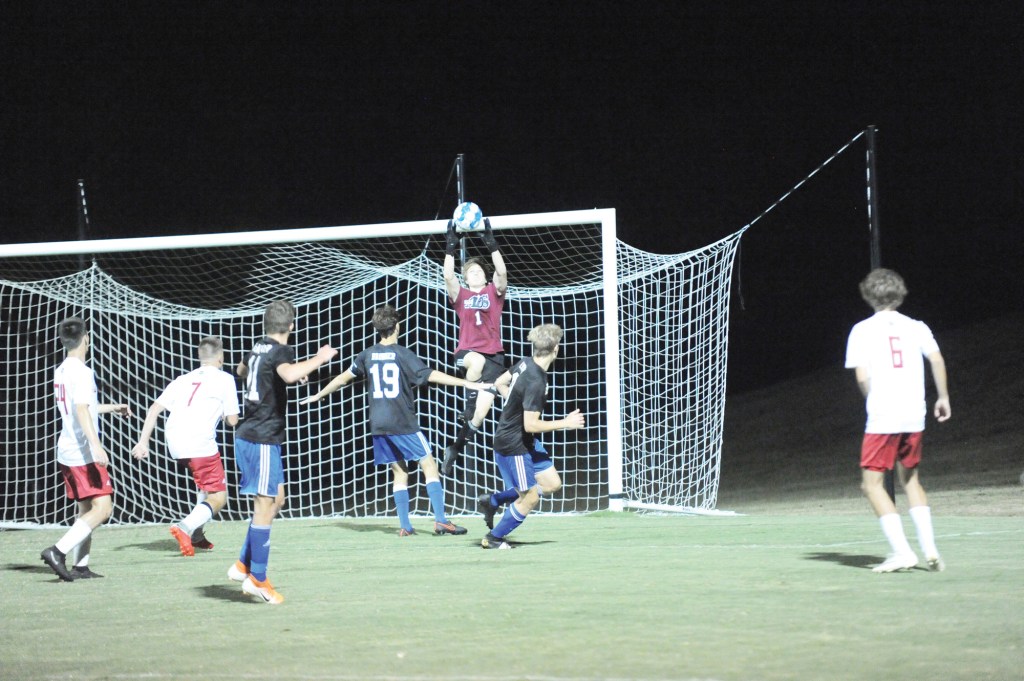 Thursday night’s match between undefeated Lincoln County and 8-1 Danville had all the stakes you could ask for. Beyond just the Patriots clean season, the Admirals were playing to stay perfect against district opponents and secure the No. 1 seed in the district tournament.

When the final horn blew, the unbeaten season was over, and the top seed was secured thanks to a 4-1 Danville victory.

“There’s all kinds of stuff with this win — getting the first seed in the district and just everything. But most importantly, we just played a heck of a game,” Danville coach Brent Beauman said. “That was probably the game we knew we were capable of — we did it all through Centre Camp.

“As the game went along you could kind of feel we were starting to get our swagger back. I think with the injuries and what not — I don’t want to say down, but we just haven’t been. And then tonight it was ‘alright, we’re ready and here to play’. Hopefully it’s a good thing that’ll finish us through the rest of the season.”

Ethan Redmond continued his impressive season by putting his 12th goal of the season in the back of the net within the first 10 minutes of the game to give the Admirals a 1-0 lead. 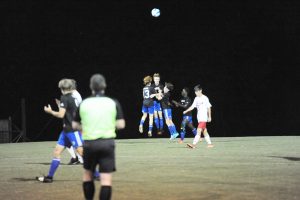 Trey Cummins put the equalizer in seven minutes later when he evaded Danville keeper Keeton Burnside to give himself an open net.

After that it was all Admirals.

Remi Forlevil scored what would be the game winner with 15 minutes left in the first half and the 2-1 Danville lead last until the next period. Seven minutes into the second half, Gabe Cisneros took a free kick that got deflected into the net to make it 3-1. Redmond scored his second goal to put the dagger in with 2:16 left in the game.

The Ads were playing shorthanded, most notably absent was Briar Sanders who missed the match with back problems. But the players on the pitch rallied together to play one of the most dominant soccer matches of the year.

“Sam Lynch gets the player of the game chain. He played probably the best game he’s ever played here at Danville. Ian McAllister same thing,” Beauman said. “These guys that we’ve just been grinding on all year finally tonight they did what we’ve been asking. It made such a huge difference.”

It felt like Danville had the ball for the entire game, with the Patriots possessions being short lived before the game eventually got out of reach.

The Admirals are back in action at home against Woodford County before taking on Lexington Catholic in the All-A.