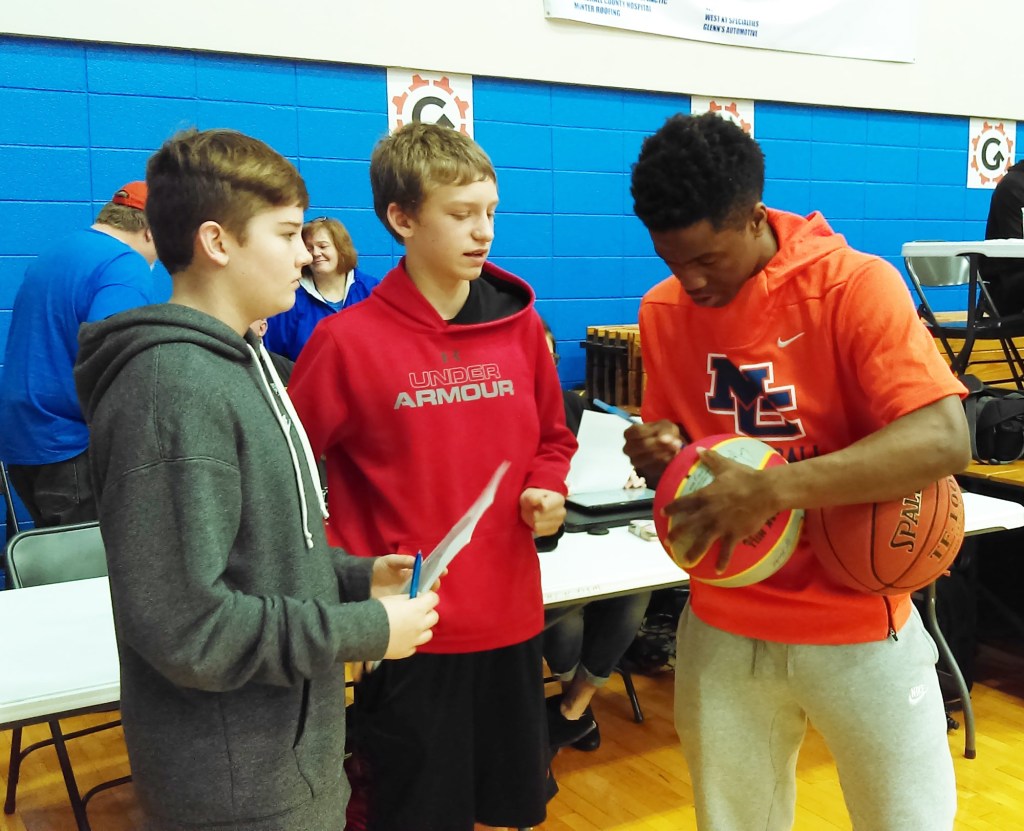 Even though he does not yet have a scholarship offer from Kentucky, Marshall County junior point guard Zion Harmon — ranked the 25th best player in the 2021 recruiting class by ESPN — has the Wildcats among his final seven college choices.

Others in his top seven are Kansas, Louisville, LSU, Seton Hall, Western Kentucky and Murray. Western Kentucky was the first school to seriously recruit him as he helped Bowling Green win a state title his eighth-grade year and Western coach Rick Stansbury’s son was on that team. Kansas coach Bill Self and the Jayhawks have been heavily involved with him since his freshman year at Adair County when he led the state in scoring at 32.7 points per game along 7.8 assists and 3.4 rebounds per game.

He also has offers from Auburn, Tennessee, Vanderbilt and others.

“We are still waiting on UK,” Mike Harmon, Zion’s father, said last week. “They are supposed to come to the school and check him out. I think still in his heart he really likes UK a lot.

“It is important to him for all the major schools in Kentucky — Murray, Western, Louisville and Kentucky — to be on his list but obviously Louisville and UK are at the top of the list. He knows he fits into that dribble-drive system (at UK). He has studied (coach John) Calipari and Kentucky and feels he could fit with his style of basketball very, very well.”

Harmon transferred to Marshall County last season but was ruled ineligible by the Kentucky High School Athletic Association. He stayed in school and had a big summer playing travel basketball to hopefully set the tone for his return to high school play at Marshall this season.

He averaged 14.3 points, 6.2 assists and 3.6 rebounds per game for his Boo Williams team in the Nike EYBL and helped the team reach the Peach Jam semifinals. At the NBA Top 100 Camp, he averaged 11 points and 3.4 assists per game and also played well at the Pangos All-American Camp. Next month he will attend the USA Basketball minicamp.

“He had arguably one of the better summers of any kid out there. His Boo Williams team was nowhere near as strong as it was his eighth-grade year but they got to the Peach Jam Final Four,” Mike Harmon said. “Every opportunity he had this summer, he showed out pretty well.

“After having to sit out last year (at Marshall County), he knew that hurt him in the rankings because he was not playing. ESPN and writers were following other kids that were playing.

He took it as a challenge to show where he was and I think he did a great job of that.”

Zion’s father expects him to make his college choice in the spring, probably before the Nike EYBL starts.