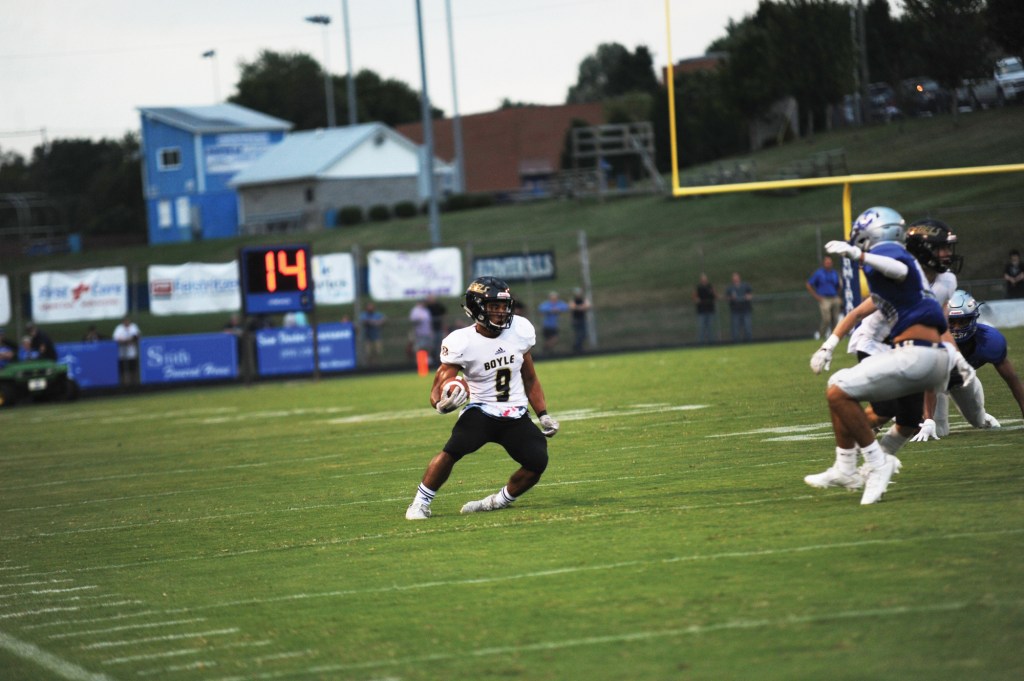 For the first time during his time as Mercer County head football coach, David Buchanan has an unbeaten team heading into the fourth game of the season. However, his team will face its toughest opponent to date in the also undefeated Boyle County Rebels.

“The thing I really like is that they’re really a close team this year. They’re real physical,” Boyle coach Chuck Smith said about the Titans. “They’ve got two really good running backs that really compliment each other. A good fullback who can run the ball as well. Their quarterback’s a great athlete.

“The thing that stands out to me the most is that they are real physical. Whether their running the ball or blocking someone. On defense — their defense swarms the football. I’ve just been really impressed. I think it’s the best team he’s had over there since he’s been there.”

The two teams are very familiar with each other both historically and as currently constructed — the two teams have a years long deal to play in each other’s bowls to start the season. Smith believes this familiarity will make for a tighter game.

“David and I go back a long ways actually. We share a lot of ideas in the offseason. I think I have a good idea about what Mercer does and I think he has a good idea about what Boyle does,” he said. “I think ultimately it’ll come down to who executes the best, who takes care of the ball. Those sorts of things.”

The Rebels have won all three of their games convincingly, getting the running clock in the first half of each. Buchanan says that he’s been preaching the “one play at a time” approach all year and that isn’t changing with this week’s opponent.

“We did a good job of that last week and need to do the same this week,” he said.

Smith highlighted the Titan’s running attack as a point of strength this year. Senior Malachi Yulee has gone over 100 yards every game this year, including a 207 yard performance against Allen County-Scottsville in Week 2. Sophomore Brayden Dunn has also contributed large chunks of yardage this year, amassing 149 yards on the ground. In three games, Mercer has accumulated a total of 679 rushing yards as a unit.

“We’ve got to be able to slow their run down, Smith said. “They’re a really good running team. So we need to slow that down and manage the pass.”

“They’re definitely really fast,” Boyle senior linebacker and offensive lineman Sam Bischoff said about Yulee and Dunn. “Our defense has been working really hard lately as we always do. We’re just going to gameplan that and take it as it comes, really.” 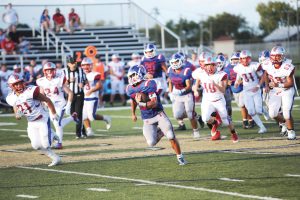 Buchanan is hoping to see a more balanced attack from his team, saying that Boyle’s defense is too talented to be a one dimensional team.

As far as how Mercer is preparing for Boyle, game planning for the speed and skill Smith’s team has displayed this year has proven a challenge.

“While our scout team is more talented and faster than normal, it is still really difficult to simulate Boyle’s skill,” Buchanan said. “Between practice and watching video, our guys will have to gain the best understanding possible of what they will be facing and how we will defend them.

“This week, preventing the big play will be especially significant. Last week, turnovers and defense got us the win. We have to be in the right spots, get our reads, run to the ball, and tackle well when we get there.”

This year, the bulk of Boyle’s drives have been less than three plays, with a handful ending after one big play. While those plays are exciting, Smith is hoping to see more sustained drives this week.

“It’s really important the we be able learn how to — because it takes some discipline and accountability to sustain a drive. To put eight-10 plays together,” he said. “That’s something we need to work on because it’s going to happen. It’s going to happen against great teams. It’s important that we understand that and be able to do it.”

“Our O-lIne is in really good shape so we can stay out there for those long drives and punch the ball in the end zone when need be,” Bischoff added.

The battle of the unbeatens — dubbed the Farmers National Bank Game — will be at Mercer County at 7:30 p.m. Friday.