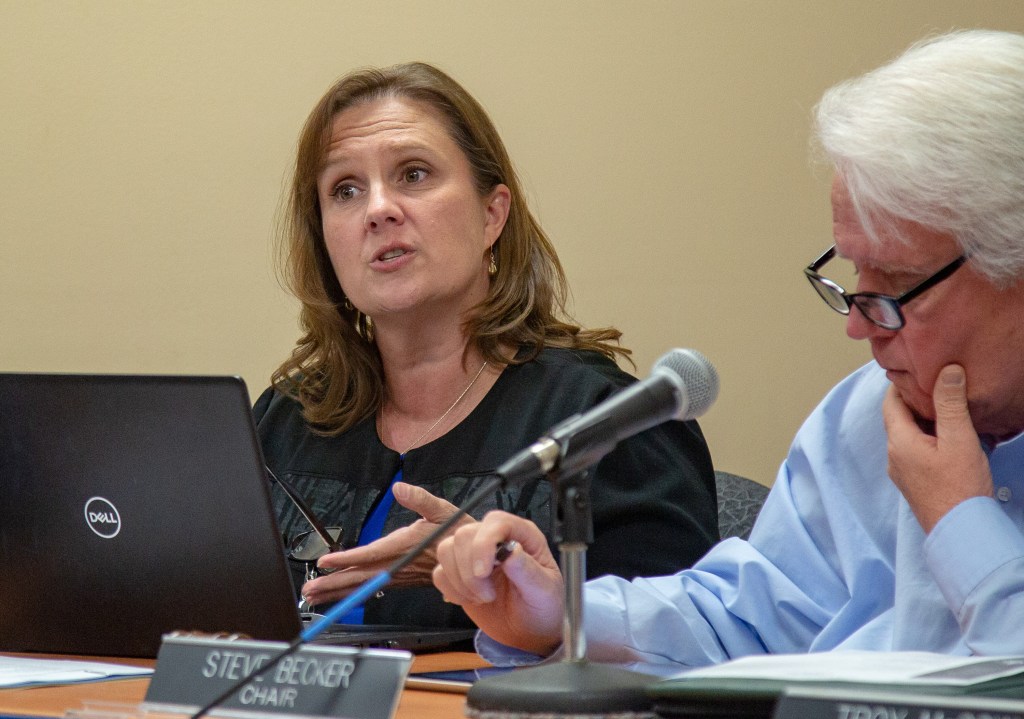 The Danville Board of Education approved a $1.50 per hour raise for its school bus drivers this week, along with the potential for up to $800 in perfect attendance bonuses each year.

The maximum cost of the increased pay, along with a change to how drivers are paid for extracurricular trips, is likely less than $28,000, based on a calculation by The Advocate-Messenger.

That’s less than the $33,000 the district saved by eliminating one administrative position at the central office this year, which means the district will remain within its budget for personnel, Superintendent Tammy McDonald said. 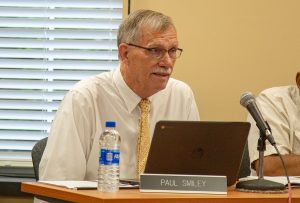 Danville school board member Paul Smiley made the motion Monday night to give district bus drivers a $1.50 per hour raise and the potential to earn up to $800 in bonuses for perfect attendance. (Photo by Ben Kleppinger)

The board passed the raises due to a bus driver shortage that McDonald has classified as “critical.”

The district has been running 11 bus routes instead of its normal 13, but it’s been doing it with nine full-time drivers and two substitutes, who have stepped up to help out the district in a pinch.

McDonald said it’s currently a “daily” question of whether there will be enough bus drivers available to prevent school from being delayed or even canceled. On Monday morning, there was an hour of time from about 4:45 to 5:45 a..m. when the district couldn’t line up enough drivers and it was looking like it might lead to a 2-hour delay, McDonald said. The same day, maintenance workers were pulled away from their normal jobs twice to drive buses and keep things going.

Ed McKinney, director of school services, said bus routes are very lengthy right now and packed to capacity with students. McDonald said she’d had some high-school girls confirm exactly that with her at lunch on Monday.

Board member Paul Smiley made the motion Monday night to give a $1.50 raise and the larger $800 bonus, which will be earned quarterly in increasing amounts based on how long the driver has had perfect attendance.

“We have a crisis and we have some outstanding drivers that are hanging in there for us every day,” Smiley said in making the motion.

“I feel great about it,” McKinney said of the board’s decision.

Smiley said he thinks the board could go further and consider “signing bonuses” for new bus drivers, who must complete lengthy training and state testing to earn their CDL certification — all before the district begins paying them. Board Chair Steve Becker said that’s an idea the board may look at before the next school year starts.