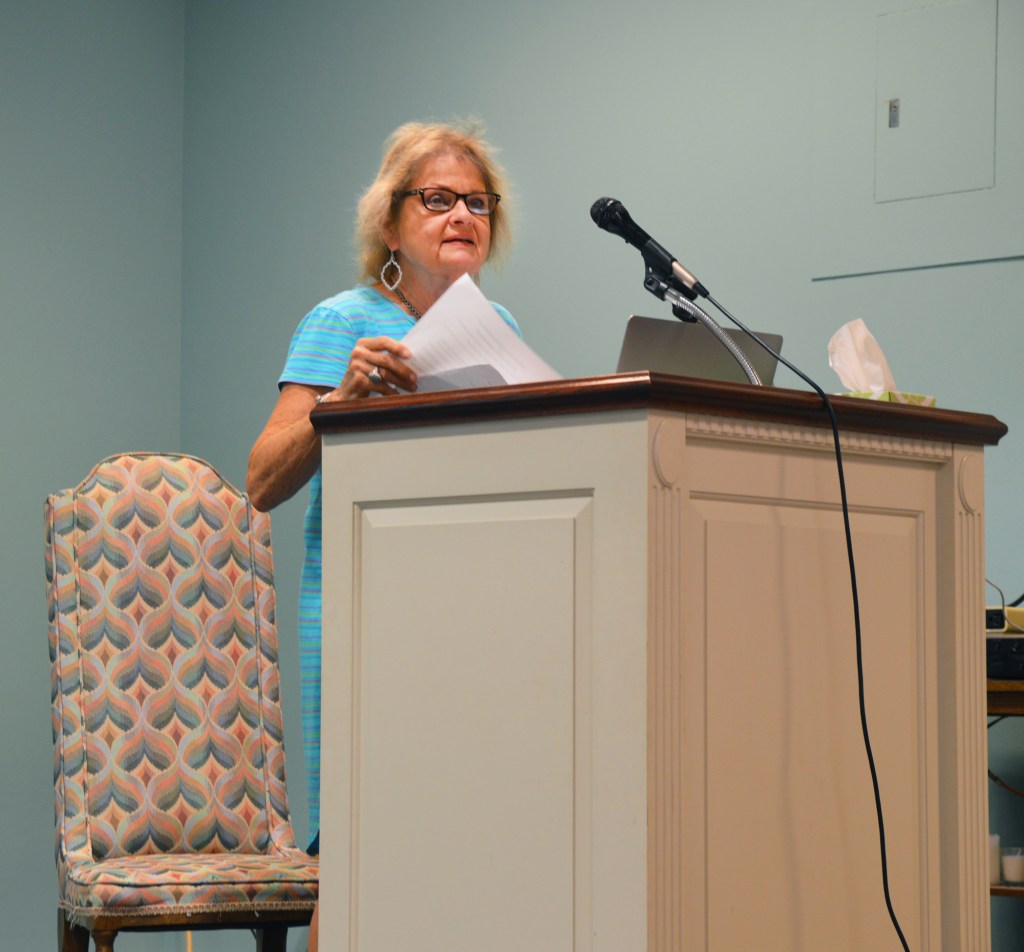 Boyle County Agency for Substance Abuse Policy (ASAP) decided to combine two events into one recently, and offered a training on how to effectively use Casey’s Law. ASAP’s coordinator, Kathy Miles, said this year’s event was held a bit later in September, which is National Recovery Month, and was also to mark International Overdose Awareness Day, traditionally observed on Aug. 31, which is a global event.

“(International Overdose Awareness Day) first began in 2001 in Australia, and soon spread across the world,” Miles told the 40 or so people gathered at First Christian Church in Danville on Thursday evening. The group had just finished training to understand how to use Casey’s Law, which was led by advocate and trainer Jenell Brewer, the founder of SPARK Ministries, which stands for Special People Advocating Recovery Kentucky.

Toward the end of her presentation, a participant asked her if there is a limit to how many petitions can be filed on someone. “I’ve done three on my daughter,” Brewer said. “And if she messes up, there’s going to be a fourth. I’ve done four Casey’s Law on one person …” 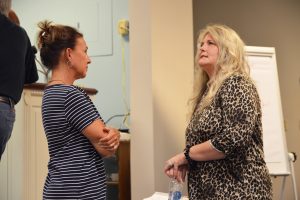 Before she and her husband filed the third on her daughter, Brewer said her daughter “begged me to do it. She said I did one, it would hold her accountable through the court without any criminal trouble …”

Casey’s Law is a legal proceeding which results in a court order for involuntary treatment for a substance use disorder, regardless of the substance. The law was passed in July of 2004, and provides a means of intervening with someone who is unable to recognize their need for treatment due to their addiction. It allows parents, relatives and friends to petition the court for treatment on behalf of the person who is addicted.

Petitioners can obtain a form from a county attorney, an advocate office or download it from the internet. The petition is filed with the circuit clerk, and the court reviews the allegations and examines the petitioner under oath before determining whether there is probable cause to order treatment.

The law was named after Casey Wethington, of northern Kentucky, who died at 23 from a heroin overdose. His mom, Charlotte Wethington, could not intervene with her son’s disease because he was over the age of 18 and not in the criminal justice system. Her son was eventually arrested, but was released on his own recognizance and told he would receive a summons to appear in court to face drug-related charges. The summons came on the day of his funeral, and Charlotte Wethington vowed to help create a law that would allow loved ones to intervene in situations of addiction.

“We hope this training will be a foundation for more families using using Casey’s Law to get their loved ones into treatment,” Miles said. But, Casey’s Law hasn’t been used in this part of the state as much, she said.

“I did the training for the Hope Network, as jailer,” said Brian Wofford, Boyle County jailer, who was also at the event. “I wanted to understand more about Casey’s Law.” He’s had several asking him for advice, he said, on how to help a family member with addiction.

“I wanted to be better informed,” Wofford said. “And I did not realize that Casey’s Law is so underutilized in our county.” 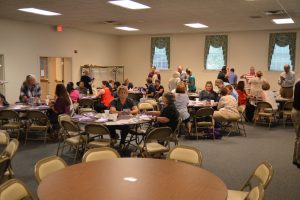 Thursday’s training was the first to be offered in the community.

She told those in attendance that in 2017, Kentucky lost 1,477 people to overdose deaths. “In ‘18, we lost 1,247. In Boyle County, many of you remember the summer of 2016, when we lost several of our friends and family in a very short period of time. Sixteen Boyle County residents died in that year. In 2017, we lost eight Boyle residents, and we improved in ‘18 to five losses. But that improvement is not enough — it’s not OK,” Miles said.

She said it’s not OK if you are a parent, spouse or other family member or friend of someone who’s died from an overdose. “It’s not OK if your family is currently struggling with addiction and lives in constant anxiety that you will lose a loved one. It’s not OK for any of us to settle for any lives lost to overdoses in this community,” Miles said, because they’re not just deaths. And those deaths represent different things to different people, she added.

“They represent babies who were rocked by loving mothers; kids whose dads took them fishing; graduates of our public schools; parents whose children’s lives will forever be changed because a mom or a dad is now gone.”

Miles said she and the others offer “our sincere sympathy and condolences to all of you who are survivors of these losses. We understand your journey of grief should be supported by this community.”

Recovery month is about hope, she said. “It brings to our awareness that with the proper treatment, support and life changes, people can and do recover.”

Miles said ASAP and its other partners in the event hope to do another Casey’s Law training within the next three months.

As far as why the law isn’t as widely used locally as it is in other counties, she said awareness is definitely part of the problem. “As is understanding all of the process at every level. … We need to use it more in Boyle and surrounding counties.”

According to the report from the Kentucky Office of Drug Control Policy on 2018 overdoses, the state saw signs that the overall trend may be changing direction. The office said for the first time since 2013, ODs had declined, from 1,477 in ‘17 to 1,247 in ‘18 — a 15% decrease equivalent to 230 lives.

The office attributes this to the program and policy initiatives, including prescription drug monitoring programs, expanded availability of naloxone and substance abuse treatment, and the enactment of laws specifically addressing the availability of prescription medications. House Bill 33, for example, limited opioid prescriptions for acute pain to a three-day supply, only with certain exceptions, and increased penalties for trafficking in heroin and fentanyl.