‘Sax to the Max’ at theFort Harrod Jazz Festival this weekend 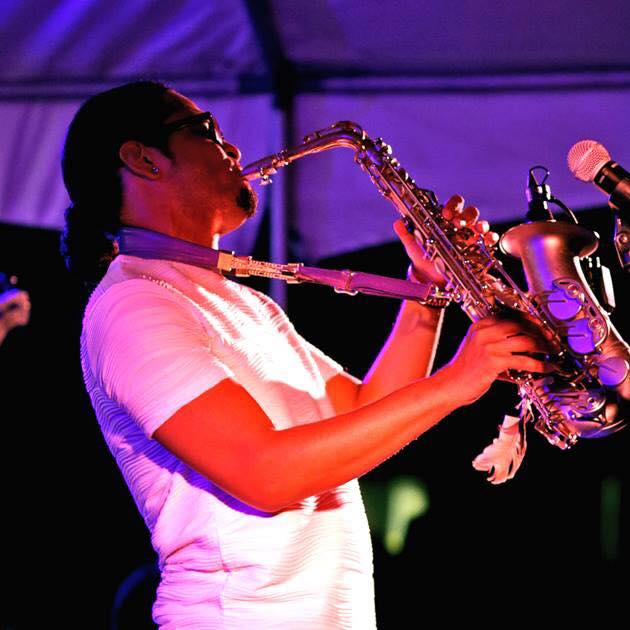 This weekend, 18 bands will invade Harrodsburg for the sixth annual Fort Harrod Jazz Festival. Sam Carr, festival director, says this year’s event will be “Sax to the Max.”

That’s the theme — three exceptional saxophonists, Adrian Crutchfield, Jamey Aebersold and Miles Osland, will be showcased along with the bands. Saxophonist and vocalist Brooks Giles will perform on Saturday as well.

The festival is held on the front lawn of Old Fort Harrod State Park, and is free. Carr says it includes 18 bands — national, regional and local jazz ensembles, from quartets to 17-piece big bands. The musical styles are diverse and will showcase outstanding instrumental and vocal performers, “and the diverse genres of jazz,” Carr says.

Food vendors will be on hand, selling barbecue, burgers, ribeye sandwiches and sweet treats. There will also be a beer garden.

Carr says the festival is totally free, made possible by the support and generosity of 35 sponsors and partners from the region.

“In addition to our renowned saxophonists, we have two award winning bands from Nashville returning this year, The Cosmic Collective with vocalist Nikki Elias and The Sofia Goodman Group, led by drummer Goodman,” he says.

The headliner is Adrian Crutchfield, who returns after a blow-out performance at the festival last year. “He was Prince’s sax player. He seriously stole the show last year …” Carr says about the international performer.

Also during the festival, the Kentucky Artisans Expo returns, available Saturday during festival hours. Around 30 Kentucky artists and students will exhibit and have pieces for sale.

Carr says this goes along with the educational component of the festival. “We do so much with the colleges … And having them perform at the festival gives them a venue to shine in, as well as a target” to rehearse in preparation for, he says. “It’s the same with the arts component. We also have someone who’s worked very hard to reach out to area and regional schools to get students to exhibit.”

Carr says Mary Elizabeth Stine, who came on with the festival three years ago, has been a tremendous force behind the arts expo. “She just really took it and ran with it. She’s taken the lead on it, and it’s really something special now.”

Sunday, Carr says, will once again feature the big bands, with professional and collegiate ensembles from the region, including the University of Kentucky, Morehead State University, Eastern Kentucky University, Asbury University and The University of the Cumberlands. The MetroGnomes, a big band that plays jazz, Latin, rock and swing, will also play.

Carr says there will be a special celebration on Sunday, as well. “We’re doing a 30-50 tribute for UK — 30 years under the direction of Miles Osland, and 50 years of UK having a jazz band.” He says alumni will be brought in from all over the country to perform in an all-star band, paying tribute to Osland.

Osland’s jazz combo will close the festival on Sunday. 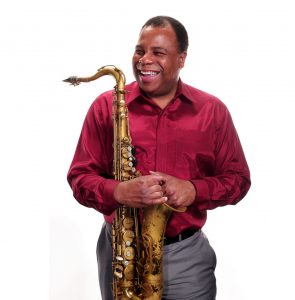 (Contributed photo)
Brooks Giles III will also be one of the highly acclaimed featured saxophone artists at this weekend’s jazz festival.

“We also have Jamey Aebersold, an internationally-acclaimed and honored jazz clinician and musician who is a former professor at the University of Louisville,” Carr says. “If you study jazz in college or buy books on theory, you’re playing out of one of his books. So yes, he knows what he’s doing …”

The lineup for the 2019 Fort Harrod Jazz Festival includes: