Ads look to get back to winning ways against Hazard 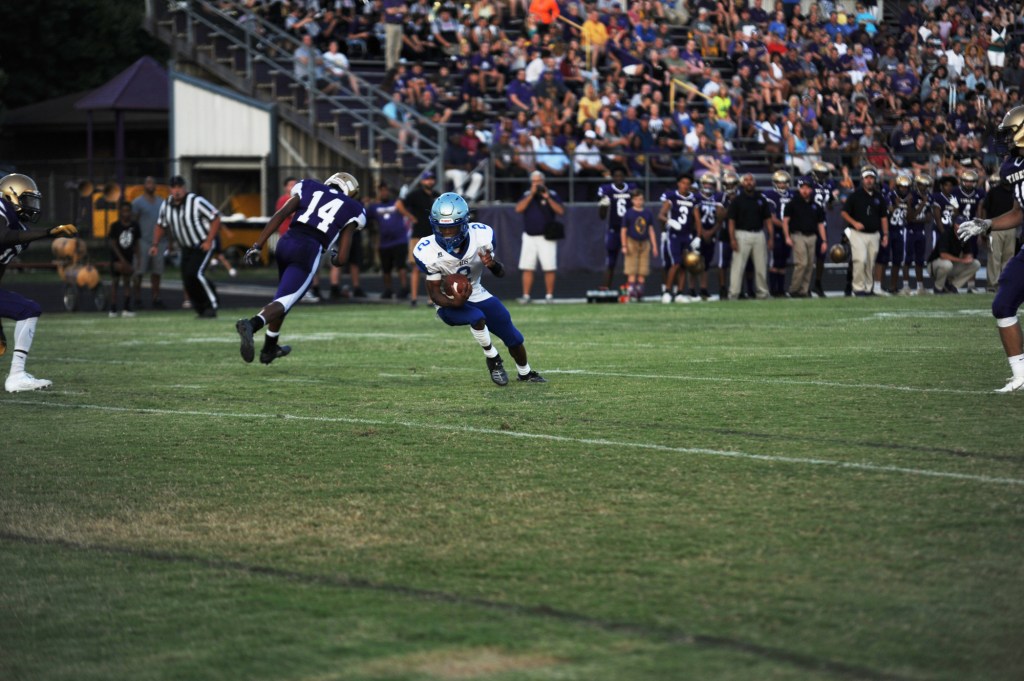 Corydon Crawford runs into the end zone on a TD catch. He's one of the players returning for the Admirals this week. (Photo Derek Brightwell)

After a big win to open the season at the Bob Allen Pigskin Classic, Danville has yet to find success on Friday nights this year. Still, the young team has kept a positive attitude and head coach Clay Clevenger comes out of every week of practice feeling good about his team.

“They’re still working. It’s a good group to be around. They obviously want to see things change. Nobody likes to go out and get beat on Friday nights,” he said. “But they’re doing what they need to do as far as focusing in and the biggest thing is that you just can’t rush it. As much as you want to see the final as it should look like as a coach, you’ve also got to look back as a coach and say ‘alright we’re young there and there and there.’ Sometimes you just have to play your way through a lot of mistakes.

“As long as they keep the attitude right and keep giving good effort eventually it’s going to catch in and that’s what I’m excited about. Hopefully in the near future the light bulb clicks for some of these guys and it takes off.”

“I think a lot of teams when they start losing games, they start losing their heads and kind of have a drought,” senior defensive end Nick Price-Hancock said.. I think we’ve done a good job of keeping positive and knowing our roles and what we need to do and knowing that if we don’t, it’ll cause more problems. Staying focused has been a really big thing week and every week.

“It’s like coach Clev has said before — we seniors are looked at to constantly keep our heads up no matter what’s going on. In games especially,” he added about the senior leadership. “It’s our job as leaders to calm them down and get them to take a step down and keep their heads and realize if they do their jobs and play the way you know you’re supposed to play it’ll all take care of itself.”

This week, Danville welcomes Hazard as its homecoming opponent. The Bulldogs (2-1) will drive over 90 miles to face off against the Admirals. Clevenger said that the game — which Danville will reciprocate a road trip for next season — came about after winning the state championship. The Bulldogs wanted to strengthen their schedule, and both schools wanted to find competitive teams of similar sizes. He also said that this is a unique match-up that fans don’t get to see often, and should be “a good, competitive game.” 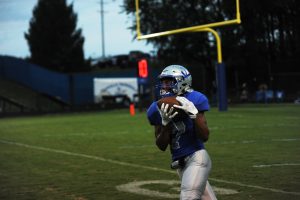 Hazard is boasts a balanced offensive attack as well as a stingy defense, outgaining opponents by an average of over 252 yards per game.

“They’re really aggressive up front and impressive at their defensive line and linebacker as far as stopping the run and plugging holes and getting you into situations where you’ve got to throw. Then they like to bring some pressure,” Clevenger said. “We’re going to have to do a good of sustaining our blocks and getting off the football well in order to be able to run the football.”

Offensively, while the Bulldogs are almost a 50-50 run/pass split — averaging 131 rushing yards and 245 passing yards per game — Clevenger expects to see a mix of shotgun one-back spread formation and deeper backfield sets as well. Price-Hancock also notes the size of their offensive line.

“I know that their offensive line is pretty big from the film that I’ve watched. Obviously they’re going to be some big mountain boys. I think defensively we just need to focus on getting a good push up front,” Price-Hancock said. “We’ve got Braeden (Turner) back and he’s obviously a big body. We’ve got Devin (Murphy) at nose guard too. I think KJ (Stanfield) will be playing in opposite side of me and he’s been doing really good in practice so I’m excited to see what he’s going to do against Hazard.”

One of the biggest challenges Danville faces is a recent spate of hand injuries — and injuries in general — that are limiting its roster. They will be helped by the return of Turner and Corydon Crawford, but will be without key players on both the offensive and defensive sides of the ball.

“It’s one of those where you just shuffle some guys around and you’ll see some other bodies in there as well,” Clevenger said. “It’s just next-man-up and they’ve got to be ready to come in and compete and do their job.” 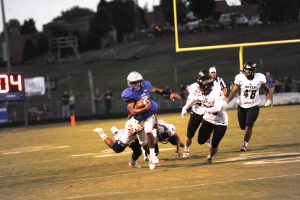 If Danville wants to snap its losing streak this week, Clevenger believes a hot start and ball security are the paths to it.

“We’ve got to take care of the football. Early in the games we haven’t done a good job of valuing possessions. Whether it’s in the kicking game and/or offensively and we need to do a better job of that. And at times we’ve been forced into short fields defensively which hasn’t helped,” he said. “It’ll be nice to come out and get off to a really good start and take care of the football and get some early success. If we do that, I think we’ll get some confidence from it and you’ll see a football team that’s hungry to go out and do what’s right.”