Norton Center gives thanks to supporters to kick off season 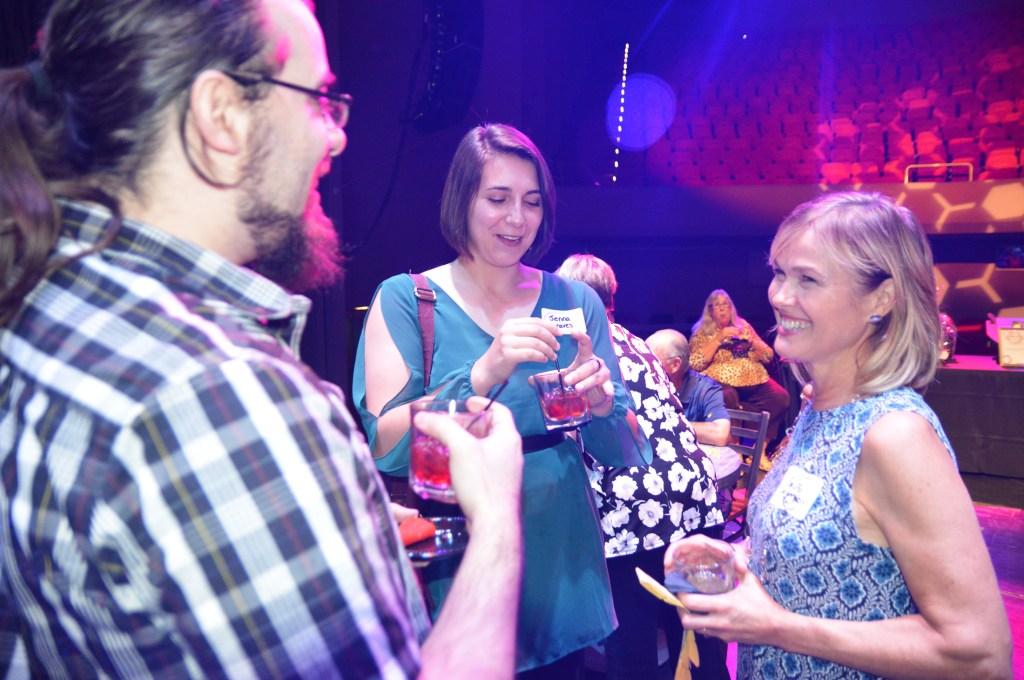 Norton Center for the Arts celebrated the beginning of its 46th season Thursday night, held on the Newlin Hall stage. Executive Director Steve Hoffman said the annual event has been going on for seven years, with two purposes in mind: “To kick off our new season, and to show appreciation the best way we can to our 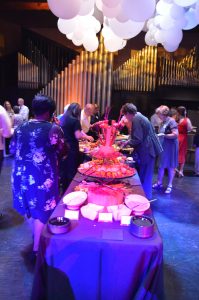 subscribers, donors, sponsors and other friends of the Norton Center.”

Hoffman said his crew continually hears that this annual event is one of the most anticipated parties in Danville. “And we agree that it is a very special party … we do not take for granted their patronage.”

Hoffman said before the days of social media, the internet and even Blockbuster videos, attending performing arts events was a way for members of the community to get together and socialize, which the party honors the notion of. He said the new TasteMAKER Series offers social events following each of those performances, meant to continue the past tradition of members coming together around cultural events, pairing local food and beverage businesses and other artisans providing treats.

He said they choose to have the event on the Newlin Hall stage because it makes everyone feel special.

“You’re on the stage that many famous, exceptionally talented people have performed (on). That’s pretty cool,” he said. A long table with appetizers, cheeses, Korean chicken sliders, beef satay, mini tacos and more was a gathering place for many, and an open bar served old fashions, wine and other drinks throughout the evening. Everyone who attended was given tickets at the door to bid on raffle items, donated by multiple area businesses, and live music played throughout the night.

“It’s just our way to give back to the community and patrons who support us,” Hoffman said.

To find out more about the TasteMAKER Series and the upcoming season, visit nortoncenter.com.