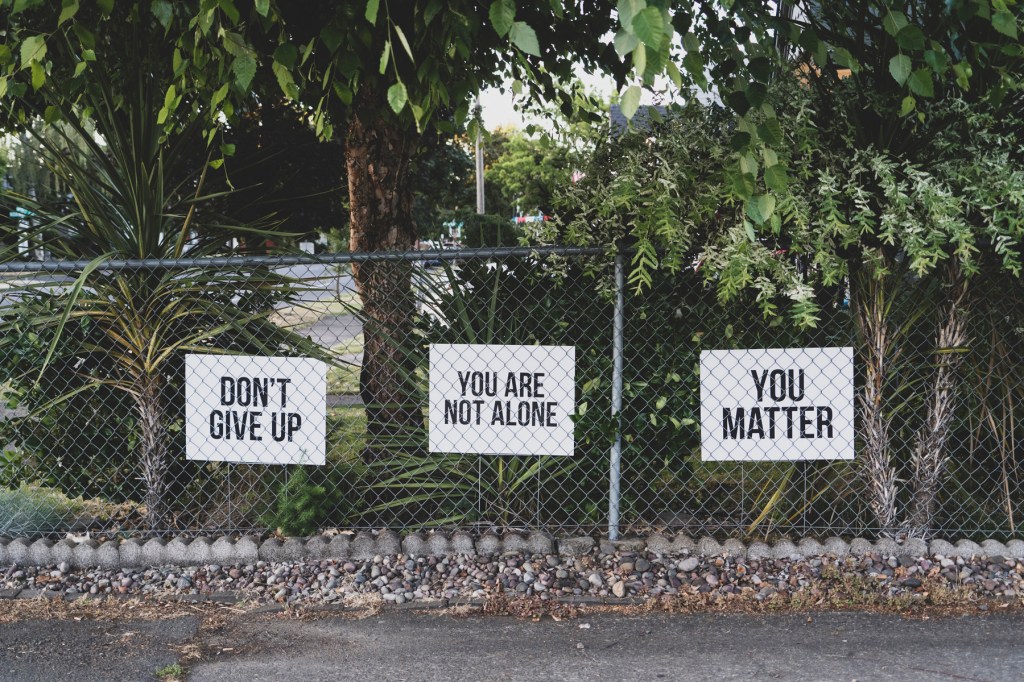 September is National Suicide Prevention Awareness Month. There are two goals for this month. The first is to promote awareness around the issues of suicide. The second goal is to educate about the prevention of suicide.

Suicidal thoughts are often the result of an underlying mental health condition. In many cases, the individuals, friends and families affected by suicide are left in the dark. They feel ashamed or affected by the stigma that prevents them from talking openly about issues dealing with suicide.

Anyone who works with children or families should be aware of some important warning signs. They include:

• threats or comments about killing themselves;

• increased alcohol and drug use;

• social withdrawal from friends, family and the community;

• dramatic mood swings in either direction;

• talking, writing or thinking about death;

• a mental health issue that has not received attention or treatment; and

• living with a chronic or terminal illness.

If a person has any of these signs, it does not necessarily mean they are suicidal — it just means there might be increased risk.

It is vital to talk about suicide in our communities in order to reduce the stigma. It is also important to remember that talking about suicide with a person does not increase the likelihood that they will attempt suicide. In fact, helping a person talk about it might help reduce the risk of a suicide attempt.

If you or someone you know is in an emergency, call The National Suicide Prevention Lifeline at 800-273-TALK (8255). If you think someone is in immediate danger, call 911 immediately.