Wislon, Gritton finish in top half of All-State Championship 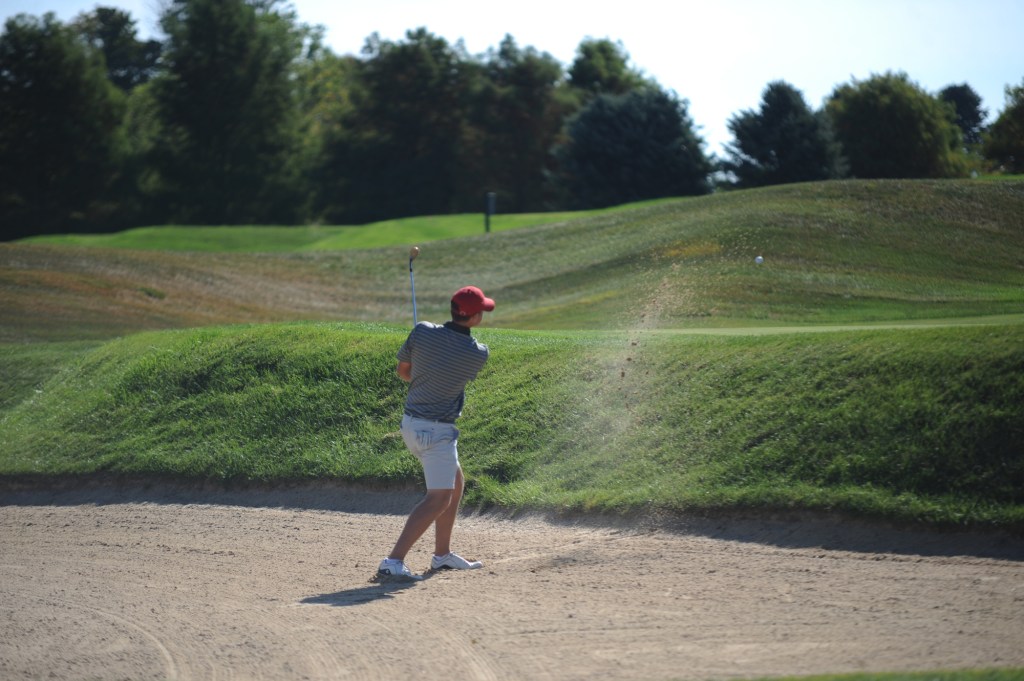 Reed Gritton plays out of a bunker and onto the green during Sunday's All-State action. (Photo Derek Brightwell)

Over the weekend, the Kentucky Golf Coaches Association and Golf House Kentucky put on the inaugural Kentucky All-State Championship, hosting thirty of the top girls and boys teams and 42 individuals to compete in a 36-hole tournament at the University Club of Kentucky.

Among the competitors were Reed Gritton of Mercer County and Colton Wilson of Boyle County who were recognized for their outstanding play in tournaments throughout the year. After two days of play, Wilson finished tied for 27th (out of 96 individual scores) with a +7 after shooting a 74 on day one and a 76 on day two. Reed Gritton finished tied for 33rd with a +9, shooting 76 on both days.

John Marshall Butler of Trinity (Louisville) won with an incredible -13, shooting 65 on both days of the event. Finishing in second was Drew Doyle of St. Xavier (Louisville) with a -9, shooting a 68 and 66 on the two days. Trinity and St. Xavier also finished as the top two in order as the only teams who shot below par. No area schools were represented as a team in the first All-State. 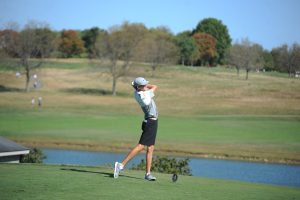 The tournament itself is an unusual undertaking, as it is not the same as the official Kentucky High School Athletic Association state tournament that will take place later in the year. The nature of the KHSAA tournament — which changed its format this year, taking only the top team in the region and more individual players — means that many of the top teams in won’t qualify for the state tournament due to regional alignment. The All-State gets around that by being an invitational to the teams and individuals that the KGCA and GHK select.

“We are striving to have a major impact on not only golf in Kentucky as a whole, but also on the individuals that are participating and anyone that is involved,” Kevin Mims, Executive Director of the Kentucky Golf Coaches Association said in a press release. “The All-State Championship will give players the opportunity to compete against the best players in the state, and will reward hard work, ability, concentration of mind, time put in for practice, and the desire to go against the best.”

The host course — the University Club of Kentucky in Lexington — was also integral in the formation of the tournament. Danny McQueen — owner of the course — has been a longtime supporter of golf at all levels and was excited to start and host the All-State.

“Kevin and I started discussing the concept of a single tournament with the best boys and girls teams in Kentucky about four years ago,” said McQueen. “We would talk about it constantly when we were together, and the timing finally seemed right. We are really excited that we were able to bring the concept to reality and showcase a championship with the best teams in one place.”

On the first day of competition, Gritton and Wilson started about an hour and a half apart from each other, but on day two, the two regional rivals were in the same group of three. Both coaches — Jay Anderson of Mercer County and Tay Webb of Boyle County — were incredibly proud of their respective golfers and thrilled that they were recognized among the top individual competitors in the state.

Now, for both Wilson and Gritton and the Boyle and Mercer teams as a whole, the focus shifts entirely on the regional tournament for a chance to get into the KHSAA State Tournament.