Weisiger fountain to get rework at no cost to city 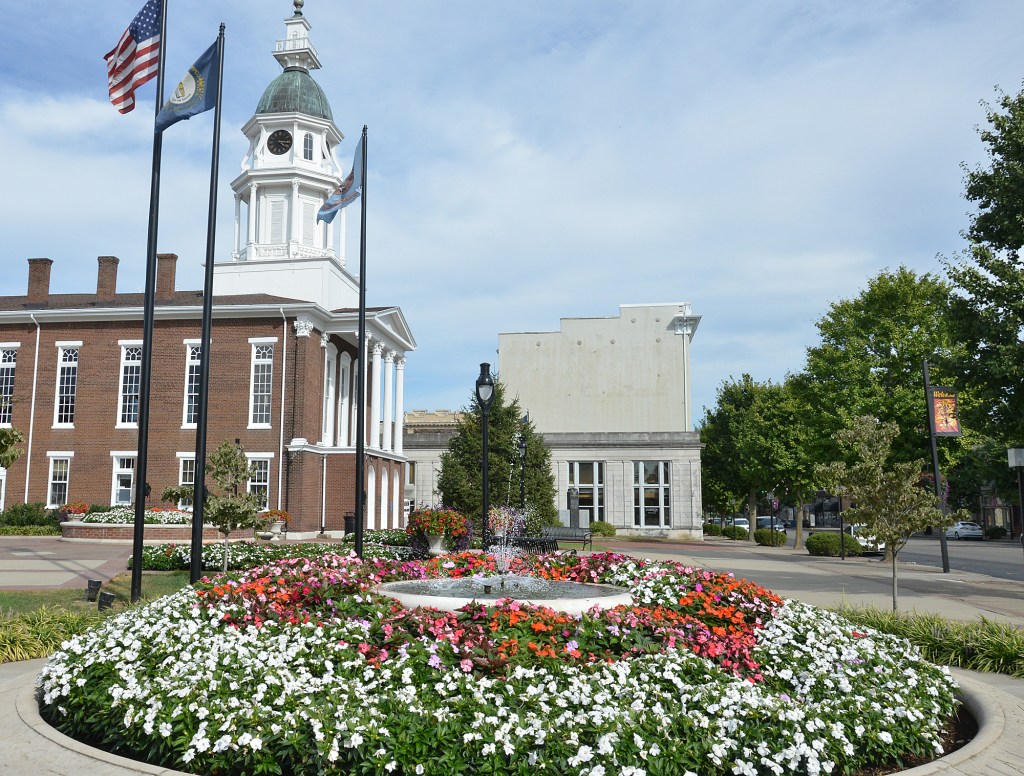 The Weisiger Park fountain has been the center of dissatisfaction and scrutiny since being designed and erected by Brandsetter Carroll. The firm will now make improvements at no cost to the city.

The decorative water fountain located on the corner Weisiger Park will get its much-needed improvements at no cost to the city. Monica Sumner with Brandstetter Carroll, the firm that designed the fountain, said the intent is “for us to provide these engineering services at no cost, essentially as a continuation of the original design since the city was not satisfied.”

Sumner said about a month ago, the firm recommended five strategies to city staff to “upgrade the fountain.” She said there was one standout strategy, “which happens to be the most difficult, of course. But it’s the one we believe would provide the most satisfaction.”

Sumner said the firm plans to work alongside city staff to get bids, and some of the work may be “self-performed or by outside contractors, but we will provide details necessary to get those bids, in approximately one month.”

The plan, Sumner said, is to remove the fountain’s bowl, leaving the Weisiger ring in place but protecting it during construction. The dirt will be removed underneath, and a concrete shaft will be poured approximately 3 feet inside of the ring, with the depth unknown but the height to be approximately 2-3 feet higher than the ring.

The height of the new inner bowl, that will be poured with concrete, could be as high as 5 feet off the finished ground, she said, which will be concealed with plants during the summer time.

“The width of that body of water will be about 8-9 feet, and that diameter is important because the height of the water spray, which is where all your interests lie, can be equal to the diameter of the pool,” she said, and also giving room for the over-splash.

With this new design, Sumner said, “We can achieve anywhere from a 6- to 8-foot-high spurt of water, in addition to the already several feet above the ground. I believe that will make the impact that was originally sought.”

She said a pit will be installed, similar to what is in place with the park’s water curtain, “and we’ve already talked with Earl (Coffey, municipal utility engineer) about this — we’ve already identified the source of electricity, water, those kinds of things.”

The structure will be brick-faced and have a cast stone cap on it, Sumner said, in order to keep a cohesive design. And it will “match the ring and the planter bed ring that’s in the center of the park. So the styling of that will all be matching and look original to the park.”

She said it’s been requested that the city maintain ownership of the original bowl, “and it will go out to the water plant to be reused in some capacity.”

“Is there a timeline for this?” Commissioner Denise Terry asked.

“Not yet, but there will be one. We’ve just concluded this was a good strategy a week ago. This is a new idea here, that we’ve got to make happen.”

Mayor Mike Perros first said that with winter coming on, “certainly we’d like to have it signed, sealed and delivered by the first of April. Unless you want to run a fountain in the wintertime. I guess you can …”

“So, in that case, the sooner the better,” Perros said.

The fountain was part of the main features in the newly renovated park in 2017. The park renovation cost $594,000, according to an official announcement when the park was dedicated.

In June, City Manager Ron Scott told the city commission he was made aware of a petition signed and being circulated by a small group of citizens who tried to raise money to get the fountain replaced. The group wanted a bronze fountain that was for sale in Lexington, costing $6,000 and featuring water flowing out of swans’ necks.

The commission heard from resident Wilma Brown Monday, who brought up one of the most recent anticipated expenses for the city: $75,000 allocated to a consultant the city will pay to create a master plan for downtown.

“I want to remind you tonight of some projects that we take for granted now that were not recommended by any consultant, they were not instigated by any branch of government, they had no state or federal affiliation, and yet they came about,” Brown said. She said they came about due to “historically bold individuals in our community, that have a good idea” talk about the idea with friends in the community, “and then they became a reality.”

She said these are things that not only enhance the community, but they bring about economic vitality, especially in downtown.

“I’ve jotted down some of these: Great American Brass Band Festival, the BBQ Festival, the Art Center of the Bluegrass, Soul of 2nd Street Festival, the Industrial Foundation, the Great American Dollhouse Museum, the 2002 campaign for alcohol sales in restaurants, West T. Hill Community Theatre, Pioneer Playhouse, the Arts Commission’s commitment to art exhibits and the gallery hops, even the Danville tree project, also our public library — and we forget this — was not a public library at first. It was started by one family, one individual thinking it was a good idea in our community.”

“And I also want to include that every single retail store, every single restaurant downtown was started by one individual, each one, working hard and trying to bring about improvement in the community,” Brown said. “So sometimes I think that some things are very obvious and in front of us, and I think maybe the city sometimes should pay more attention to the individuals around town who do have good ideas, and can give them their time and their energy and even their financial commitment to making this a better place.”

In other city commission business

•  A banner request was approved for the third annual Kiwanis Club charity chili cook-off, which will be held Oct. 19 at Wilderness Trail Distillery. Debbie Wagner and Robert Cunningham appeared on behalf of the club, and said the event helps fund children’s and senior’s programs for Christmas.

• A proclamation was enacted in honor of National Breast Cancer Awareness Month for the month of October. It noted breast cancer is the second most-commonly diagnosed cancer in women and men in the country, and the second leading cause of cancer death in women. An estimated 250,000 new cases of invasive breast cancer are expected to be diagnosed this year alone — on average, one woman is diagnosed every two minutes.

The city encourages everyone to display support for awareness in the form of bold pink ribbons.

The proclamation also noted Oct. 18 is National Mammography Day, which brings awareness to early detection and treatment that can save lives.

• Issued a proclamation in honor of Fire Prevention Safety Month, to be observed in October, which was accepted by Danville Fire Chief Ken Pflug. It noted that four out of five fire deaths in the country occur at home each year, and that working smoke alarms cut the risk of dying in half. The theme of 2019 Fire Prevention Week is “Not every hero wears a cape. Plan and practice your escape.”

Pflug said the fire department will be visiting all the schools in the area this coming month, talking to students about fire safety issues. “So you’ll be hearing from them when they come home.” He said anyone who has any questions or wants more information may call the Danville Fire Department at (859) 238-1211.