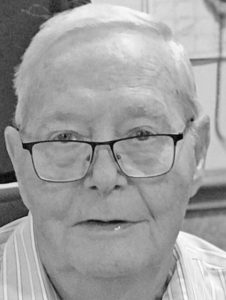 Norman graduated from Zanesville High School, Zanesville, Ohio, and Transylvania University, Lexington, Kentucky. He received his doctorate degree from Lexington Theological Seminary. Norman served as a Disciples of Christ minister for over 40 years, serving in Lima, Ohio, Omaha, Nebraska, with the final church he served in Danville, Kentucky. After retirement, Norman worked as the hospital chaplain in Danville, Kentucky. He was a lifelong avid athlete, playing racquetball, softball, scuba diving, and bicycling. He enjoyed cheering for The Ohio State football team and University of Kentucky basketball team. But most of all, Norman enjoyed cheering on his grandchildren when they participated in various sporting events and school activities.

He was preceded in death by his parents and sisters, Betty Dailey and Mary Lou Smith.

Norman’s family will miss him terribly. They plan to honor his loving memory with a private service at a later date.

In lieu of flowers, memorials may be made to Hospice and HomeCare of Reno County or Hutchinson Regional Medical Foundation, in care of Elliott Mortuary, 1219 N. Main, Hutchinson, KS 67501.