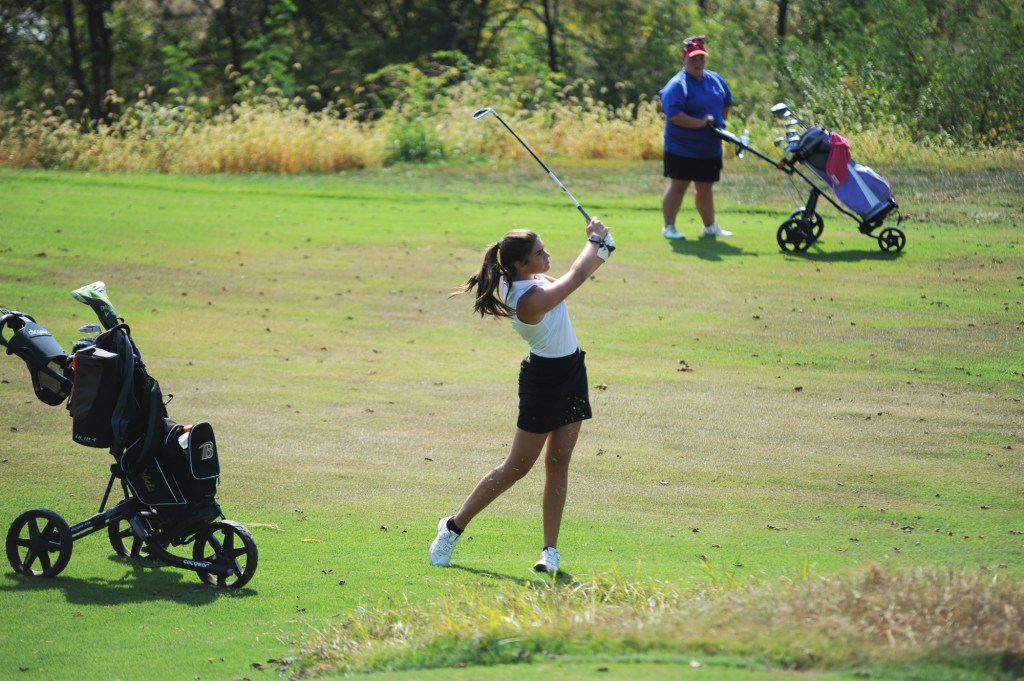 Maggie Cerqueira shot an 86 to advance to the state tournament. (Photo Derek Brightwell)

As a team, the Lady Rebels shot a 402, good for third place in the region. Anderson County finished first with a 367 and qualified for the state tournament as a team.

Riley Cerqueira and her sister Maggie both shot 86 to take the final two spots for individual qualifiers.

Along with the Cerqueira sisters, the Boyle team consisted of Carly Durham, Paige Newby and Ella Grace Gover. The third place showing is a strong one for a team that only had two upperclassmen on the roster (Riley and Newby) and was filled with freshmen or younger. 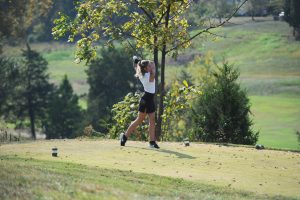 Throughout the year, first year head coach John Cerqueira was proud of his team for how they progressed and kept a positive attitude. That culminated with a strong showing in the regionals.

This golf season — and specifically the regional tournament — was different for a couple of reasons. First, the regions were realigned, and coach Cerqueira said at the beginning of the season that it was such a shift that he wasn’t entirely sure who was in the region. The biggest change, though, came in how teams qualified for the state. Previously, the top two teams qualified with the trade off of taking fewer individuals.