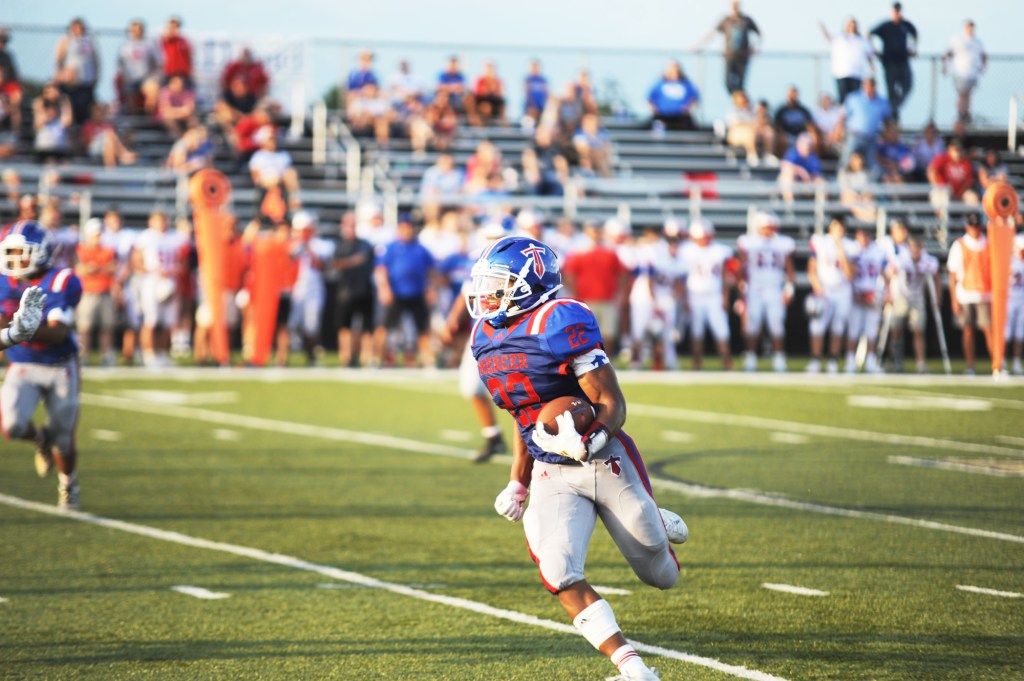 After scoring a big road win against Class 3A No. 4 Christian Academy of Louisville last Friday, the Mercer County Titans have leapfrogged the Centurions (now ninth) in the rankings, jumping to No. 7 in the latest poll.

The Titans (5-1) jumped out to their best start since 2013 this year by winning their first three games of the season. Week 4 against Boyle County has been Mercer’s only loss of the season so far. But Dave Buchanan’s team bounced back in a big way after that with a rout of Garrard County.

The biggest win of the season, however, was last week’s 45-42 win at Christian Academy, who many believed would challenge for the 3A state crown this year.

Malachi Yulee leads a potent Mercer rushing attack. In his six games this year, he has amassed 714 rushing yards on 67 attempts with eight touchdowns. Brayden Dunn ranks second on the team with five TDs on 43 runs for 283 yards.

The Titans will be in action at home on Friday Oct. 4 against Western Hills.

Boyle (6-0) has combined an explosive offense that can seemingly score at will with a stingy defense that has only allowed 42 points all year. Will McDaniel is the leading rusher in a balanced rushing attack that features three backs averaging around 50 yards per game. McDaniel (384), Andrew Sacco (249) and Landen Bartleson (247) have all been key contributors on the ground and have six, four and eight TDs, respectively. 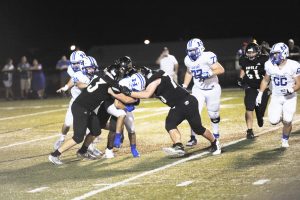 Through the air, quarterback Reed Lanter has accumulated 1160 yards passing and 14 touchdowns. Reese Smith has been on the receiving end of eight of those TDs and 597 of those yards.

Defensively, the Rebels have forced 12 turnovers — six fumbles and interceptions each. Smith has picked off three of those passes while McDaniel, Reiley Colwick and Cole Lanter have one each. McDaniel also has a fumble recovered for a TD, as does Daulton Peetz. Cole Lanter, Cash Logan, Zach Mason and Luke Sheperson have scooped up the other four fumbles.

Boyle is off this week, but will welcome Lexington Catholic to Rebel Stadium on Oct. 11.