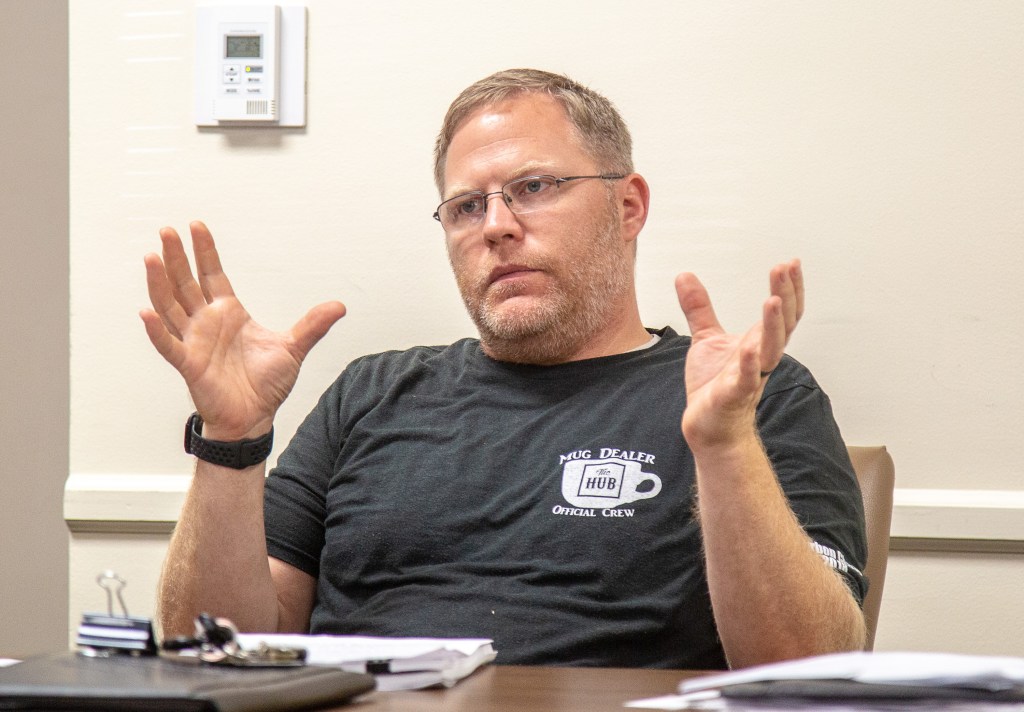 Boyle County may prohibit “dedicated” short-term rentals in some agricultural and residential zones beginning in 2020.

Short-term rental properties run through companies such as Airbnb and VRBO would be allowed in the county’s agricultural zones only if they are “hosted” — if the property owner is living in or near the property. Those same hosted type of rentals could be allowed in R1 and rural residential zones if the owner gets a conditional-use permit.

Boyle County elected officials generally agreed on those “creative” ideas, as P&Z Director Steve Hunter called them, Thursday morning. The rules could become part of a revised zoning ordinance, which if approved would take effect Jan. 1.

The changes discussed Thursday would only apply to the unincorporated portions of Boyle County, outside of Danville, Junction City and Perryville.

The proposed zoning ordinance as recommended by the P&Z Commission would have permitted all types of short-term rentals in the agriculture district.

Cullen said he would be in favor of prohibiting short-term rentals entirely or at least requiring a conditional-use permit.

“We represent the taxpayers of this county, not the people who are buying houses so they can make money and most likely skirt taxes,” Cullen said. “I want more tourism, but I want it the right way. I don’t want to sell our soul just to make a few extra dollars.”

Hunter said his point is the regulations shouldn’t necessarily target short-term rentals in a blanket fashion, but should be designed to create a “deterrent for the bad actors.” Hunt said while the number of short-term rentals has doubled over the summer from around 30 to around 60, he really only gets complaints regularly about the one rental property on Kings Mill Road.

The conversation resulted in Hunter and county magistrates coming up with their “creative” idea of drilling down into the different types of short-term rentals as defined in the proposed ordinance.

Hunter said the dedicated rentals are the ones that are most likely to generate complaints, and there are scary developments that could materialize in the future. More and more people are buying up residential properties in order to rent them, and even some big hotel companies, such as Wyndham, are getting in on the game.

“Our corporate hotel giants are moving into this market and they are buying up thousands of properties” around the country, Hunter said.

There was general consensus from the fiscal court that they would like to allow only hosted rentals in agriculture and residential zones. Allowing hosted rentals with a conditional-use permit would actually loosen the proposed rules for the R1 and RR residential zones; the original recommendation from the P&Z Commission would have banned them entirely.

Hunter said he would insert the changes into the county’s version of the zoning ordinance and he would take the county’s idea for hosted-only rentals to the Danville City Commission.

“I think they would be very interested in that,” he said.

The proposed zoning ordinance amendment addresses a far broader cross-section of rules and regulations beyond short-term rentals, including everything from commercial signs to solar panels to accessory buildings in backyards.

Hunter said all of the governments who partner on P&Z in Boyle County must take action on the P&Z Commission’s recommended ordinance within 90 days from when the commission made its recommendation, which was on Aug. 28.

Boyle County Judge-Executive Howard Hunt said he “really likes” what he’s seeing and is “not interested in any kind of denial” of the recommended changes.

Magistrates were in general agreement with Hunt Thursday. But based on a recommendation from Hunter, they said they intend to delay holding a first reading until they learn more about where the City of Danville stands.

Anne Ferguson lives on Kings Mill Road, where the problematic short-term rental is located. She attended Thursday’s fiscal court workshop and told magistrates she thinks the problem is much bigger than what she deals with on her street.

“I just want to say thank you to each one of you for really thinking about a problem here,” she said. “… You’re losing long-term rentals that are being converted to short-term rentals and you’re endangering your housing availability. And that is particularly in the city and it is particularly around Centre College. That is a whole other issue.”