Rebels use bye to recover, improve 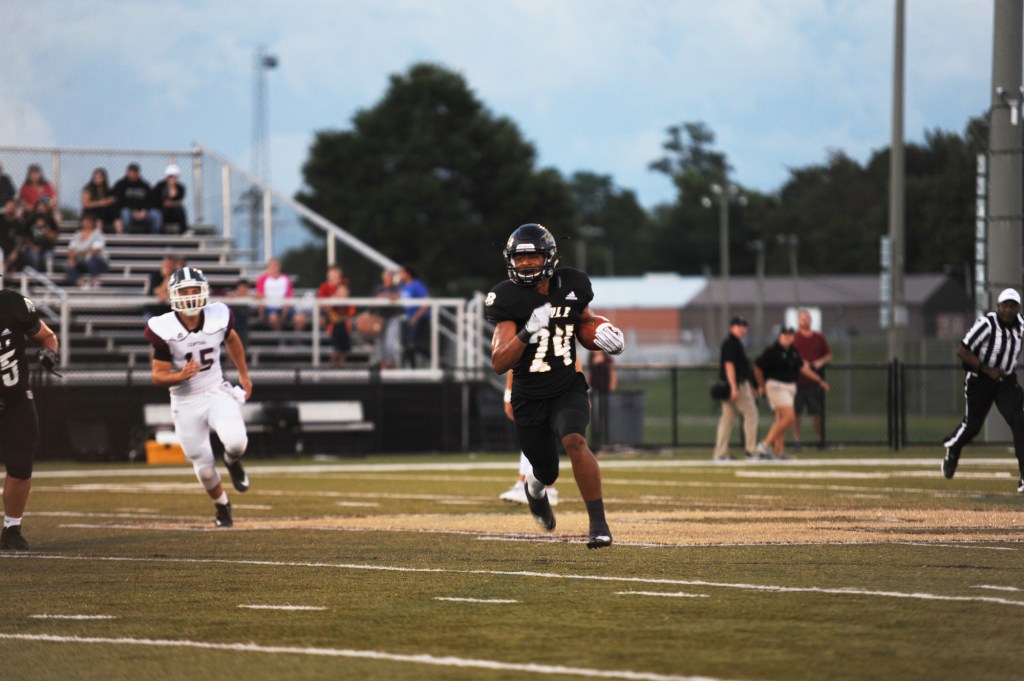 With no opponent this Friday, the Boyle County football team is taking the week to improve and recover from some nagging injuries.

Last season ended in disappointment for the Rebels, and the players made the team’s offseason mantra “Finish the Mission” in regards to bringing home another state title. To that end, Boyle has come out firing on all cylinders to start the year 6-0.

Still, head coach Chuck Smith is using the off week before welcoming Lexington Catholic to Rebel Stadium to assess his team’s weaknesses.

“We’ve identified some things that we want to get better at and we’re kind of breaking them down and doing that,” he said. “We haven’t really talked and looked a lot at the game plan this week. We’re mostly focusing on ourselves and trying to get ourselves better and we’ll focus on the game plan next week.”

Like every team, Boyle County has had some players banged up through the grind that is a football season. One of those players is Landen Bartleson — who left the Christian Academy game two weeks ago with a hamstring issue and missed the Highlands win.

“He’s doing better. I still think he’s questionable,” Smith said about the senior. “You can’t say he’s not working hard at it. He’s really busting his butt. But he’s got to be at 100 percent before he can go.”

This week and next will be the off-week for many teams around the state, as a midseason bye gives coaches an accurate assessment on their teams and allows players to recover from nagging injuries.

While the week of practice with no game to look forward to can be challenging, Smith said he’s liked what he’s seen out of his team this week.

We’re out here working. I’ve liked the energy of the guys,” he said. “We had a great practice (Tuesday) in terms of attitude, effort, hunger and desire. They came out here and worked and that’s what we’re looking for and expect everyday.”

Lexington Catholic represents the third straight Top 10 team the Rebels will have faced. The Knights (4-2) enter their bye week ranked No. 5 in the state 4A division and have only lost to 5A No. 1 Covington Catholic and 2A No. 3 Lexington Christian.