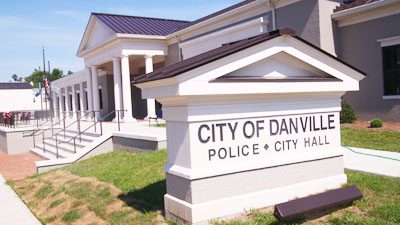 During a special meeting Wednesday, Danville City Commission unanimously voted to buy land off of U.S. 150 for $250,000, in order to construct a new water tower.

City Attorney Stephen Dexter said it would be no surprise to the commission, “due to the publicity in the matter, in an effort to improve the city’s water distribution system to its customers in the City of Perryville, the location of an elevated water tank has been determined as a necessity.”

The land being purchased is at the intersection of U.S. 150/Perryville Road and Tuggle Road, and was “located through engineering,” Dexter said. “Property owners are Rodney and Vicki Marlow, as have been discussed during prior meetings on this issue in the county.”

Rodney Marlow had taken part in a July Pulse of the People event in Perryville, where that district’s magistrate and other county officials meet with constituents for an open forum. Marlow brought up how someone from the City of Danville appeared at his door and told him they were going to build a water tower in his backyard, and that he could get no answers from the city about the project. Some county officials discussed the “mystery” and “top secret” movements surrounding the water tower project, and told Marlow they had been unable to get any answers from Danville.

“We typically discuss these matters in closed session, as would be our habits and rights under the open meetings laws, however due to prior public identification of this property — and the fact that a dollar amount has been proposed by the Marlows, and publicity of that number won’t affect the value on (the city’s) end — I thought open session was appropriate in this case,” Dexter told the commission.

Dexter said the Marlows have signed a contract to accept the sum of $250,000. That includes a 5-acre tract, which has a home and a large garage located on it.

Commissioner Rick Serres asked Municipal Utility Engineer Earl Coffey to explain why the city wants this specific parcel of land for the tower. “I’m going to ask (Coffey) if he’ll explain why this is a perfect spot, compared to a piece of property that would be a lesser cost.”

Coffey said several factors came into play. “Elevation is the most critical. The higher the ground elevation, the lower the columns needed in constructing a tank,” he said, explaining that lower columns mean a lower price on the structure.

“This site was recommended by HDR (engineering firm) as being the most effective,” Coffey said. “The other part of the equation is the hydraulics are consistent with the piping necessary to tie the tower to the system, and this site also checked that box as well.”

He added that the “savings to relocate this to an alternative site that was equivalent could well exceed the price negotiated and identified.”

“Due to interference as referenced by our city attorney, there was a time where we thought we were going to have to go somewhere else, which would have actually created a much more expensive proposition,” Mayor Mike Perros reiterated.

“I wanted to bring it up because the public wants to know, certainly,” Serres said. He said Coffey “described it very well, in terms of height, going to a higher elevation, and everything that goes with that when you’re trying to get water out to people.”

Dexter told the commission it’s important to note “that this project is funded from the water distribution system’s budget, which is a separate pot from your general taxpayer dollars, in a self-sufficient fund, or it will be after you improve a reimbursement resolution to come from subsequent borrowings.”

He said, “However, the residents of Danville should know that they in fact are not paying for these improvements. Its users of the system are paying for it, which in effect turns into the cost of service study the city does from time to time to determine rates.”

After the meeting, Coffey said the project was considered in the last rate study. “However, as with all projects after completion, the actual project costs along with other changes in operating expenses will be evaluated. This will be done during the next water rate study to verify rates are sufficient to cover the expenses.”

Dexter said the contract was fairly basic, with a proposed closing within 60 days. But “the Marlows expressed a sincere desire for a closing to occur as quickly as possible. (They) have identified a property they would like to purchase and move into, and will be available soon should they have the funds for it.”

He said the Marlows proposed the city close on the property this week. Dexter also prepared a proposed deed of conveyance. A third resolution was also presented to reimburse the city’s general fund for the project expenses.

All three resolutions were unanimously passed.

Coffey said work would begin on the water tower immediately. “We expect to have the plans completed and ready to advertise (for bids) in March of 2020.” He said a 6-month construction period was expected.

The proposed water tower will upgrade and replace the existing undersized and ineffective water stand-pipe, sitting on the east end of Perryville, Coffey said. “Because the tower elevation is improved, the project will subsidize water availability for the west end of Boyle County, including all customers in Perryville.” He said in addition to reliability, there will be improved fire protection due to improved access to water supply for the Boyle, Perryville and Danville fire departments.