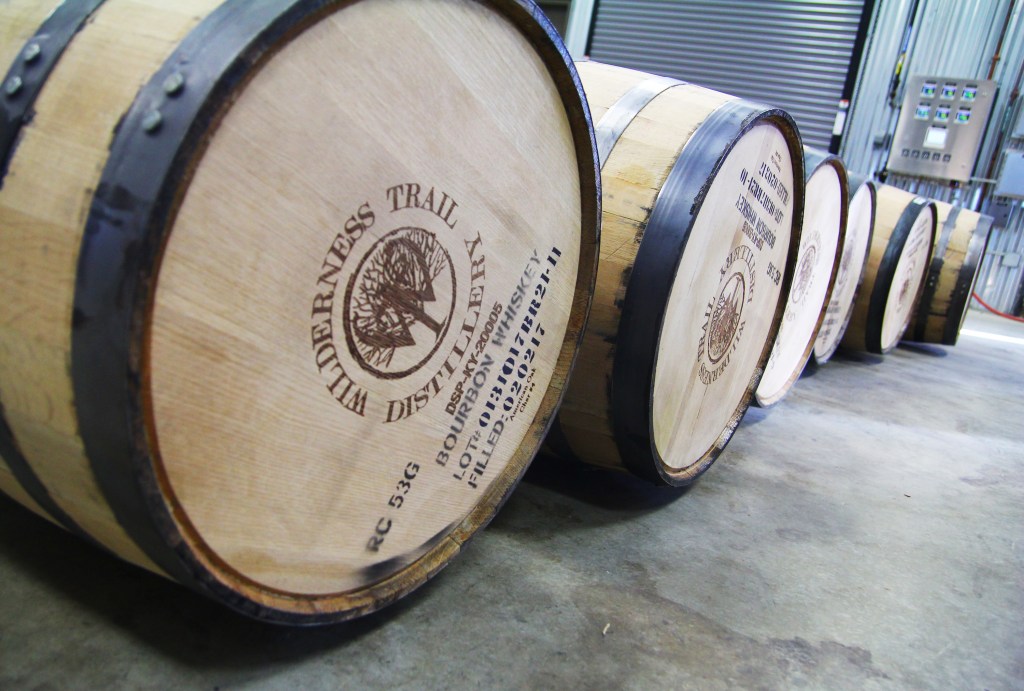 A local distillery is once again getting ready for another expansion. Wilderness Trail Distillery on Lebanon Road was granted a site plan amendment recently by the Danville-Boyle County Planning and Zoning Commission, which unanimously approved the move.

During a public hearing held last week, no one spoke in favor of or against the amendment.

According to the site plan, there are three new buildings proposed — which includes one that was already approved in 2017. Now, the distillery plans a 13,000 square foot addition onto the side of that building’s plans.

Shane Baker, co-owner and Master Distiller, said Wednesday that the plan also includes an expansion of their bottling and administration buildings.

The other two new warehouses each total 16,624 square feet. Last week, P&Z Director Hunter used a pointer to highlight a proposed driveway that would be added to those locations during last week’s meeting. “There will be no new parking or anything like that. These are all new travel ways to new rickhouses and facilities on the existing properties.”

Hunter said the square-footage goes “from about 91,000 to 137,564 square foot of building that will be on this property after the whole build-out of the construction plan,” which will be on 44-plus acres.

Baker says the two warehouses on the northern end of the property will be for barrel storage. “They will store 20,520 barrels each and will be the next in line for construction, which starts the end of this week,” he said.

Baird asked, “How come they never constructed the one that was approved in 2017?”

Wise said he thinks parking for the BBQ Festival may have something to do with it. “… there’s a road that comes through there they use for the festival, so they had planned to buy that property from the Industrial Foundation and did so last year. I think they just decided to continue growth there (on the main property) instead of in the middle of a field.”

Wednesday, Baker said, “We continue to delay that construction spot due to ongoing parking needs for events we host here, but one day there will be another barrelhouse there in the future.”

He said the distillery’s bottling operation is undergoing a $1.5 million expansion right now with a new automated bottling line and warehouse space, as well as adding more headcount in operations and administration.

“That has us outgrowing the space in the old Grimes home we utilize for offices currently,” Baker said.

The distillery currently wrapped up around $6 million in capital projects this year, and has $8 million in projects underway for 2020 — “to keep up with our growth in our bourbon brands,” he said.

Baker said the company is ahead of where they thought they’d be at this time, for certain. “Six years ago, we were making 2-3 barrels per day, and now we make around 215 per day. With that kind of growth, we have expanded rapidly to keep up, and sometimes you don’t realize it until you are away from things a few days, and then it sets in — we are just elated to be where we are at.”

Baker said beyond building out the distillery’s footprint, “we are looking at land in the county for future expansions. We have a huge announcement coming in a few weeks that is a major milestone for the distillery, and will certainly bring a lot more tourism into our community and local businesses; it’s a game-changer for our community.”

The P&Z Commission unanimously voted in favor of the following subdivision approvals: