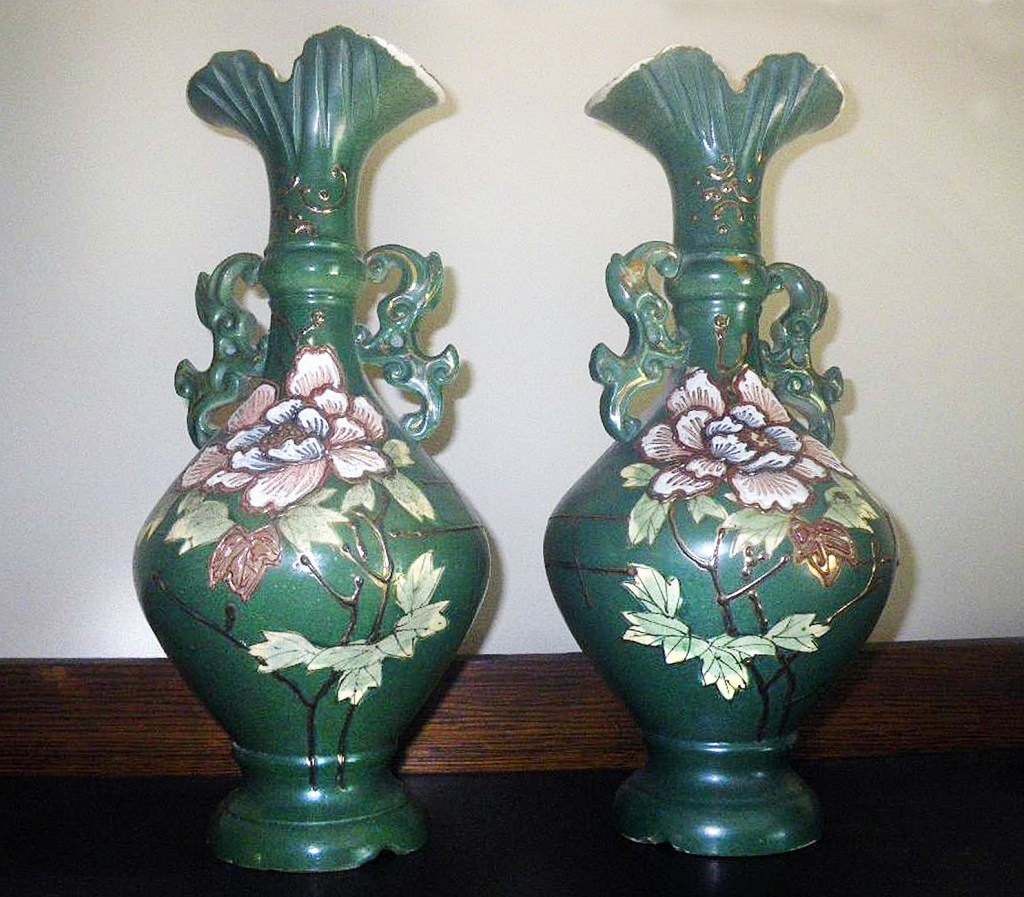 Question: Hi Jerry. I inherited this set of vases from my mother in 1990. Can you tell me anything about them? They are in perfect condition. Thanks.

Answer: What a stunning pair of vases. Your vases are from Japan. Pottery and porcelain are one of the oldest craft forms in Japan and dates back to the Neolithic period.

This piece dates to the Taisho Era, which was from 1887 to way up in the 1970s. However, style-wise, I’d say that your pair of vases will date to the 1880s to the early 1900s. This was a real break water time for Japanese pottery.

It was at this time Japanese pottery was being strongly influenced by British art pottery. Many artists and companies were moving away from the traditional shapes and colors and were imitating a more Western flair.

Now, just so you know, the decoration that you have is called moriaga decoration or squeeze bag decoration.

onto the surface. You can imagine the time and the skill that took.

I asked a friend of mine about the marks and they said it was an unfamiliar mark. But it could have been any number of dozens and dozens of pottery companies that were exporting to

Europe and America — companies that would have likely been destroyed after World War II.

It’s great that you have a matched pair. Pairs of items always sell better. I love the unusual softer greens, and not the more harsh, bolder colors that were more common at the time. Excellent condition is always a plus.

If you’ve read my articles before, you’ll know that the market is really saturated with fancy decorative things. But based on the attributions that I mentioned above, I think at a nice antiques store they would be priced at about $125 for the pair. Thanks for sharing them with us.