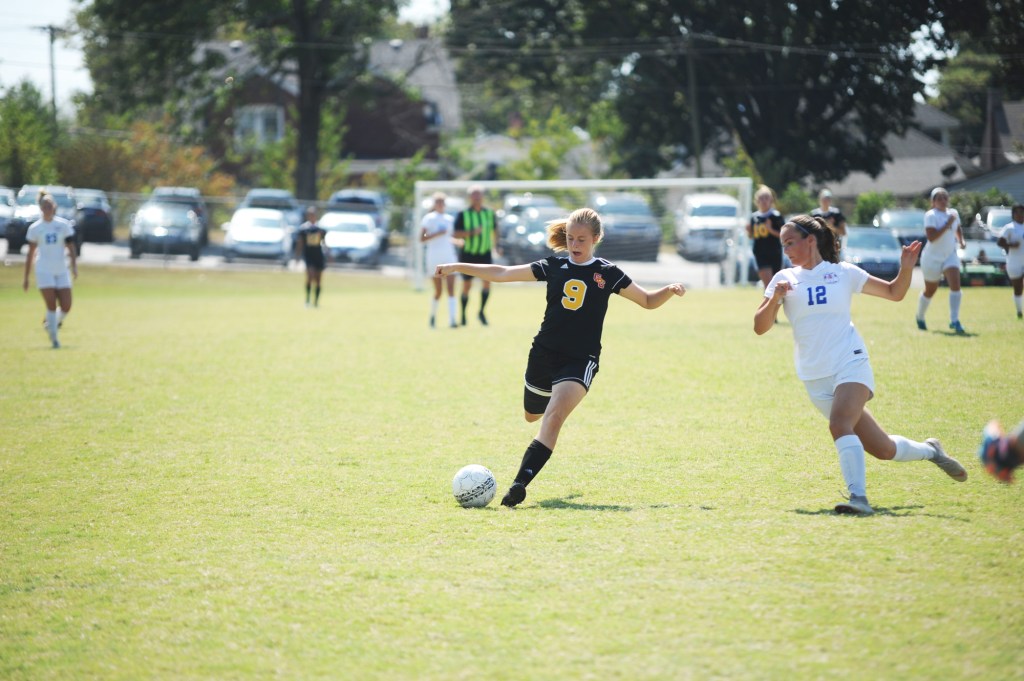 Hannah Day leads all Garrard County girls with 27 goals this year. She's helped lead the Lady Lions to a historic year and the No. 1 seed in district. (Photo Derek Brightwell)

The girls soccer 45th District Tournament kicks off Monday, Oct. 7 with a rematch between crosstown rivals Boyle County and Danville at 6:00 p.m. Host Garrard County takes on Lincoln County in the late game of the first round which is scheduled to start at 8:00 p.m.

The Lady Lions have put together a historic season this year, snapping losing streaks against both Danville and Boyle County that have almost spanned the last two decades. For its efforts, Garrard (13-3, 3-0) claimed the top seed for the tournament and will host the two round event.

Danville hopes to snap that streak in the first round as it looks to avenge the early season double overtime loss during rivalry week. To do that, it will need to snap a losing streak against the Lady Rebs of its own. The last time a Danville girls soccer team topped its rival was the second game of the 2007 season.

Mercer County will play host to the 46th District Tournament, despite finishing second in the standings. The Titans will take on East Jessamine in the first round to earn the right to face the powerhouse that is West Jessamine. The first round matchup kicks off at 7:00 p.m. on Monday, October 7.

Casey County will travel to Pulaski County for the 47th District Tournament. In the first round the Rebels will have two-time defending district champion Somerset. That game will kick off on Saturday, Oct. 5 at 7:00 p.m.