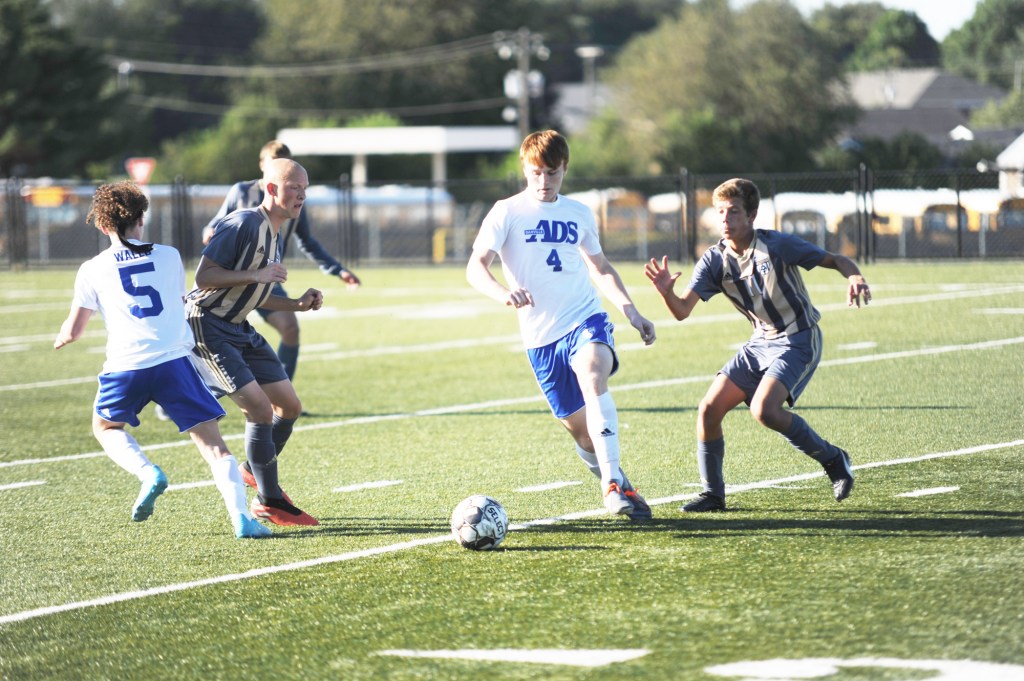 When Danville midfielder Sam Brunner went down with a season-ending leg injury in the second game of the season — a loss to regional foe West Jessamine — it was a devastating blow to the Admirals looking to get to the state tournament this year. But the team rallied and rattled off eight consecutive wins. And senior Ethan Redmond is to thank for a lot of that.

“The first couple of games when (Sam) got injured it was hard. He was the heart and soul of our midfield, defensively especially,” Seth Brunner, Sam’s brother said. “He’s just such a great player and plays so hard and never quits.

“We needed somebody to step up offensively and Ethan was our guy. He’s such an athlete. He’s got a great sense of where the goal is — always finding the ball and always shooting. He’s not afraid to get in there and break tackles up top and go crazy. It’s been great having him up top.”

Redmond entered the season playing on the defensive end of the field, as he had his entire high school career. With Brunner’s injury, head coach Brent Beauman had to change his team around and move the senior up top. Since then, Redmond leads the team in goals with 21 and points with 50 and ranks third in assists with eight. In his career leading up to that, he only had 13 goals, nine assists, and 35 points total.

“He’s been playing with me since fifth grade at Bate and he’s always wanted to get the ball and go and try to score,” Beauman said. “Then as a freshman, he was a right back. Sophomore and junior he had to play center back out of necessity and we had other options up top. But when Sam went down we had to kind of rework things.”

One of the things that had to reworked was the entire defense. But with the combination of goalkeeper Keeton Burnside and senior centreback Seth Brunner the defense has continued to excel, recording six shutouts.

“Definitely with Seth — a senior centerback three year, almost four year starter in that position. This year he’s taken on more of a leadership role,” Beauman said about the adjustments his team has made.

Beauman said that — combined with the trust he had in his other defenders — Redmond’s offensive ability left no doubt in his mind what the right play was.

“It was kind of — keeping him back will probably stop a goal, but pushing him forward is going to get us two or three. With that rationale it was a pretty easy choice.” 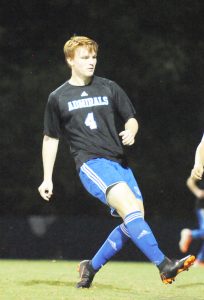 Redmond played striker on his club team, so the adjustment wasn’t too hard for him, although the high school level can be a little different.

“It was an easy transition because of that. Obviously you play a little different, just in the way you play the ball back and stuff like that.”

One thing that you notice in talking with Redmond is that he doesn’t like to talk. However, once he gets on the field, he is as electric as they come.

“He goes 100 miles an hour. He takes time to get back and get at it,” Beauman said. “He’s so strong. He would probably get a ton more fouls and free kick opportunities but you just cannot knock him down and he won’t go down.

“When he’s on the ball, he’s determined and he’s just one of those freaks that’s so strong. It’s just good genetics.”

Even without being the vocal leader, Redmond has earned the respect of all his teammates, and they knew that he could fill in the hole left by Sam Brunner’s injury.

“He’s stepped it up, for sure,” Danville’s career assist leader Briar Sanders said. “Putting him in the mid(field) was different for him. It gave him something new to work on but he did good.”

On the defensive side, Seth Brunner said that losing Ethan to the midfield has been hard, but the team has rallied and other players have contributed in new roles.

“It kind of sucks not having (Ethan) defensively. Switching up formations — you play the same formations with the same group of people for three years. Having him back, he’s such a strong and fast player. He can catch anybody — just an incredible defender,” Brunner said. “But I think he’s gotten comfortable up there and our team, now that we’ve adjusted to him up top and playing three in the back, we’re not as worried.

“Guys have stepped up like Ryan (Clarkson). He’s playing wing and we moved him to one of the centerbacks. He’s stepped up incredibly.”

This week, Danville looks to win its third consecutive district title and get back to the state tournament for the first time since 2011. If the Admirals want to achieve those goals, their hopes might just rest on the toes of Ethan Redmond.