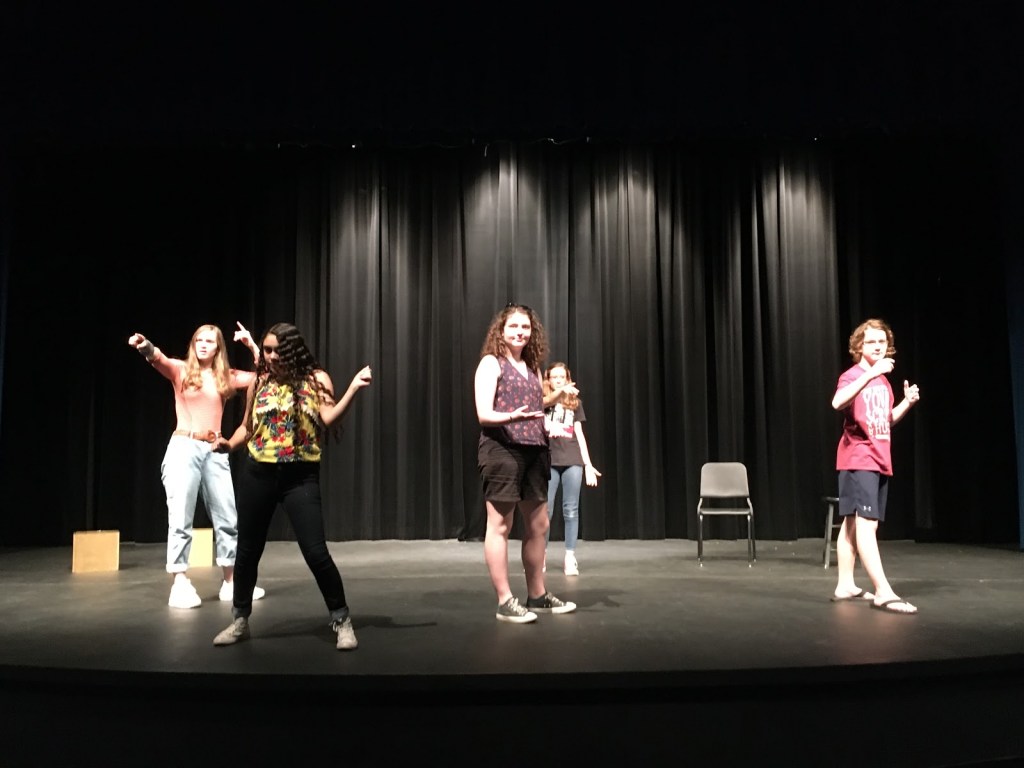 Although in the sports arena, the Danville Admirals and Boyle County Rebels are usually passionate adversaries — one area bucks that trend: theater.

Both Danville and Boyle County high schools are members of the International Thespian Society and have active Thespian Troupes. Once a year, high school actors across the state meet in Owensboro to celebrate their craft at the Kentucky Thespian Festival.

This year, a featured performance will be given by the combined theatre departments of DHS and BCHS.

The show is a collection of neo-futurists plays entitled “Too Much Light Makes the Baby Go Blind: 30 Plays in 60 Minutes.”  Each play is about two minutes long and often includes audience participation.

The idea of a joint performance came from Libby Hale, a student at DHS who has performed the piece before.

According to Hale, “This play gives the actor the rare opportunity to play themselves. The spontaneity of interacting with the audience is an exciting challenge. Not knowing the order of the plays, because the audience decides that, is the real shabang!”

She was enthusiastic about the two schools coming together to present such an unusual, fun, and fascinating collection of short plays.

The DHS cast was fortunate to Skype with a director and performer from the New York Neo-Futurists, who have performed this show for thousands of audience members. The director  told the cast that one of the things that stands out about this show is how it builds community.

Jane Dewey, Danville Schools director of arts education, said those who take in the show will find a rare experience.

“You will be part of the community. The audience is part of the ensemble — they decide what play is performed next, and are sometimes included as both group and individual characters in these short plays. It truly is a chance for everyone, audience and performers to come together in a space and ‘play.’”

Tickets will be available at the door, and includes entry into a combined art show between the two schools, and a dessert reception with the actors and artists to follow the performance.

Admission includes a combined DHS and BCHS art show and a Dessert Reception with the actors and artists  in the lobby following the show. Tickets are available at the door.