Civil War is remembered in Perryville 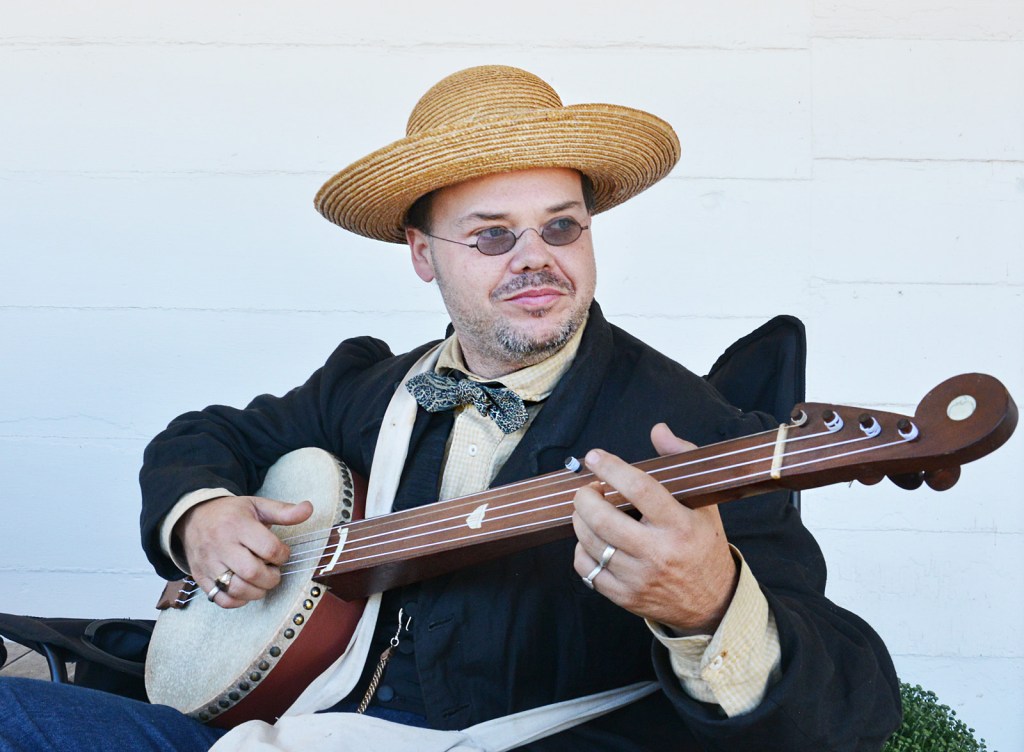 Chris Propes, of Nicholasville, plays the banjo he made on the front porch of the H.P Bottom House on Saturday.

The 157th anniversary of the Battle of Perryville took place at several locations on Saturday. 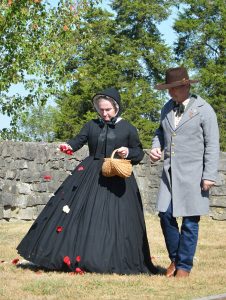 The Kentucky Parks Department canceled all of the reenactors’ living history campsites and other events at the Perryville Battlefield State Historic Site for fear of an accidental fire being ignited by a spark. But the bloody battle was remembered during the Sons of the Confederate Veterans, John C. Breckinridge Camp #100 at the park on Saturday, with the laying of the wreath ceremony by the Kentucky Civil War Preservation organization, and a speech by Jason Boshers, Army of the Tennessee Commander.

The Friends of Perryville hosted Civil War reenactors at the private home of Alan Hoeweler, who opened the doors to visitors. “Soldiers” pitched tents on the front lawn, and ladies in hooped skirts paced on the front porch, which was decorated with patriotic bunting. Visitors were invited to tour the house and talk with soldiers about life during the Civil War.

Re-enactor, Phillip “Scarlet” Powell, of Burgin, said the Civil War took place “in my backyard.” As he was teaching Ben Scott, 7, of Indianapolis, how to collect water in canteens for the other soldiers, Powell said, “Bein’ in the army is hard work, ain’t it?” 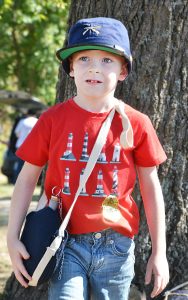 Ben Scott, 7, of Indianapolis, caries a canteen while pretending to be a Civil War soldier Saturday afternoon at the H.P. Bottom House. Scott was visiting Perryville with his grandfather, who said the boy’s fifth great-grandfather from Wisconsin, died in a cornfield at the Battle of Perryville.

For a special show, several Civil War reenactors riding horses met in the dry bed of the Chaplin River. They faced off and took turns charging toward each other while waving their swords in the air. When they met, a slight “clinking” sound was heard as the blades touched.

After several rounds of this practice, the horses and riders stopped so that a spokesperson could talk to the audience. He said what they were doing may not seem like a real battle reenactment — and it wasn’t supposed to. They were actually doing drills that the Civil War soldiers would have practiced with their own horses to get them ready for battle. 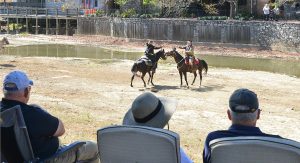 Sitting in the shade near the dry river bank of Chaplin River, a group of people watch as re-enactors and their horses lunge toward each other weilding swords. 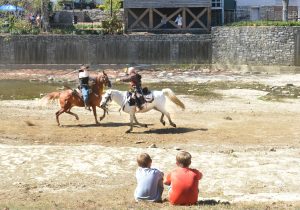 Sitting on the dry river bank of Chaplin River, two boys watch as re-enactors and their horses lunge toward each other welding swords. 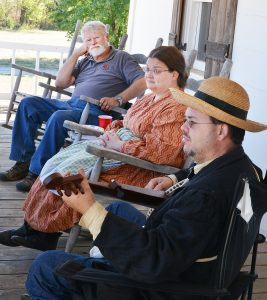 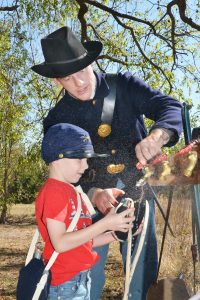 Phillip “Scarlett” Powell, of Burgin, helps Ben Scott, 7, of Indianapolis, fill a canteen with fresh water on Saturday. Scott was visiting Perryville with his grandfather, who said the boy’s fifth great-grandfather from Wisconsin, died in a cornfield at the Battle of Perryville. 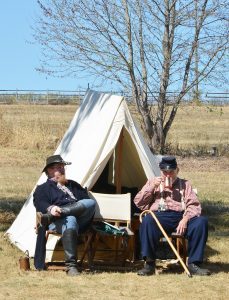 Two Civil War re-enacters sit outside of their tent in front of the H.P. Bottom House Saturday afternoon. 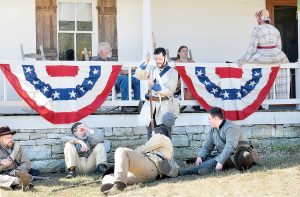 Civil War reenactors sit in the shade of the H.P. Bottom House Saturday afternoon. Even though the Kentucky Parks Department cancelled the living history events at the park due to dry conditions, Alan Hoeweler opened up his private house which is surrounded by the Perryville Battlefield, for the re-enactors to set up camp and for visitors to learn more about Civil War history of the area. 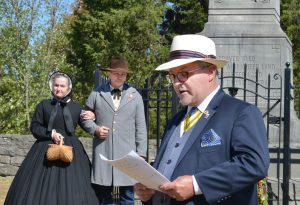 Jason Boshers, Army of Tennessee Commander, talks about the Civil War soldiers who fought at Perryville on Oct. 8, 1862, during the Confederate Memorial Service held at Perryville Battlefield State Historic Site at noon Saturday.