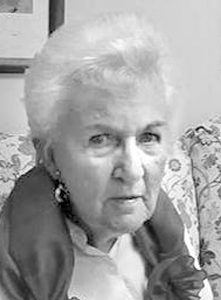 Pauline (Baker) Hopkins Griggs, 85, of Stanford, passed away peacefully on Monday, October 7th, at the Stanford Care for Health & Rehabilitation. She was born in the Broughtontown Community of Lincoln County, KY on March 14, 1934. Pauline was a daughter of the late Oscar and Grace (Harness) Baker. She was the widow of her first husband Jessie Hopkins and second husband Billie Griggs. Pauline had worked for Cowdens Manufacturing and had owned and operated the Hopkins Grocery in Broughtontown. She also worked in Lancaster at the Quick Stop Market for over 15 years and was a member of the Stanford Church of Christ.

Memorial contributions are suggested to the Stanford Church of Christ at 729 Foster Lane, Stanford, Kentucky 40484.